Moscow 2012: The safest, the cheapest, the best prepared

Moscow is the best placed among the five Olympic candidates

MOSCOW 2012. Let us become accustomed to hearing this, because Moscow is ready to host the Olympics Games. The security plan is in place seven years before the event, the city presents the cheapest venue of the five and is the most advanced in terms of physical accommodation, with 23 of the 37 infrastructures already built. 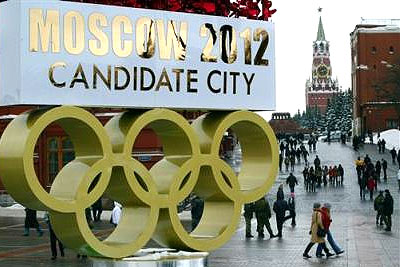 Moscow is also the safest city in terms of security, with the Olympic River concept ferrying athletes and spectators to and from events providing an alternative to congested streets and vulnerable underground systems in the other candidate cities (London, New York, Paris and Madrid).

As far as accommodation is concerned, Moscow has plans under way to increase hotel accommodation gradually by 2010, providing between 170.000 and 200.000 beds.

Apart from the fact that Moscow has satisfied the International Olympic Committee in all of its requests, the city is preparing to further the Olympic cause by hosting a series of sports events, under the premise that Moscow favours all sports, not just a handful of the most popular ones. Moscow's great experience in organizing major sports events is also second to none.

The hosting of the Korloff Cup this weekend in Moscow is the reply by the Russian business community that it is ready and willing to support the bid for Moscow to be host of the 2012 Olympic and Paralympic Games, which will bring added dynamics to Russian society at a crucial turning point in this country's history.

Moscow's unique and privileged position as a bridge between east and west, as a gateway of friendship between past and present, as an open door for dialogue between the brotherhood of nations in the international community, sponsoring a process of dialogue, debate and discussion, the fundamentals of democracy, on a constant and sustained basis, and the fact that Russia is the only country among the five candidate nations that has not hosted a major event in the last 25 years, should not be overlooked when the IOC reveals its decision in Singapore on July 6th.