Massacre against those who first made starve the helpless 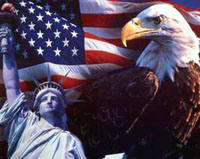 Remember the "Chain sawing massacre?" Naturally, it was a US-production and naturally it showed how an insane perpetrator chain-sawed in bloody pieces some horrified victims. As always, that example served many other serial killers how to treat their victims in cellars and other hidden places in the world like the Marine School in Buenos Aires or some CIA-places in Eastern Europe. And as always, professional state-terrorists were - and are still today - much more "efficient" than individual terrorists - in the business of planning every day's massacres.

Especially when nations like USA and their friendly dictatorships in Argentina (Videla), Chile (Pinochet), Paraguay (Stroessner), Brazil, Colombia, Guatemala (Somoza clan), Iraq (Saddam Hussein), Afghanistan (Taliban) and many, many other states on all continents did, in the last 50 years, start their war against socialism or any other human idea, by torturing to death their own youth, mostly assisted by a cynical and stupid hegemon and his secret services. And they knew perfectly how to apply their criminal instrumentariums, invented by "bright" heads like Henry Kissinger or Karl Rove or any other idiotic advisers, also assisted by think-tanks of egoistic power-states.

And none of the famous editors of any newspaper of "reputation" in the whole world would have found the matter special. Never these media applied any brains with higher capabilities to write about those criminal deeds and to build up explaining chains of actions/reactions or origin/effects in their pages – until the terror was born out of this short-viewed look on reality. On the contrary: Populistic guys like Murdoch, Springer or Berlusconi found first that such stupid methods in presenting realities would be very popular and funny – and the other media followed always the bad example without reasoning for a minute about the consequences. Thus function our world-media and it was so with Hitler, Stalin, Mao, Truman-Nixon-Kennedy - and today with GW Bush.

We had this state of affairs already with the Jews during the Second World War under Hitler, in China under the Japanese Tenno, in parts of Ex-Soviet-Union under Stalin, in Vietnam and many other countries under the US-hegemony. And never there were explaining "breaking news" recognizable, nothing of worth to be wondering about. When later some other perpetrator-states did the same (bombing for example the Lebanon back to the Middle Ages in front of our open eyes, and others than Israel or the USA should be covering the cost for the damages, months later at a Donators Conference), we never recognized that a new "equilibrium of state terror" would be a principle of justice. We never understood that a new balance of terror should be a firm requirement for having also a new balance of equity and justice in this world.

But the present status quo seemed always very normal for people, who read my articles in online papers and replied: "This man is an illiterate, don't read such scrap." Yes, the truth always hurts those first who have no brain and no feelings of empathy for the victims in such systems of criminal politics, idiotic economics and deadly killing of all ecological logics and laws on Earth. This "normality" is what we understand to be our daily "reality", and therefore "normal" folks can never be enough coward when "it" happens - and afterwards astonished about any atrocities that are planned under the direction of stupid presidents in hegemonic states.

Today we risk a world-wide chain sawing massacre, still headed by the United States. The new key words are: "Globalisation, neo-liberalism, privatisation, shareholder-value" and other shit of feasibility. Let's face the facts:

In times we meant to be modern and ages of enlightenment long behind us, we have experienced two World Wars with far over 100 million people killed in atrocious ways. The perpetrators were very cultural folks like Germany, Italy and Japan. Later the perpetrators were the big shots like the USA: In Vietnam, Cambodia, Korea, Chile, Palestine, Guatemala,  Iraq, Afghanistan and dozens of states where right-wing dictators were killing their own young intelligentsia. That excellent example was copied by China in Tibet, by Russia in Caucasian countries like Chechnya and some other powerful perpetrator nations, demonstrating their power to some other countries where lots of underprivileged people were and increasingly are still living.

But now we come to a new dimension - thanks to globalisation. When the energy stuffs and raw materials will nearly have come to an end, because they were used for poisoning the atmosphere, making air no longer breathable and water undrinkable, used for loading up world's climate with a power of energy that will end up in an ever increasing number of unbelievable long and heavy dryness, biblical water-floods, terrifying hurricanes and other storms of a dimension never seen before. And later, a fight (in fact a world-wide war) for the last drops of oil, for metal, precious materials and other treasures will start all over the Earth's continents.

At that point of developments, we cannot leave the lead to our only and one strong nation, the United States of America. They were the greatest perpetrators in the period of making rich the richest of its own country, whose taxes were lowered by Reagan and Bush with the result to make explode a national over-indebtedness in total figures, never seen on Earth before. And that state planned making starve those who "have-not" - by globalisation. They have stolen common wealth belonging to all – by means of privatisation, they cunningly transferred with the help of Swiss banks and other mafia organisations enormous values out of folks possession into a few big firms or individuals - in order to increase shareholder values. That immense stupidity was based on very ugly theories of economics invented and held up by Milton Friedman, Alan Greenspan, Ronald Reagan, GW Bush. All based on an idiotic idea of the supremacy of US-capitalism over any other reasonable theory of living. And all this shortened any chances for equity and peace in our Orwell-world.

And the worst: Those national mafia organizations were the greatest killers of environment with their huge cars and planes and an insane way of life during the last 50 years. The USA was the main criminal in that matter - to be named in later times: "Future generations shall not have any chances any more with regard to environment, raw materials, energy and all the rest – we could not care less about the future of our own children. So let them torture to death in Marine schools or any other friendly places, if they do not accept our insane theories of economics." In ecological theories, Jared Diamond may be a bright man, but he has no idea of the new "Easter Island" in present times, which in fact is today the whole Earth as a chaotic global system, going down the drain right now. And the media, during this time, shredder banal politics and economics,dull culturalfacts, uselessliterature and gossip of brainless people, the whole year long, and are blinded because they have no time to stop with their craziness of believing that they can "see" what present reality is. Found and real processes of thought hurt the superficial folks - and so we will never get a chance to start with reasoning on a higher level of intelligence.

Before China collapses under its own weight of errors, his huge indebtedness of state, followed by a break down of industrial plants, because other state would no longer tolerate that cheap Chinese with zero salary break away the US or European workers from their jobs, before this new tiger state collapses under the weight of its fantasies in making gold out of nothing, China should try to build up a new military "balance of power" against the USA.

And Russia, as the potentially most powerful state of the future, should do exactly the same. In fact, no other country has so much land, space, undiscovered raw materials, oil, gas and all the rest. Russia has to protect those treasures from other hegemonic nations by developing again own means in atomic threatening power. I am talking here of a counter-weight against all dangers emanating from the USA who couldn't care less about the future of all generations to come. On the contrary: In the final fight for raw materials that nation will try to deviate and transport all rest-goods of the world to their own benefit. And the US-Americans can do so, as long as they dispose of almightiness in military power.

Therefore, Europe, Russia and China should strive for equal rights and power because the United States take as a natural law, to grasp and see all power granted to them alone. Other nations should therefore try to restore a new "Power of Equilibrium" in the world. By doing so, the rest of the world outside the USA can, when time comes and if necessary, let starve the main perpetrator in using up the Earth's wealth for its own use and advantage, transforming it into a deadly poison. And then, under a restored world order, other nations have no longer to fear the killing atomic blows from a militarized and awfully cynical US-America.

Is this story a little bit complex? It is always difficult to learn from an "illiterate" how the future of this stupid and insane world will function, although some other "experts" still proclaim, far too loud, that the future brand-new world will be a pearl and we will soon and forever have no sorrows anymore. How come that most of the "intelligent" heads and philosophers on this world are blind about the experiences they can make every day anew?

Realism is not optimism. Realism today means: People think to be able to understand the power of present blows of huge clubs on our platform of living and to be able recognizing the late consequences of believing in wrong theories of feasibility. But this is a fatal error. Realism is: Calculate the effects of our wrong streams of thinking and to reach the right conclusions thereon. We may try to grasp this process of recognizing what reality is – or we will continue to go down the drain with all wrong systems on Earth. I am sorry to be apparently the only one who seems able to "see" it.