During the course of writing this article, I reached for my handy thesaurus to find appropriate synonyms to describe the profession of “cable television news journalist.” 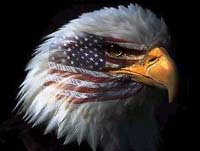 There were three: 1). Pseudo-journalist, a.k.a. professional liar; 2). Bottom feeding scum sucker who regurgitates garbage; 3). A coward often known to hawk unjust and illegal wars from the safety of television studios while avoiding military service.

Okay, I confess. There were no such descriptions in my thesaurus. Still, given the feeding frenzy the profligate vultures of the corporate-controlled media have engaged in after a suspect was arrested for the 1996 murder of preteen “beauty” queen JonBenet Ramsey, there certainly should be.

Of course such frenzy isn’t surprising in media that habitually favor superficiality over substance, and routinely utilize perjurers, plagiarists, psychotics and PIMPS (propagandists in media positions) as their so-called “experts.” Nor is it surprising that many of these alleged “experts” adapt their opinions to comport with the views of any pseudo-journalist they are trying to appease.

In today’s American culture failure to appease a pseudo-journalist can make one the target of “prescriptive publicity”--a McCarthy-era tactic routinely employed by pseudo-journalists against those who express contrary viewpoints. Prescriptive publicity involves misquoting or revealing only a minuscule portion of what a person has said, finding some self-serving politician to “condemn” that person’s words, then announcing where that person is employed or how they earn their living in the hope that job loss or other forms of social or economic persecutions will follow. Yet these same pseudo-journalists rapidly, and hypocritically, develop a “respect” for the constitutional doctrines of freedom of speech and press whenever their opinions, or the opinions of those they agree with, come under attack.

Make no mistake about it: Corporate-controlled media in America were the primary instigators of the illegal invasion of Iraq. While it will never be known whether adverse media coverage alone would have dissuaded the incompetent and arrogant Bush dictatorship from attacking Iraq, these media consistently failed to ask relevant questions, simply because they were salivating over the ratings and profit potential of “embedded reporters,” twenty-four-hour war coverage, and the opportunity to sponsor pro-war rallies.

But how did corporate-controlled media arrive at this dismal state? Ironically by shattering one of the myths of the capitalist system: Competition will always produce a superior product.

The corporate-controlled media have proven that competition often lowers competitors to their lowest common denominator. Therefore a news network losing ratings and profits because it covers only relevant stories and issues will invariably lower its journalistic standards if it witnesses a pseudo-news network gaining ratings and profits by disseminating lies and covering salacious and superficial tripe.

Sadly it is unlikely corporate-controlled media will ever again elevate their journalistic standards, given the “junk-food” culture of America. While many in the developing world are malnourished because of lack of food, America is a nation where people can be gluttonous, and still remain malnourished because of the quality of the food they are consuming.

This analogy also applies to the philosophies of corporate-controlled media: They provide the sensation of being “full” (i.e. informed) while their consumers starve for lack of substance.

Those who doubt this need only be reminded of how differently the media embraced the recent developments in the Christmas Day murder of JonBenet Ramsey and the recent developments in the Christmas day murders of Harry and Harriette Moore. The Moores, two African-American civil rights workers from Florida, were murdered when a bomb exploded in their home on Christmas Day, 1951, making them the first modern-day civil rights martyrs. A few days ago Florida’s Attorney General announced that these murders had finally been solved. Yet a viewer was hard-pressed to find any mention of this on the so-called cable “news” networks. Conversely, coverage of the alleged resolution of the Ramsey murder inundated these networks for hours on end.

That’s not surprising. Three years ago, in a PRAVDA.Ru article entitled THE IDEAL PARADIGM (November 10, 2003), I stated that in America, or at least in American media, apparently the only crime victims worthy of national attention are those who are white, female, fair-haired (preferably blonde), and from well-to-do families.

Clearly all should mourn the Moores, who died in pursuit of racial justice, just as all should mourn the death of an innocent little girl who was brutally tortured and murdered. But for those they left behind who is really more deserving of sympathy?: Evangeline Moore, the daughter who lost both parents because they courageously crusaded to end lynching and gain voting rights for African-Americans, or the Ramseys, the parents who lost the daughter they made-up, dressed and displayed like a grown woman for the vicarious satisfaction of winning a childhood “beauty” pageant.

The corporate-controlled media have given their answer. And, as usual, their answer is wrong.