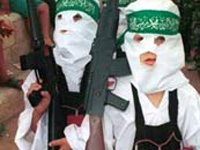 President Bashar Al-Assad of Syria lashes out at the USA and claims that so long as the Bush regime is in power, there will be no lasting peace. Praising Hezbollah for waging their “glorious battle” he claims that a new Middle East has been born, one very much out of tune with Washington.

The month-long war was one of many conflicts, some full-scale wars and others skirmishes, between Israel and its neighbours and at the end of the day nothing has changed: Israel continues to occupy lands which do not belong to it and extremists continue not to recognise its right to exist. Removing both of these causes would be a determined step towards lasting peace.

As far as diplomacy is concerned, President Assad is right: by taking one of the sides (Washington is clearly identified as the champion of the Israeli camp) and by refusing to speak to all the players involved, the State Department comes out of the conflict very badly. Refusing to speak to HAMAS after it was democratically elected earlier this year and refusing to condemn Israel’s horrific war crimes during this and other conflicts, Washington loses all right and reason. In short, the USA is a proxy used by Tel Aviv, or Israel is a puppet controlled by Washington, one of the two.

This is the problem with the unilateralist approach. By taking sides, a power alienates itself from 50 per cent of the players right from the start without necessarily endearing itself to the other half indefinitely. By approaching the question from a multilateralist point of view, which was the approach adopted by Moscow, speaking to Israel, speaking to HAMAS, insisting on a settlement including Hezbollah, taking all arguments into account, a rounded conclusion involving respect for all the players involved provides a better chance of a lasting solution.

At the core of our concerns about this war must be the 1,000 Lebanese civilians, the 43 Israeli civilians, the 114 IDF members and the as yet uncounted Hezbollah fighters who lost their lives, along with their families. The loss of any human being is a tragedy. Add to this the thousands of wounded, the 1.5 million displaced both sides of the border and the 3.6 billion USD of damage and this month, 12th July to 12th August defies logic.

By failing to pay any attention whatsoever to the non-Israeli side, Washington’s diplomacy comes out of this conflict seriously weakened, indeed, as the antithesis of diplomacy. By slaughtering civilians in large-scale massacres, demonstrating a total disregard for human life and a cold-blooded, callous cruelty, Israel cannot hope to gain anything from this conflict either. Militarily, too, although after the IDF got its act together it once again proved it is an extremely efficient fighting force, the original aims claimed by Tel Aviv, the total destruction of Hezbollah, were far from achieved while the forces on the ground suffered heavy losses. Israeli armour was rendered useless against sophisticated anti-armour equipment and the invincibility of the IDF soldiers was not only put to question, the myth was blasted out of existence.

However, what did Hezbollah gain in concrete terms, apart from claiming that by continuing to exist, it denied Israel claiming its objectives had been reached? True, its fighters can claim they bloodied the Israelis’ collective nose and that they put up heroic resistance by fighting extremely well. But what can Nasrallah hope to gain on the diplomatic front by continuing to perpetrate acts of terrorism, firing missiles at civilians?

These days, claiming that Israel must be extinguished from the map is as infantile as it is wrong, because such a notion goes against international law. True, the Palestinians were given a raw deal back in 1947/1948 but it was a raw deal sanctioned by the international community at the time and given the blessing of the UNO. Israel exists, period.

On the other hand, those who proclaim that Israel has no right to exist outside the borders originally drawn for it are perfectly and totally right and here, the weight of the entire international community is with them and against Israel so long as it flouts the law.

The outcome in practical terms is that Hezbollah continues to exist and will not be disarmed, but will refrain from sporting its arms in public – Lebanon’s Defence Minister, Elias Murr, has claimed that the Government will not ask Hezbollah to deliver its weapons. The Jerusalem Post today claims that such an agreement has been reached between Hezbollah leader Hassan Nasrallah and Lebanese PM, Fuad Seniora. However, Hezbollah loses the ability to threaten Israel’s northern border directly. By losing territory, it cannot claim to have won anything, except maybe prestige.

As for Israel, it sees its northern border safer, for now, but at the price of losing any support it had in the international community due to the continued blatant disregard for human life – blasting blocks full of civilians with military equipment and then claiming they should not have been in their homes. Where else do people sleep?

The Lebanese Government sees its de facto authority stamped on all of its territory, which is a victory for Beirut and for the time being, for regional peace, but only in the immediate future.

The future depends basically upon the international community applying pressure on Israel to obey the law and live inside the frontiers drawn for it by the UNO. Israel is not above international law, the Jews are not more special than anyone else and Tel Aviv does not have the right to occupy lands which were stolen and illegally occupied any more than Hitler was right to invade and occupy his neighbours.

The cause of the conflict in the Middle East is not the existence of Israel, it is the notion that a greater Israel is viable and possible. It is not. As in the case of Hitler, it is up to the international community to cut Tel Aviv down to size. By leaving the colonies, by respecting the 1947/8 border, Israel lives within international law, removes the cause for terrorism and anyone who goes against Israel after that point, loses.

It is time for Tel Aviv to recognise that the tears of all human beings taste of salt and that there is no such thing as God’s chosen people. The onus is on Israel to remove the cause for terrorism by behaving as if it respected the rest of the international community by abiding by our laws.