The recent attribution of World Heritage to five sites, some of which date back thousands of years, in six African countries across the continent, is proof of the continuous contribution this continent has made towards the cultural and historic tissue of humankind. 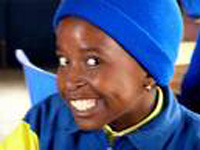 The five sites chosen this year at the 30th Session of the World Heritage Committee (Vilnius, in July) were the stone circles in Senegal and Gambia (from the third century BC), the rock art engravings in Malawi and Tanzania, the town of Harar Jugol in Ethiopia (the fourth most sacred site of Islam) and Aaspravasi Ghat in Mauritius. From north to south, from east to west Africa, thousands of years of heritage. Yet who has heard of these sites?

Who has heard of Gao, the town on the edge of the Sahara desert chosen to hold the Poor Man’s Summit (The Sub-Saharan Summit), while the world’s most powerful men and women were jetting in to Saint Petersburg in executive class for sumptuous meals in five-star accommocation? Gao used to be one of the hubs of the vast Mali Empire which stretched across northern and western Africa and which sent ships across the Atlantic looking for the Americas long before Columbus.

It took those gathered together in a secondary school in Gao, Mali (the fourth poorest nation on the planet, life expectancy 48 years, 90 per cent of the population living on less than two USD/day) three days to reach the same conclusions as the G8 leaders in a year of behind-the-scenes contacts and deliberations: so long as unfair trading practices continue, so long as debt relief comes with monetarist strings attached, so long as more developed nations do nothing to address the underlying causes of endemic poverty which give rise to emigration, from Africa one can only expect more of the same.

However, this does not mean that great progress has not been achieved in recent years. The problem is that the international media so often ignores the good news because to create the notion of “us”, you need a “them” and in this case Russia and Africa are sitting targets for hostile western media outlets to take potshots at, however unjustly or unjustifiably.

Just as today the stone circles in the Senegambia go unheard of, how many people know what NEPAD is? Is it some sort of new e-word, like i-pod or mouse pad? It is neither. It is the New Partnership for Africa’s Development, in which partnerships are established with companies from the international community based on adherence to guidelines and accountability, and not colonialism and corruption.

The African Union long ago understood that corruption was as indentifiable with Africa as malaria, AIDS, wars and locusts. A.U. Chairpersons Mbeki, Chissano, Obasanjo and now Sassou-Nguesso have done much to bring credibility to Africa’s institutions, making corruption a thing of the past.

What went unreported was that if officials are corruptible it is because they were corrupted by handsome payouts under the table in return for lucrative contracts which so often did nothing to take into account the living conditions of local populations. How many western oil companies feel any pangs of conscience over Ken Saro-Wiwa? (Who?)

Africa is not a lost continent. It is misunderstood because so few newspapers and TV stations bother to look for the wealth of good news: Burkina-Faso’s novel hi-tech drought-busting methods, Angola’s booming economy four years into peace, Mozambique’s paradisiacal tourist destinations, Cape Verde’s upgrading to a Medium Developed Country, the Mauritius-Madagascar agricultural partnership, the liberalization of Zambia’s economy and its openness to foreign investment, Cuba’s magnificent (and unreported) work in the humanitarian aid area, and continent-wide, gender equality, the stabilization of the AIDS incidence rates, the improved record on primary and secondary school attendance, the bridging of the digital divide. Hidden, but nonetheless true.