I have been taking a lot of flak from some fellow Republicans lately over the way I am attacking liberals in my columns. They feel that insulting liberals by calling them wackos or loonies is just “stooping to their level” and should be stopped. 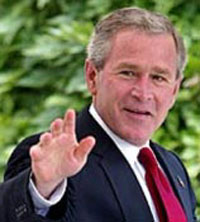 I guess many of my Republican friends prefer the “intellectual” approach to arguments. Which means to sit back with a smile on your face while being insulted by a liberal. Once the liberal has finished his or her insults, then and only then, make an intellectual argument about a conservative position.

The only problem is that liberals never finish their string of insults. They have the staying power of Bill Clinton at an intern convention.

Just watch any debate between a conservative and a liberal politician on CNN or Fox News. The conservative’s argument can never be heard over all the liberal insults and interruptions. Sometimes I want to shout at the Republic senator or congressman on television: “Do something! Don’t just sit there with a smile on your face! Fight back!” But of course the Republican never does.

The problem is that older conservative Republicans, especially those in the Senate, consider themselves to be Elder Statesmen. Fighting fire with fire is beneath them. Many are stereotypical “Blue Blood” rich conservatives. They wear blue suits with red ties, sit around dark libraries, sipping martinis and discuss intellectual and hypothetical ideas but never really accomplishing anything.

Just once, I would like to see a Republican senator tell a bloviating liberal to shut up on national television. But of course that will never happen. It is not statesmanlike.

Maybe the latest salvo fired by Nancy Pelosi and her "gang of liberal muck slingers" in the Democrat Party will change the minds of “Blue Blood” Republicans about fighting back.

The Democratic Congressional Campaign Committee recently ran a fund-raising video on their website to help raise money for Democrat candidates in the November election. The video opens with the caption “Things have taken a turn for the worse.” It then takes viewers on a dome-and-gloom tour of the United States, trying to paint an Armageddon-like picture.

The video shows bleak pictures of gas prices at $3.35 a gallon, a radar image of Hurricane Katrina nearing the Gulf Coast, the Super Dome in New Orleans shortly after the hurricane and a fake police mug shot of former House Majority Leader Tom DeLay.

Titles placed over the images read "Things have taken a turn for the worse” and “Washington Republicans have sold America out.” It ends by asking viewers to "help Democrats turn America around."

The liberal ad is not all doom and gloom, however. Halfway throughthe video theimageschangeto the positive. A helicopter pilot stares at the camera and offers a big thumbs-up before liftoff. Relief workers put up new walls, apparently rebuilding New Orleans. Pictures of smiling Democrat leaders replace pictures of mean-spirited Republicans. The image then reads "But America is strong enough to change."

The video ends showing a smiling Bill Clinton with outstretched arms and the caption “America needs a new direction." I guess he needs more interns.

The video depicts all the normal things liberals whine about on a daily basis: pollution, the war in Iraq and high gas prices. Which is fine since these are normal liberal talking points.

This time, however, the Democrat Party has sunk to a new low. The video also shows flag-draped coffins of soldiers killed in action. I guess liberals will do anything to win in November. Nothing is sacred to them, not even the lives of our sons and daughters.

The video was eventually removed from the Democrat website, but this should be the wakeup call needed for Republicans in Congress to fight back. They should now see that liberals are stooping to the lowest level to win back Congress. Liberals are willing to use the sacrifices made by young Americans in the war on terror to make the Republican Party look like a bunch of lunatic warmongers.

Are Republicans just going to sit there and take this?

I think it is time for conservatives to take the fight to liberals, not wait for them to destroy the credibility of the United States by spreading lies and deceit around the world. Fight back. The November elections and the fate of the United States depend on the actions taken by Republicans during the next four months.

It is time for Republicans in Congress to declare a war of words on liberal Democrats. After all: Liberalism is just legalized terrorism.

Republicans need to stop sitting on their hands, trying to look like intellectuals, and start fighting fire with fire. Call a liberal a wacko or a loony once in a while. Try telling them to shut up during an argument. Stop letting them get the better of you on national television. And most of all, call them to task on their latest propaganda video. Believe me, you will feel better doing so, and you will gain some respect with your constituents.

And while you are at it: Take off those ties and get out of those libraries. You can use some sun.

The opinion of the author may not coincide with the views of Pravda.Ru editors