Personality of the Week: Olusegun Obasanjo

Olusegun Obasanjo is the face of new Africa, a continent which stands committed to solving its own problems

President Olusegun Obasanjo of Nigeria is currently the President of the African Union. Under his Presidency, the African Union has continued its path towards becoming an autonomous organism which solves the problems of the continent with commitment and efficiency. 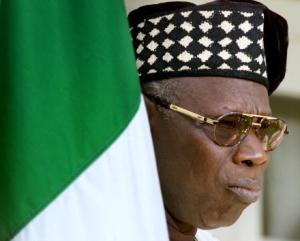 The mixture of determination and diplomacy with which the A.U. handled the crises in Togo, Somalia and Darfur are telling examples of the character of Olusegun Obasanjo. Born in 1937, belonging to the Yoruba ethnic group in south-west Nigeria, Olusegun Obasanjo worked as a teacher before joining the army in 1958, having graduated from the Royal College of Defence Studies and the Royal College of Engineering in the United Kingdom, among other studies in India and Ghana. After serving in the UN peace-keeping force in the Congo as a commander of an engineering corps, between 1967-1970, he commanded the Third Marine Commando Division in the Biafran war.

In 1975 he was nominated Works and Housing Minister and a year later, he became military ruler of Nigeria, after General Murtala Muhammed was assassinated, creating the conditions for a return to civilian rule in 1979, when he retired from politics and was promoted to General. He was the first military ruler in Nigeria to hand over power to civilian rule voluntarily. Shehu Shagari was elected democratically.

He criticised the military rulers who followed the ousting of Shehu Shagari in 1983 and in 1988, set up the African Leadership Forum. In 1991, he made a bid to become the UN Secretary General, but failed to be appointed.

He spent three years in prison after being jailed by President Abacha for plotting against the government in 1995. Originally the sentence was for life, but international pressure saw the sentence commuted to 15 years and later, he was released by President AbdulSalam in 1998. He was elected President a year later as leader of the People's Democratic Party.

Declaring himself on a mission to build a strong Nigeria and to defeat separatist groups, Olusegun Obasanjo became deeply religious while in prison. His commitment to peace and his stand against corruption have marked his tenure of the Presidency of the African Union.

Olusegun Obasanjo is the face of new Africa, a continent which stands committed to solving its own problems and correcting the ills which have beset the post-colonial period, which has been characterised by an absence of responsibility in many cases and an unfair trading practice by an international community which preaches one thing in the WTO but practices another entirely different.

It is the commitment and determination of people such as Olusegun Obasanjo which will force the international community to take notice of Africa and help the continent on its way towards sustainable development.