The BBC, which has still not managed to recover from its Cold War hangover, is anything but. Every so often, finding trouble in getting something to fill the space in the web site and/or the newspaper, someone in the editing room tells a journalist to find something about Russia . Quite how the topics are found defies logic. 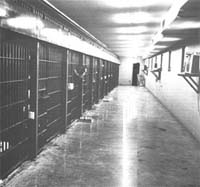 Taking a look at today’s stories flying around Moscow, for instance, we could immediately find something about recent surveys saying how popular President Putin is, Russian-EU talks on cooperation in agriculture, Russia and the USA in negotiations over the WTO, Lavrov’s meeting with US Senators on Iran – important stories directly affecting the lives of hundreds of millions of people.

Does the BBC choose these stories? No. As usual its “journalists” go dredging through the trash bin trying to see who can scrape the lowest and find the most revolting piece of misinformation to create a negative image and keep the tourists and investors away.

Today we have the gem on Russia ’s crumbling prison system, with the word “crumbling” in inverted commas, conjuring up images of “Soviet style nightmares” to coin a phrase much preferred by the BBC squadron muck-rakers. Emma Simpson is the BBC’s resident muck-raker here in Moscow , her recent work being about how terrible Russian orphanages are and now, how terrible Russian prisons are. One wonders what the next piece is to be about.

We are told in her piece today that ”Many prisoners cut their wrists, necks or stomachs”. Many people not in prison also indulge in self-mutilation, thousands of these in Britain . “ Russia jails a greater proportion of its people than any other major country apart from the US ”. One wonders how the BBC classifies a “major country”. Would it be one that engages in acts of slaughter in Iraq ? In reply, one might point out that Britain now has record numbers of prisoners, which is higher than all the rest of Western Europe together, some 72.000 of them, causing terrible overcrowding problems and meaning that rehabilitation work goes further and further down the list. The system is failing and more and more prisoners are coming out onto the streets of Emma Hurd’s country, committing crimes because in Britain today, most prisoners do not have the minimum requirements for most jobs in the market.

In Britain today, independent and objective reports (not written by the BBC obviously) speak of “unacceptable living conditions”, leading to suicide by slashing wrists, necks or stomachs or by hanging. Overcrowding in Britain ’s prisons has reached appalling conditions. In Preston jail, for instance, there is space for 356 prisoners. In reality, there are 661. 87 of Britain ’s 139 prisons are classified as overcrowded.

David Blunkett, the ex-Home Secretary, very recently stated that children in the 10-12 age bracket should be sent to prison without trial – and during his term, imprisonment rose by 500 people every week.

Therefore who has the rise to cast stones? Every time the BBC prints stories of this caliber – stories which are basically insulting, warped, extremely biased and an affront to the nation which hosts Emma Hurd, there will be an appropriate response.

For some reason, President Vladimir Putin is riding high on the crest of a wave of enormous popularity. The Russia one sees here in Moscow today is a Russia brimming with ideas, energy, more and more prosperity, with motivated, proud and educated young people who want to build a great future for their country.

Moscow ’s squeaky-clean streets bear witness to a society which knows where it wants to go, has its act together and which pulls together under a strong, pragmatic, skilful and able leadership. Maybe this is not the Russia that Emma Hurd sees, but maybe Emma Hurd should change her glasses or go back to England to set her own house in order before she goes inventing stories about Russia for her British Bullshit Corporation.