While the Russian Federation of President Vladimir Putin continues to show a smile to the international community as it goes about its business, diligently and efficiently looking for bilateral partnerships which bring mutual benefit in a wide range of areas, the western media coverage of Russian events is a mixture of hysteria and insolence. 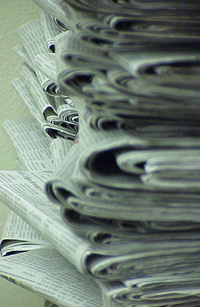 Let us take as one example, the BBC's coverage of the arrest and elimination of the terrorist Aslan Maskhadov, who was behind a series of horrific events in the Russian Federation, the most infamous being the shocking massacre in Beslan.

The report, presented on today's BBC news website, begins by quoting Russian sources which state that Maskhadov was betrayed due to the payment of a bounty of 10 million USD. Fair enough. Then we have the word "However", marking a contrast.

A contrast it is between the first part of the report and an avalanche of utter nonsense from this supposedly reputable news service. If freedom of the press is about inventing lies and basing a story on conjecture, then it would appear that to impose some standards of quality would improve the prestige of the corporation. These standards are referred to by Washington and London as "controlling the media".

The "However" introduced a statement from a Steven Eke, the BBC's Russian affairs editor, who evidently understands as much about Russia as George Bush's Russia expert, Condoleeza Rice. He is quoted as saying that the "details around the payment of the reward were suspicious.and the official explanation of the events leading to Maskhadov death was not clear".

The official version was that Maskhadov had been cornered in a bunker, had been eliminated in a firefight, the bunker and the building above it then being destroyed due to fears that booby traps had been set, and his body disposed on in an unmarked grave, as usual with these terrorists.

What is so wrong with that? A lot, for the BBC, which quotes unnamed campaigners as stating that the destruction of the property destroyed evidence which might go against the official version of events. What evidence? That Maskhadov was a fairy godmother and spent his time playing with dolls?

The slant given by the BBC to this story is typical of western news sources whose innate hostility against Russia harks back to the Cold War, which they would love to have won, except they didn't, because there was no war. Russia never wanted one anyway.

The Chechen terrorists are called "separatists", Maskhadov is referred to as someone "who advocated negotiations to end the conflict" but then planned and caused the slaughter of hundreds of children (nice man, apparently), and at the end of the piece is even upgraded to the man who was "elected Chechen president in January 1997 but was ousted two years later. He led the Chechen separatists who defeated Russian forces in a 1994-1996 war".

The Republic of Chechnya is a free Republic which voted massively to remain inside the Russian Federation, its constitution was democratically adopted by its people and its President duly elected. The BBC's claim that Chechen towns "are now inhabited almost exclusively by old people, abandoned by younger men who escaped to the mountains to continue fighting" shows a total lack of knowledge and professionalism. If over 95% of the Chechen nation voted for the Constitution, they were voting against the terrorists. Sorry, but the state of the Republic of Chechnya today is a massive and crushing victory for the policy of patience and determination followed by Vladimir Putin's Moscow.

There is probably a guy in a psychiatric hospital somewhere in London who claims he is the Queen of Sheba and also an astronaut on Tuesday afternoons. Maskhadov's legitimacy was as great as his respect for basic human rights - zero. Unfortunately the BBC, like so many other criminally biased, lying western news sources, would believe the former while turning a blind eye to the more evil traits of the latter, if it gave them a cheap shot at Russia.