Why the United States will attack Iran in 2006 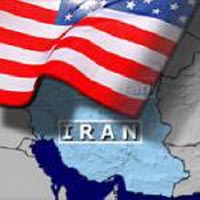 Why the United States will attack Iran in 2006

The master plan of the United States is to control the oil in the Middle East. Only two countries stood in the way of that plan: Iraq and Iran. Iraq has been neutralized and will remain impotent for the next decade because of civil war. Iran alone now stands in the way of the U.S. master plan. But before proceeding with this line of argument, let’s take a side trip.

Iraq is clearly a disaster from a humanitarian perspective, as well as on the military front. Iraq is also becoming a political disaster for Republicans in the U.S. Not only do Republicans face losing control of Congress, but with President Bush’s approval ratings in the toilet, Republicans may well lose the White House too. The lesson of the staged 9/11 and the ensuing war in Iraq is clear: Americans will rally around the president and his party during distressing times. What could be more opportune for this president and his party than another staged 9/11-like event, followed by another war of retaliation, this time against Iran ?

I don’t believe another fake 9/11 is actually necessary for the president to launch another war in the Middle East. Just when I was beginning to think that the precipitously declining support – down to about one third of the public – for the war in Iraq was an indication that Americans were wising up, recent polls suggest that more than half of Americans support a new war against Iran! How can they favor starting a new war even as their support for the last one is declining? I was baffled by this inconsistency until I realized that the declining support for the war in Iraq is not a rejection of war, but a rejection of losing wars. Americans are perfectly fond of war as long as they’re winning. In any case, there seems to be ample support from the American public for a new war against Iran. Another fake 9/11 attack is not necessary, though it may occur anyway in order to further the totalitarian ambitions of the government.

Withdrawing U.S. troops from Iraq is out of the question. Such an action would be tantamount to an admission of defeat by this administration, an admission that will never be forthcoming. Besides, the U.S. expended great effort and resources to go into Iraq and build permanent military bases there. It is simply not going to leave for at least a few decades. Maintaining the status quo in Iraq is also untenable, as the voices calling for withdrawal intensify with each passing day. That leaves only one avenue of action to this administration: escalation.

A new war against Iran would divert attention from Iraq and firm up public support for the president and his party, as will be evidenced by renewed passion for red-white-and-blue and yellow magnetic ribbons.

Another good reason for a war against Iran is to divert attention from the economy. It’s obvious now that the U.S. housing bubble is deflating. It may continue to deflate gradually or it might snowball with spectacular consequences, it’s anybody’s guess. How it plays out is largely subject to people’s perceptions. People are still fairly optimistic about the economy, so perhaps that’s why the housing bubble is deflating slowly right now. But that could change. In any event, with the housing bubble being the driving force behind consumer spending of late, and with consumer spending driving the economy, as the housing bubble deflates, consumer spending will go down. An imminent decline in consumer spending, coupled with other indicators, such as converging bond yields, hint at a recession late this year. A new war would be a great diversion from economic woes and afford the government a chance to pump “liquidity” into the economy. The U.S. Government recently discontinued reporting the broadest measure of the money supply, M3, perhaps in order to hide future liquidity injections.

Getting back to the master plan. Many have pointed out that attacking Iran does not stand up to a cost-benefit analysis. They argue that attacking Iran would cause Iran to retaliate by stoking the insurgency in Iraq and threatening oil shipments through the Persian Gulf. The implication is that the U.S. will not risk the lives of its soldiers in Iraq or risk soaring oil prices, all for the sake of imposing its political will on Iran . They argue that not even this administration is that irrational.

These people are missing the point, however. The single-minded goal of the United States in the Middle East is control of the oil, regardless of the cost. Let’s examine the potential costs more closely. Would the U.S. endanger its soldiers in Iraq ? Absolutely. Just look at Pearl Harbor during World War II. The U.S. Government unquestionably knew the Japanese were going to attack and deliberately let it happen. The U.S. Government probably even abetted the attack by clearing an unobstructed flight path for the Japanese attackers. So would they sacrifice a few thousand more soldiers in Iraq? Sure. What if Iran manages to slow or stop the flow of oil through the Persian Gulf ? Again, that could work to the advantage of the U.S., as I will explain below. In the meantime, who would benefit from reduced global oil supplies? Oil companies. As oil has gone up in price during the last few years, the profits of oil companies have skyrocketed into the tens of billions of dollars per year, for each company. We also witnessed this administration look the other way when energy companies rapaciously exploited California’s nascent “deregulated” electricity market, so we know where its allegiance lies.

Another “rational” argument against attacking Iran is that the U.S., by virtue of its constrained manpower, can only feasibly attack Iran by air, which would not be very effective if limited to “military” targets. This is true, but it misses the point. The initial air assault against Iran would be merely the first step in what the U.S. probably hopes will become a larger war. Why? Because the only way the United States can successfully neutralize Iran is by dropping a couple of nuclear bombs on its civilian population, forcing Iran to surrender unconditionally.

Even the U.S. will not dare to unilaterally break sixty years of nuclear taboo and drop a nuclear bomb on an Iranian city. However, it probably can get away with using “tactical nuclear bunker buster” bombs against ostensibly military targets. The world will be outraged, of course. But after a few months of media spin, the U.S. will probably quell the opprobrium.

In the meantime, Iran will foment Shiite insurrection in Iraq, resulting in a dramatic increase in casualties among American soldiers. Iran can also sink a few U.S. warships and oil tankers in the Persian Gulf , and indeed slow or stop the flow of oil through the gulf. Of course, the U.S. will spin this Iranian retaliation as a reckless and fanatical escalation of the war. Americans, angry at seeing their soldiers killed and their warships sunk, will rally even more fervently around their president. The U.S. Government will point to the world’s growing economic problems ensuing from the shortage of oil as evidence that Iran needs to be stopped, whatever the cost. The world’s industrialized nations that are so dependent on oil will publicly renounce taking harsher action against Iran while privately hoping that the U.S. does whatever it takes to get the oil flowing again.

Then, without warning, the U.S. will drop a couple of nuclear bombs on a couple of medium sized cities in Iran, just like it did in Japan sixty years ago. The justifications will be the same as before: to bring a speedy end to the war. Of course, the world will be outraged, but its reaction will be muted because the U.S. will have already broken the nuclear taboo when it used the “bunker busters,” and besides, what can the world really do about it? Iran will surrender, and the U.S. will be fully in control of the Middle East and two of its most important sources of oil: Iraq and Iran .

The U.S. can then withdraw its soldiers in Iraq into its new massive, city-sized military bases and wait out the civil war, while keeping a close eye on the oil. The U.S. will be a pariah nation, but so what. It will control the bulk of the world’s oil.