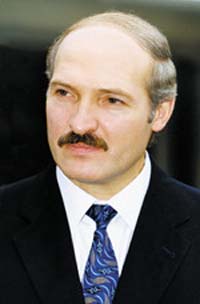 According to the Secretary of the Central Election Committee of Belarus, Nikolai Lozovik, the victorious presidential candidate, Alexander Lukashenko, has gone missing and the inauguration ceremony will now be postponed until the middle of April.

An initial date of 31st March had never been agreed upon by the Presidential team and by the laws of Belarus, the President has two months to take office after the election, which was on March 19th.

The last time he was seen was on the day following the election and he has not replied to official messages of congratulations.

With his whereabouts unclear, it is possible that he has taken a much-needed holiday or that he is ill or, maybe he is taking a long trip abroad before the USA and European Union impose a travel ban upon him for winning the election and thrashing their favourite candidate into a single-figure result?