While it is true that great strides are being taken towards the development of Africa, especially due to the new impulse by the African Union in this direction and the projects set up under the New Partnership for Africa’s Development (NEPAD), gender inequality in parts of Sub-Saharan Africa spells death for millions of women. 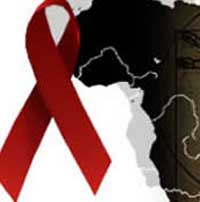 While in developmental terms Africa is racing ahead in many areas and while some cities are unrecognisable when compared with one decade ago, in terms of gender equality much remains to be done, especially when being born a woman can be a one-way passport to hell.

Stephen Lewis, the UN Special Envoy on HIV/AIDS in Africa, spoke recently of his “enveloping sense of horror” when seeing the plight of women across Africa, victims of AIDS due to the slow response to the needs on the ground.

In Swaziland, for example, the AIDS prevalence rate among women aged between 25 and 29 is 56.3%, described by Stephen Lewis as “terrifying” and “a stark reminder of the meaning of gender inequality”, which will create a “deluge of orphans”.

Driving this prevalence rate, which is not only destroying today’s societies but creating a horrifying social scenario for generations to come, is sexual inequality – rape and sexual violence, often marital rape and domestic violence, leaving women vulnerable, unprotected and at risk.

For Stephen Lewis, the international community must do more to create the pressure for the situation to be reversed, such as creating an International Agency for Women. While praising the work of the United Nations’ Development Fund for Women (UNIFEM) and the United Nations’ Population Fund (UNFPA), the Special Envoy stated on return from his trip to Southern Africa that a more powerful and wide-reaching organism needs to be set up to address the urgent needs in the field.

The international community in general and women’s groups in particular need to get behind women’s rights groups in Africa to support and galvanise them into activity which will not only provide aid for the victims but also, through public awareness campaigns and pressure groups, reverse the current social trends which leave women defenceless and helpless against sexual attacks and physical violence which places their own lives – and that of their children – at risk.