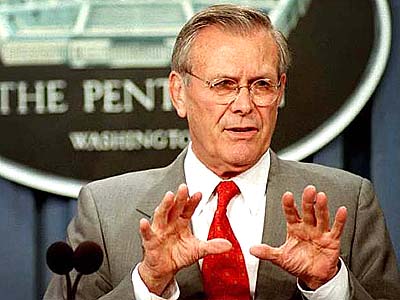 American soldiers have been pessimistic and complaining about everything from bad food, to the lack of proper equipment since General George Washington set up camp with the Continental Army at Valley Forge, Pennsylvania in December of 1777.

During that harsh winter, over 2,500 American troops died of disease and starvation.  Because of the suffering endured by the poorly clothed, hungry and badly housed troops, Valley Forge became the standard for heroism during the American Revolution and for American troops in the years that followed.

The Continental troops complained about many things including why they should be enduring such hardships.  They must have also questioned the sanity of General Washington and his officers.  Complaints by enlisted men are normal in war.  A combat infantryman only sees a very small portion of the battles; often they do not the see the entire picture of the war or understand the strategy behind decisions of senior officers.

Washington knew his men needed better training to defeat the British and decided to conduct the training that winter.  By March of 1778, Baron Friedrich von Steuben, a Prussian drillmaster and friend of Washington, had drilled the Continental Army into a more effective fighting force.
Everyone knows the outcome of Washington's decision. Today America is the only world super power.  I imagine many “America Haters” wish he would have failed.  But remember one thing:  Washington's failure in the 1700's would have meant many around the world would be speaking German instead of English, French, Russian and many other languages today.

American soldiers are still pessimistic and full of complaints.  The complaints are still the same - bad food, harsh conditions and bad leadership.  Not much has changed since 1777.  Only now, in the age of CNN, Fox News and the Internet these complaints have a real good chance of making world headlines.

Recently during a town hall style meeting with troops in Kuwait, Secretary of Defense Donald Rumsfeld received a question from Army Spc. Thomas Wilson, a member of the Tennessee Army National Guard.   Wilson asked, “Why do we soldiers have to dig through local landfills for pieces of scrap metal and compromised ballistic glass to up-armor our vehicles?”

Rumsfeld's reply has unleashed critics on the left and the right in Washington.  Armchair generals and other talking heads on Capital Hill and in the press are suddenly experts on army tactics, strategy and logistics.  Many of these “military geniuses” cannot tell you which end a bullet leaves an M-16 rifle.

One problem with this whole mess is that Edward Lee Pitts, a liberal reporter for the Chattanooga Times Free Press, who is embedded with the 278th Regimental Combat Team, planted the question with Sec. Wilson.  He talked Spc. Wilson into asking the question since reporters could not ask questions during the meeting.

This is another case of the liberal press trying to create news through biased questioning instead of conducting honest journalism.   This is also a case of a cowardly reporter taking advantage of a gullible soldier looking for his fifteen minutes of fame.

Many pundits are taking Spc. Wilson's question as a fact - instead of looking deeper into the allegations.  If they would take the time out of their busy day on Capital Hill, having three martini lunches and meetings that waste taxpayer money, they would find the implied allegations by Wilson, or should I say Pitts, are false.

When the American Revolutionary War first started, General George Washington went to war with the British using the Army he had, not the Army he wished he had.  The Army he wanted came later after training and trial and error that cost many American lives.

Today Donald Rumsfeld faces the same problem.  He went to war with Iraq with the army provided to him after eight years of military cutbacks in the 1990's.  These cutbacks came at the hands of the same “military geniuses” on Capitol Hill who are now complaining about his leadership.  Turncoat Republic Senator John McCain is one of the geniuses leading the charge.

2500 soldiers lost their lives at Valley Forge in one winter building an army that later built a nation.  I think the loss of American lives today building a democracy in Iraq is worth the sacrifice for the Iraqi people.

No matter what the complaints.

Author`s name Steve Darnell
18:54
Ukrainian soldier uses chainsaw and fire to release US howitzer from ice trap
18:30
Onet: Ukraine will lose in six months due to shell shortage
17:36
Russian troops defeat Ukrainian troops in Zaporizhzhia region
14:50
Number of foreign mercenaries in Ukraine continues growing
14:17
Russians buy more than 50 tons of gold in 2022
13:57
Russia will not talk to Ukraine. Russia will talk to the West
13:34
USA's plan to give 20 percent of Ukraine for peace hoax
12:51
Medvedev: Ukraine as a state to be devastated, go bankrupt and be turned into colony
19:57
Russia will use all of its military potential to counter Western arms supplies to Kyiv
17:36
Consequences of NATO's possible supplies of fighter jets to Ukraine get clear
The West prepares army to invade Russia