The western press is full of stories which carry the message  Defeat for Russia in the Ukraine  and those who read this sort of nonsense may as well believe that there are fairies at the end of the garden and that Father Christmas will get stuck in the chimney this year. Nothing could be further from the truth. 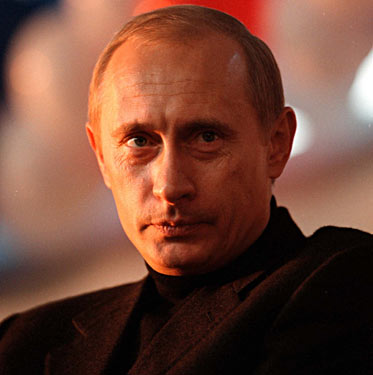 To begin with, it was not President Vladimir Putin who congratulated Viktor Yanukovich when the first declaration was made in the Ukraine that he had won - it was his aide, who responded to the diplomatic norms in practice in line with the Russian Federation s respect for the rule of law and the belief that international relations and crisis management should necessarily pass through the Security Council of the United Nations Organization.

After learning that the Ukrainian Central Elections Commission had not issued a final result, Vladimir Putin declared immediately that the position of the Russian Federation was not to interfere in the internal affairs of the Ukraine and to allow the competent authorities in this country to resolve its own problems, a line which he followed from the beginning to the end of the question, an example of political and diplomatic coherence.

This line of coherence does not, and never has, brought Vladimir Putin s Russian Federation into conflict with the west because the Russian Federation is not, as the Soviet Union was not, a bastion of belligerence. Therefore, the question is posed, what is the problem that the west has with Russia and with Vladimir Putin, whose foreign policy is underlined by a desire to form friendly relations between states, on a basis of fraternity and equality, signing bilateral agreements which stimulate economic, commercial, cultural and political ties and which envisage a world in which a brotherhood of nations lives side-by-side, solving their problems through the proper forum of law, the UNO?

Is this such a great crime? If no, then maybe the west had better put on its thinking cap and reconsider its attitude. The position of Vladimir Putin regarding the Ukraine is that it is an internal matter, period.

Obviously, it is up to the Ukrainians to decide whether they opt for the western stooge, Yushchenko, who will try to install NATO bases on his soil in return for billionaire contracts, who will represent the rural, poorer Western Ukrainians and who will alienate the more prosperous and developed Eastern Ukrainians, whose industrial development is second to none in the region and who might very well decide to relocate in Russia, should the conditions be created.

Viktor Yanukovich was the guarantee against this happening but it is not the Russian Federation which is obsessed in speaking about these elections. If the Ukrainians want Yushchenko, so be it, and good luck. Their loss, Russia s gain.

However, before the results of the democratic vote are known, the correct position would be, and is in the case of Vladimir Putin, let the Ukrainian people decide. Why does the west have a problem with that?