In The Absence of Military Leadership 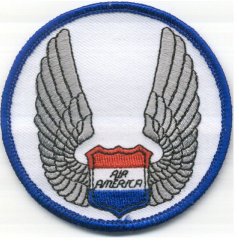 They were called, “Air America”, the Central Intelligence Agency's quasi-clandestine Air Force. Identified by their silver military-style aircraft, fixed wing and helicopters, in an otherwise sea of diligently camouflaged military aircraft, they stood out as – different in Vietnam.

As history would record, as failed an international military incursion as could be, undercut by cowardly politicians and a break-down in national will. Notwithstanding, in the face of withering support, it was still well done by this writer and many other young American men on the ground!

With swagger, bravado, money, and a tone of sublime arrogance the boys of the CIA did things, “the CIA way”, in Vietnam. From my observations, the application of the term of, “loose-cannon” is indicative of my kindness.

It would be incorrect to not assert that many senior ranking Army Intelligence officers did not view the agency folks as, “God-Like”, all seeing, all knowing, and all connected. In a nether-world where connections make a difference! Years, times, and distance have apparently not diminished the allure and unfounded romanticism.

The CIA has a long tradition of, “cowboy-style”, antics. Former agent, Mr. Frank Snepp offers his insight at: http://www.franksnepp.com.  A visit with author Steven Emerson,  (http://www.ifpafletcherconference.com/marines2002/Bios/emerson.htm) regarding the CIA's, “Yellow Fruit”, scandal and a tour through his book, “Secret Warriors”, will further illustrate some historic buffoonery on the part of America’s premier spy agency.

The fact is that the CIA, and their field operatives, has always enjoyed a seamless working relationship with our military services. Today, this continues and is the substance of criminal culpability, from the top down, in the now, “tap-dancing”, military intelligence command chain at Abu Ghraib prison.

Army intelligence officers have traditionally gone the extra mile in an effort to both assist and impress the big boys. In their blind deliverance of misguided provenance, often afforded agency case-officers and field technicians, ranking military members have long imagined that it affords them a special status.

“Always work with the agency”, was the watchword! Throughout the years of the Cold War, in Vietnam, and as we come to more painfully learn, as recent as only months ago in the now-revealed uncontrolled, “animal-house”, of the infamous Abu Ghraib prison. CIA presence there was described in formal inquiries into abuse as, “corrosive”.

As one traverses the history of the CIA, just since Vietnam and the days of William E. Colby’s secret, “snatch and grab”, brain-child known as, “The Phoenix Program!”, one can see, that not much has changed when it comes to egos and operations.

It is recorded that the Phoenix project, aloof from all criminal culpability in the prosecution of war, operated from 1968 to 1971, and is credited with the death or disappearance of up to 60,000 people in Vietnam, by various methods and means.

Then, as now, the CIA relied heavily on U.S. military connections and support to sustain the body count. Colby's success eventually propelled him to become the director of the CIA in 1973, later masterminding bloody operations in Angola.

Today, however, there is a new, “identification-tag”, affixed to the follow-on legacy, and the successors of, the Colby mindset and doctrine of arrogance and unpredictability.

Now the CIA is known to be an, “OGA”, (other government agencies). That is what they were classified as while they were running roughshod of Army procedures, regulations, and values.

Where did this happen? The answer is, “in a U.S. Army Intelligence run, and managed, detention and interrogation facility in Baghdad, known as Abu Ghraib. Right under the noses of the Joint Task Force Commander, Lt. Gen. Ricardo Sanchez and his senior military intelligence officer, lead staffer, and adviser, Maj. Gen. Barbara Fast!

CIA operatives hid detainees, in collusion with Army Intelligence, and they flippantly and arrogantly ignored rules and procedures. The rules and their circumvention are one of the reasons why low-ranking Army enlisted soldiers, both military police and military intelligence, have been court-martialed, are being court-martialed, and have and will be incarcerated!

After seeing, and learning, how the CIA was handling the challenges of their busy-work-day, following the order by Military Intelligence Colonel Steven P. Boltz, of, “I want those detainees broken!” in August 2003. Soldiers found it easy and logical to follow the lead.

Malfeasance by loosely supervised junior soldiers should have been expected by an experienced military leader.  However, what prevailed was, “Do as I say, not as I do!”

What comes to the surface here is that imitation is often considered the greatest form of flattery. The CIA had the rule of the roost, setting a pernicious tone. The Army’s senior leader’s lack of involvement and insistence on accountability literally gave the green-light for widespread abuse. Their inability to respond and otherwise stop the abuse in a rapid timely manner, further oiled the gears of inhumanity.

According to credible and conclusive investigative reports on the varied repertoire of improprieties at Abu Ghraib, “CIA Agents behaved as if they were above the rules and beyond reproach, ignoring bans on weapons into interrogation booths and bypassing basic requirements on registering prisoners they had taken to the facility.”

Some others, who have penned further investigative findings, are uniformed senior officers of the Army, appointed to investigate their own peers.

When called to Washington, D. C. recently, these senior leaders characteristically twirled in a fine Kabuki-dance of avoidance. Their prosecution and presentation of their institutional deception, under oath in Senate Armed Services Committee hearings on Sept. 9, 2004, was nauseating.

When possible, at every turn, they praised senior officers and colleagues, whom they investigated, for occasionally doing what would have normally been expected of them. In military circles this is defined as a soldier doing their normal duty, undeserving of glowing accolades. Indeed, a sad attempt to deflect the real criminal culpability of those leaders by citing a few things they had done correctly, perhaps even, by accident.

But those who investigated their peers, as it was not their mandate to investigate the CIA, display a vision not un-reminiscent of Admiral Nelson!

With their blind eyes to the telescope, hardly an assertion was uttered as to the actual criminal culpability of their senior leader peers, in spite of rampant and un-checked CIA skullduggery and apparently, murder and subsequent concealment.

So, one must ask…….. “Shall we assume that when the CIA comes to the party,.. and sets the tone for challenging procedure and limits,.. when their infected and pernicious ripple effect of swaggering influence results in the total collapse of a house of cards, then, albeit in the end, nobody can be held accountable?”

Not on your life!

However, there will be token and symbolic military convictions, but to this point, a small and low ranking few.

Not only have the senior leaders not testified and come clean about their involvement and culpability but there is a move afoot for some senior leaders to be given immunity from prosecution!

Only, however, if they are willing to figuratively toss their own soldiers under rolling busses, with their damning command testimony, to preserve their own careers.

Would you send your daughter or son to war to defend you, with such scoundrels, one should ask?

Not only did the CIA play fast and loose in Abu Ghraib, but with the full knowledge of the most senior Military Intelligence officers, Maj. Gen. Barbara Fast, Colonel Thomas Pappas, and Lieutenant Colonel Steven P. Jordan, the latter described as, “becoming fascinated”, in official investigative accounts, with CIA agents, which thus enabled the agents greater unchallenged and easier propagation of abuse and maltreatment.

To further conceal “activities” M.I. and CIA leaders created an, “off-the-books”, population of, “Ghost Detainees.” These supposed high-value prisoners were moved frequently, kept off records and concealed so that the CIA and Military Intelligence could have it all their way, do what they wanted, as they wanted, and be held accountable to nobody.

This all may have worked without a hitch. But on Nov. 4, 2003, a detainee was brought to the facility and later found dead on a shower room floor,handcuffedbehind his back.

Conveniently, this particular detainee had not been properly processed into Abu Ghraib, as the CIA preferred and Military Intelligence condoned, so the disposal, by whatever means, did not initially seem to be much of a problem. However, once photos were taken of the dead man with U. S. soldiers smiling and giving the, “thumb-up”, gesture, the water muddied somewhat.

Reports indicate that this corpse was that of an Iraqi General Officer. However, conclusively, Specialist Jason A. Kenner, a junior enlisted soldier of the 372nd. Military Police Company, testified that a U.S. Navy SEAL team and CIA personnel had brought the detainee in, alive, with a bag over his head!

Kenner would also testify that he later saw that the man had received a severe physical beating of the head and face. So should we just chalk this up to just another day at the office, at Abu Ghraib, what the heck?

When the dead man was discovered in the shower room, the plan to dump the undocumented prisoner was hatched by Colonel Thomas Pappas.

Pappas, the Commander of the prison, who answered directly to Maj. Gen. Fast, announced, “I’m not going down for this alone!”  Does this sound conspiratorial?

What Pappas’ statement really means, among those in the military, in actual military jargon when spoken by the, “senior officer present”, as Colonel Pappas was,  is: “jump on board with me, support my plan, and keep your mouth shut!”

This is borne out by another officer present in the shower room in his testimony. Army Captain Donald J. Reese, Specialist Kenner’s Commander of the 372nd. Military Police Company, heard Pappas make this declaration in the presence of many junior soldiers.

Quick to support his commander in attempting conceal the death, was the, “CIA fascinated”, Lieutenant Colonel Steven L. Jordan, ordered junior soldiers to pack the corpse in ice, in response to Pappas’ words about not going down alone. Some call this loyalty but clearly Jordan crossed the line of culpability, as did others present.

The next morning, in an attempt to further conceal the death, attempts were made to smuggle the body out of the facility with a visible intravenous drip in the dead man’s arm.

As was reported, to not upset the prisoner population!  Oh, forbid, that the incarcerated gaggle of detainees be offended, suddenly became an issue of concern! Drivel, this was a plan hatched to dump a dead man and not get caught with the goods! Reports pertaining to the final disposition of the corpse are conflicting and not all records have been readily accessible to this point.

However, today we find ourselves, months down the chronological road, after the contemporary “Animal-House” of Baghdad made the news.

What have we accomplished, where is the accountability? When will one of our senior officers rise up and take their medicine? The ripple effect on morale is widening and official military oppression and concealment of the truth is still the rule.

As an obtuse postscript, rumor has it that Lieutenant General Ricardo Sanchez will not see his fourth star, which heretofore, was not, “his”, to see, and ought not be.

Various press reports hint that Sanchez was, “owed!”  It is this writer’s observation that he may be owed, indeed, but not a subsequent star!

Rumblings come from Texas, where Mr. Sylvestre Reyes, Democrat, Texas, asserts that LTG Sanchez was, “screwed!”: http://news.yahoo.com/news?tmpl=story&u=/nm/20040909/us_nm/iraq_abuse_sanchez_dc_1  Reyes, a Mexican-American appears to be playing the, “race/ethnic-card”, in defense of Sanchez, also a Mexican-American.

Responsibility lies at the top command level that was in Iraq during 2003! It also lies with the swashbuckling air of condescension that is endemic of the CIA and those who perpetrate, ignore, and condone such irresponsibility.

Where are our military leaders? We need them!

“Loyalty from the top down is even more necessary - and is much less prevalent!”  No truer the quote of General George S. Patton, Jr.

J. David Galland is the deputy editor of DefenseWatch Magazine. He can be reached at: [email protected]