More dirt in the American elections 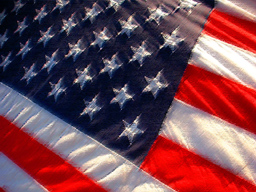 The Moslem world should take the moral high ground

First, I have to get this off my chest. I owe the Moslem world an apology.   If you are a Moslem reading this, you will see where I am coming from later in this article.

We have an administration that is sending American service members to fight and die in a military conflict brought about by a man who should be answering questions about his military service and some nasty contradictions.  Of happenings that was outside of the very straight forward military rules, regulations, and procedure.  I do know that the Honorable Discharge I got, my daddy did not have to buy.

We have a Secretary of State who calls the administration by some very derogative, pointed, names.

What should be rightfully on America’s mind is the economy, health care, bringing our troops home, and jobs. Bush isn’t discussing those issues; he is talking about more war.  Kerry starts digging into the issues, and organizations such as swift boats are not sure they want to you to follow that. There are crony organizations that want you to hate Kerry and love Bush – not matter what the price in human or political tolls that must be taken.  Our attention is being forced back to the Bush stance of more war, more death, and more bloodshed.

Bush wants to be strong on terrorists, and weak on America – his own country.

Let me be very clear on this – 9/11 was a response to America’s double-dealings in the Middle East.  A brutally violent response from our perspective, because we live comfortably thousands of miles away from the real horrors of war inflicted upon the people of countries, names I can not even pronounce. They live with events of greater proportion than 9/11 on a daily basis, not that we care.

I was equally shocked by the events of 9/11, but I also had suspected that we were going to have to pay the piper eventually.  The attack on US soil did not come as a surprise.  Our president knew it was coming and did nothing.  Our policies lead straight up to the high jacking of 4 American aircraft.

With the latest revelations about the new electronic voting machines and the two digit code vote re-tally, of the votes of an entire state being handed to Bush, lock, stock and barrel, and a man who will stoop to lower levels to get reelected – assured that everything is in place to make sure that Bush is reelected.  It would seem then, that Swift Boats.org might want to save their money and put it to better use – investing in companies that manufacture body bags would be a very excellent choice.

I listened to Bush’s UN speech, and I found that once again he had changed his story.  This last speech, he said we had freed a people from a dictator. In his first speech he said we are going to go in destroy weapons of mass destruction – never mind that nobody has found any evidence of them.  So why did Bush’s speech change, his attempt to project his new agenda as retroactive agenda? I also notice that Bush seems to do that allot, tells us one thing, and then turns around and tells us something different and expects a nation to believe everything said is true, for the past and present moment.

Americans are being treated as mindless little nitwits who are utterly incapable of comparing notes.  We lack the mental capacity to ask questions such as: “You said these things two years ago. Why has your story changed in such absolutes?” And, in true American apple pie simplicity, we are proving him absolutely correct on his assessment of the American public.  We are a nation of Nit Wits with no recollections of yesterday, or we have become too apathetic to think for ourselves.  Maybe it is a combination of the two? Maybe we aren’t as smart as we like to think we are, but more of a lemming level mentality society.

We are a nation that is three bats short of a full belfry.

Maybe all of this is something so inherent to America we are hard fast determined to continually create our own problems in the world.

The US has been meddling in the affairs of the Middle East for so long that nobody knows who the real players are anymore.  Friends turn into enemies at the drop of a hat; enemies become friends once they get their ‘allowance check’ from the US.  We have played with their politics, their governments, and heads of states like they were little pieces on a game board.

We have created frictions and tensions trying to get this country, or that country, to do our bidding and then turn on that country after they hold up a sign that says: “Mission Accomplished”.

If I were an Arab, I’d be very confused too.  As an American, I am confused.

Islam is not different than any other religion – all faiths produce radials.  All countries produce radicals.  Radicals that say: “Enough of this crap”.  I can not blame the people of the Middle East being angry, frustrated, and want their own lives back.  I am also not surprised to hear of their hatred for the US – something we have definitely earned.

9/11 was, in all probability, was a direct result of shear tension and frustration.  I do not condone the attack by any stretch of the imagination – but I am not exactly happy with what America has done in the Middle East either.  No rational American even has a say in what Bush and this administration does.

If the US had to suffer some of its own medicine, I am sure we would fall right off the cliff of sanity.  But America also believes that we can do unto you and you cannot do unto us.

With the Deplete Uranium nuclear catastrophe we have hand crafted over there; I need to rethink my position.  Depleted uranium that gives off 260-270 millirads per hour is lying around and will keep giving its fatal gift for the next 4.5 billion years.  We have destroyed their future as the broken genetic codes are passed from one generation to the next and reproduce it from the very grounds these people live on.

Just one more thing – our own troops, the ones who ride around in the Bradley, and sit on the container boxes for the ammunition. Well, they are showing up in our VA hospitals with terminal rectal cancer.   Think I am lying, get a DU round and sit on it for a number of months – I would beef up my life insurance policy real fast.  Then, ask your wife how she is going to like being a widow, a rich widow.

I am appalled when radical Moslems attack school children, but I am horrified at what America has done in the Middle East with Depleted Uranium.  It tears my heart out trying to assimilate all the information about your world.

I owe the Moslem world an apology for a previous stand I took on them.

I owe the Moslem world an apology for a previous stand I took on them.  I am sorry; it just took me a longer time to get all the facts and I ask you to forgive me.  The cause of your anger and outrage is justified, and I only ask leave children out of this war.  Gather your facts, write an appeal to the United Nations, and have your leaders take that appeal to demand answers from the General Assembly.

I ask that you take the moral high ground because this will give you creditability and strength in your arguments that should bring you a lasting peace, at least.  There are no words to explain what to do next about the contamination of whole lands.  Contamination that will last forever.

There are going to be a number of Americans who are going to call me traitor, turn coat, or what ever.  Frankly, I don’t care what you think, and save your breath and keep your opinions to yourself – I am not going to listen, and probably nobody else will either.  You do not want to live in the community of mankind.  As this war widens and continues, it is going to be your sons and daughters that will be coming home in a body bag.  You will get the flag that was draped over their coffin, and you will watch the bronze box being lowered into the ground, carrying your child to a place you will never see them again.   This is your choice and the responsibility for your pain is going to be completely yours.

You will want revenge for something that never should have happened in the first place and you can only look at the White House for your answers.  You share the arrogance, the position of the government, and the defiance of the United Nations with the person who sits in the Oval Office.

You will be solely responsible for the death of your own child.

We caused 9/11, no more alligator tears and false presumptions that we were attacked.  The Oval Office knew it was coming and did nothing.  I do not really care any more either, because it was self inflicted. Get over it.

America has lost the respect of the world.  We have lost all the friends we had.  We are no longer trusted.  Delude yourselves if you want, but you must take the responsibility for America’s extinction.  There is talk of sanctions against the US – I hope you can appreciate the gravity of that.  Those of us who are opposed to this war and the skullduggery will have to sit in the same barrel of crap you helped bring on, and we will have to listen to your whining.

We would not need a national security, civil rights abuse policy if we had played fairly.

I do believe that the Moslem countries, especially the ones we have troops in, have a legitimate bitch.  And, I hope that I get letters from Moslems who want their point known to a larger world – I will write them and I will express them.

On one condition though – no more attacking children or schools and no more civilian targets. If you agree to that, then we have a deal.  Write me a letter saying you accept the terms, and we will go from there.

I am asking the Moslem world to take the moral high ground, no matter how painful.  Without being the adult in this matter, you will never gain the creditability you need.