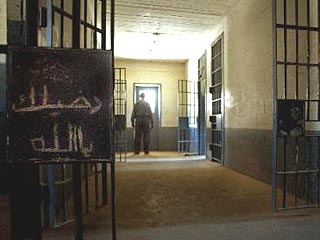 Families of victims murdered by coalition troops in High Court

The relatives of Iraqis who were murdered by coalition troops in Iraq are taking their case to the High Court in London. Representatives of 12 families accuse the British Ministry of Defense of being responsible for these murders.

The allegations paint a now familiar picture. A farmer shot by soldiers while trying to mend a water pump to irrigate his land. A seventeen-year-old beaten up by troops and then forced to swim across a river, drowning in the process. A man murdered when soldiers burst into his house and shot him dead. A hotel receptionist from Basra murdered by troops from the Queen's Lancashire Regiment.

These test cases, among many others, are to be presented to the High Court today, seeking a judicial review which will force the Ministry of Defense to accept legal responsibility for the deaths, in which case it will be liable for sizeable compensation claims.

Lawyers representing the families claim that the MoD is liable under the Human Rights Act of 1998. Article 3 states: "No one shall be subjected to torture or to inhuman or degrading treatment or punishment", this being the general intention of the Act which guarantees human rights in the United Kingdom.

As regards jurisdiction in Iraq, because the United Kingdom's armed forces were acting as a State, performing all acts of control from policing to judiciary procedure, the lawyers claim that the MoD is responsible and therefore liable for these murders.

If the right to claim compensation is approved by the High Court and if the MoD is deemed to be liable, this could open the floodgates for billions of USD in compensation claims for the many more families whose relatives have been abused or murdered by US armed forces.