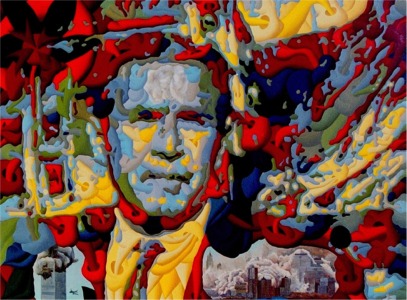 Main themes tied to putting right the wrongs, not moving on to fresh horizons

Instead of debating new ideas, the World Economic Forum is forced to dedicate its entire programme to compensating for the systematic outrages committed by the Bush regime.

This year's partnership for Prosperity and Security, held in Davos, Switzerland, between 21st and 25th January, has as its main agenda "reconstruction in Iraq", "transatlantic tensions", "global warming" and "corporate governance", all of which are not themes for discussion but issues for emergency debate after the imbalances in the international community caused by the incompetence of the Bush regime in Washington.

The legacy of the first term of George Bush's presidency on global governance, when compared with the objectives set out by the Millennium goals at the UN summit in 2000, is pitifully poor.

As George Bush goes following the messages he receives from God on a globe-trotting warmongering campaign against his invisible enemies, the Millennium objectives look far from being reached by 2015.

The Forum's Global Governance Initiative report says all. Giving the objectives a rating from one to ten, after four years, here are the results:

It is a pity that this brainpower cannot be used to find a way forward, creating new horizons for the developed countries to lead the Less Developed Countries out of the current crisis. Instead, this wealth of human potential has been relegated to the job of a cleaning lady, clearing up the mess left by a badly behaved gatecrasher.