America on the brink of war - A Warning

America on the brink of war - A Warning 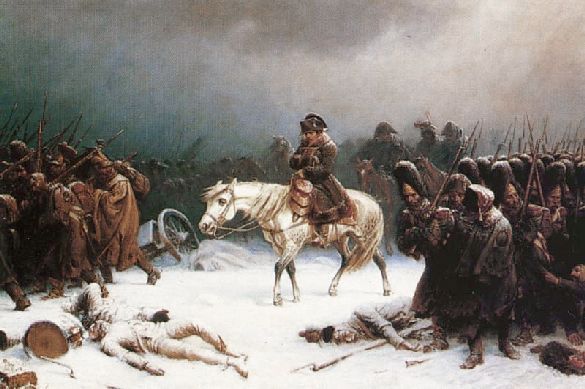 In several articles discussing the rise of fascism in America, I listed the four components that, thanks to the inherent evil in human nature, makes this doctrine particularly appealing:  Scapegoating; Great Lies; Exploiting emotion over logic, evidence, and reason; and Inflaming racial, religious, and/or ethnic hatreds.

But there is a fifth that I touched upon in my article Six Reasons Why Donald J. Trump is the Antichrist (Pravda.Report, January 8, 2020):  The use of war for self-serving political gain.  As I stated in this article, "[S]tarting a war would certainly be within the realm of Trump's desire to retain, and enhance, his increasingly autocratic grip on the reins of power."

Now, with the nightmare years wrought by this sociopathic, mendacious, megalomaniac seemingly reaching their end, and with both Trump and the traitorous Congressional enablers of his coup attempt becoming more deranged, contemptuous of the democratic process, and willing to destroy the country for their self-serving ambitions, it is clear the danger of war looms larger than ever.

Think about it for a second.  Trump has been increasingly stirring up tensions with Iran; he has replaced impartial minds in the Pentagon with his enablers and shut the president-elect Joseph Biden out of defense briefings; he has seen how starting a war, even for dishonest reasons, can be a key to political success (as evidenced by the reelection of George W. Bush in 2004); he has repeatedly demonstrated a disdain for human lives other than his own, as shown by his dismissive attitude towards the number of deaths related to COVID-19 in America; he has engaged in criminal behavior to hold onto power, the most recent being trying to extort Georgia's Secretary of State into "finding" enough votes to declare him the winner in a state that Biden won; and he and some of his traitorous enablers have both implicitly and explicitly instigated his neo-fascist and racist followers to employ violence to ensure he maintains his grip on power.

Will he start a war with Iran?

So is it really so far-fetched to argue that, as each avenue to his coup attempt is increasingly shutdown, he will ultimately start a war (most likely with Iran), then declare martial law in America and use that as an excuse to remain in power, by claiming that in order to successfully prosecute this war there can be no change of leadership.

As of the date of this writing (January 4, 2021), Congress has not yet met to certify Joseph Biden as the next president, but already Trump's loyal lackey and phony Christian Mike Pence, whose job it is to certify Biden's victory, is already hinting that he is planning to use the Congressional proceedings to "explore" Trump's bogus claims of voter fraud.

But, whether or not Pence undermines everything America has stood for and facilitates Trump's coup, the prospect of war will not be lessened.  Trump will need to distract the more than 80,000,000 Biden voters he disenfranchises.  And what better way to do this, as he also learned from George W. Bush (who, by invading Iraq, made Americans forget the corrupt way he was appointed to office by a highly politicized Supreme Court), than to start a war.

Of course, if I am wrong, I know I will be mocked for authoring this article.  That is fine.  I would take no satisfaction knowing that the result of being right would mean death and destruction.  But I feel I would be remiss if I didn't at least write this warning, because Trump is still in office until January 20th, and his madness and lust for power is only getting more dangerous.