Enemy of the People

Enemy of the People 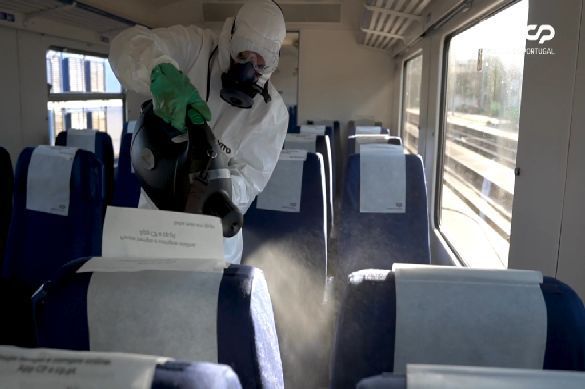 In the US, West and elsewhere, governments are enemies of ordinary people instead of serving them equitably.

The myth of America the beautiful, its claimed exceptionalism, the indispensable state and moral superiority are exposed and debunked by its war on humanity at home and abroad. More on this below.

In the Hollywood film, titled An Enemy of the People, a town doctor exposes the deception about nearby springs with alleged therapeutic powers, a scheme to boost tourism.

The doctor discovers that touted springs are polluted by toxic waste from the town's tannery.

Wanting the news widely spread is opposed by the town's mayor, wanting it suppressed, the whistleblowing doctor silenced.

Once respected, he's intimidated and treated like a pariah, his daughter dismissed from school, rocks thrown at windows of his home.

It risks paying dearly for the courage to speak freely on behalf of public health and welfare.

Made-in-the-USA covid is part of a diabolical social control scheme.

It's combined with transferring unprecedented amounts of wealth from ordinary people to rich and powerful ones in record time.

Unacceptable lockdowns, quarantines, social distancing, and mask-wearing -along with lost jobs and income - caused enormous harm and misery to millions of people so privileged ones can benefit.

It caused the Greatest Main Street Depression in US history that's likely to be protracted.

The worst of it may lie ahead because the longer current conditions continue, the more harm done to most people.

US dark forces in cahoots with monied interests and press agent media are enemies of the people.

They're responsible for what's going on - elements in Washington for orchestrating it, Pharma for pursuing maximum profits at the expense of human health, and mass media for promoting the scam instead of exposing and debunking it.

All vaccines are hazardous to human health. Mass-vaxxing with fast-tracked, experimental, inadequately tested covid ones may prove most hazardous of all short and/or longer-term.

It's vital for everyone valuing their health and welfare to say NO to the false promise of alleged protection from a virus that's much the same as seasonal flu/influenza.

The vast majority of diagnosed covid illnesses are from the above that shows up annually worldwide like clockwork - unaccompanied by fear-mongering mass hysteria and all the rest.

We are being lied to

We're being lied to by government officials, Pharma, and their press agent mass media.

Throughout most of 2020, thousands of doctors, scientists, and others debunked fake news about covid and vaccines to the rescue.

They challenged the official falsified narrative. When followed as promoted, it risks loss of human health that's too precious to lose.

The hazards of contracting what's called covid are greatly exaggerated.

Around 99% of individuals  becoming ill from what's called covid - that most always is seasonal flu/influenza - recover normally.

Many other medical and scientific experts explained the same thing.

Research by Johns-Hopkins University assistant director of its applied economics program Genevieve Briand revealed that the percentage of deaths among all US age groups in 2020 is similar to the data in earlier years.

There's been no increase in deaths of older Americans.

Her information published by Johns-Hopkins student newspaper was removed.

Falsely claiming it contained "dangerous inaccuracies" is part of a diabolical fear-mongering scheme to push the harmful to human health official narrative.

Large numbers of deaths from various causes have been erroneously attributed to covid - to artificially inflate its death count.

It's part of state-sponsored - mass media promoted - fear-mongering to scare the public into compliance with draconian policies.

Editor Kamran Abbasi of the BMJ publication for healthcare professionals reported the following:

"Science is being suppressed for political and financial gain."

"Covid-19 has unleashed state corruption on a grand scale, and it is harmful to public health."

"Politicians and industry are responsible for this opportunistic embezzlement."

"So too are (bought and paid for) scientists and health experts."

"The (so-called) pandemic has revealed how the medical-political complex can be manipulated in an emergency-a time when it is even more important to safeguard science."

When most important throughout 2020, mass media abandoned journalism the way it's supposed to be.

Reported numbers of covid illnesses and deaths have been falsified to promote mass-vaxxing.

Even the WHO belatedly acknowledged the inaccuracy of PCR tests - using terminology not easily understood by laymen.

Before FDA emergency use authorization for experimental Pfizer and Moderna mRNA vaccines, Children's Health Defense warned that this technology "ha(s) serious downsides (and should) never (be) licensed," adding:

"(L)arge mRNA molecules are 'intrinsically unstable, prone to degradation' and may over-activate the immune system."

"(P)reclinical studies (show that) mRNA vaccines have displayed an 'intrinsic' inflammatory component that makes it difficult to establish an 'acceptable risk/benefit profile.' "

"(G)enetically engineered COVID-19 vaccines are likely to start permanently altering genes, triggering autoimmunity and serving as the catalyst for other vaccine injuries or deaths."

A high-risk, widespread human experiment is underway from licensing Pfizer and Moderna mRNA vaccines that may cause enormous harm to countless numbers of people short and longer-term.

It's crucial for everyone valuing their health not to be a guinea pig for what later will likely be known as a failed experiment in treating what most often is seasonal flu/influenza - not needing this treatment.