The Internet - Gateway to stupidity 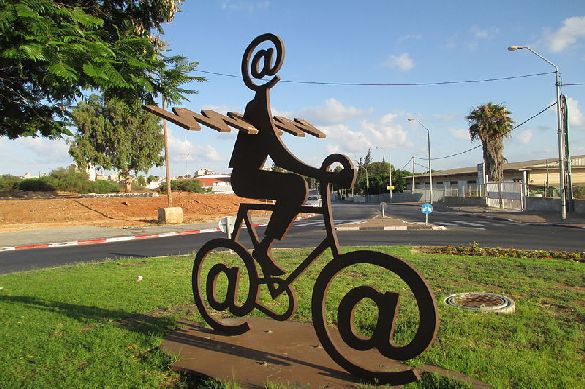 While many of the "old-timers" in the world will fully understand the example I am giving below, those who have never lived in a world without the Internet will probably not believe such a time existed.

When I was in high school, being assigned a research paper for a class was always met with howls of frustration.  It wasn't the writing of the paper, which many students dread today, but instead doing the research.

You had to trudge to the school's or the town's nearest public library, go to a "card file," which was basically paper index cards concealed in narrow drawers, write down the requisite catalog numbers of the book or books you were seeking, walk around the library to find the general section where those books were located, and, if you were lucky, hope to find some of them that weren't already checked out by your classmates.  This frequently happened when teachers assigned students to research the same or similar topics.  And finally, if you did find some books that fit the assignment, you had to scan through them from cover to cover to locate any information that might be useful for your paper.

It was even worse in law school, since students basically had to rely on the school's law library.  This was particularly frustrating when Legal Writing instructors assigned the entire class to write a legal brief about one particular case.  Some of the more unscrupulous students would actually remove the books containing this case from their designated spots and hide them in other parts of the library to gain an advantage over their classmates.

So, you can imagine how good it felt when the "Information Superhighway"-aka the Internet -was created.  Now information was available at a touch of a button, which in turn would make people more informed, knowledgeable, and rational.

But sadly, this has not been the case.  In fact, the opposite has occurred.  The Internet has actually made countless people less informed, stupider, and, for lack of a better word, "crazy."

There are several reasons for this.  First, anyone with a computer or cellphone can create a Web-Page, Blog, Vlog, Podcast, and/or Internet Video.  These creators can talk about any subject, and frequently become "influencers," even when they don't have a clue what they're talking about; Second, Internet consumers can easily ignore news sources, especially objective ones, that do not comport to their particular viewpoints, biases, or delusions, and instead feast upon a plethora of propaganda sites and networks masquerading as "news";  And third, once on these sites, these users become more receptive to mindlessly swallowing any and all lies and conspiracy theories these outlets are willing to disseminate.

With Donald Trump still in power, and still entertaining his delusions that somehow the election was "stolen"-even implicitly inciting his drones to violence-it's not difficult to see how, thanks to today's Internet, truth, or at the very least opinion based on reality, is more a nuisance to be ignored than a virtue to be valued.

Already we have seen how mere accusations published on the Internet or propaganda networks have ruined lives, and even resulted in deaths or near deaths-the most recent example being a former Houston, TX police chief who held an air conditioner repairman at gunpoint because he believed a guy just trying to do his job was somehow involved in an "election fraud" conspiracy.

In fact, the Internet has actually validated key components of Hitler's "great lie" theory:   If leaders tell big enough lies and incessantly repeat them, people can be convinced that "hell is heaven and heaven is hell," and that by reducing these great lies to slogans, such as "stop the steal," they not only resonate more with the populace, they also negate the incentive to employ logic, reason, facts, and evidence.

Yet, I wonder how many of the Trumpers inanely gobbling up his "stop the steal" lies would be willing to be convicted in a court of law under Trump's standards?  All a prosecutor would have to do to obtain a conviction is just make an accusation.  How many of these Trumpers would be willing to go to prison, or even be executed, despite an absence of facts or evidence, simply because a jury decided that being put on trial automatically makes one guilty?

A recent article in the Washington Post discussed how an individual who belongs to a group that claims to despise "big government" actually supported Trump's effort to overturn the election by arguing, "You know, the Constitution doesn't limit government."  Well, if this is the case, isn't it pure hypocrisy for so many Trump supporters to ignore government mandates and refuse to wear masks during a pandemic because they claim it intrudes upon their "freedom," or who holler that the only way the government will take away their guns is from "their cold, dead fingers."

While this instigation of violence and abject hypocrisy should be a wake-up call to politicians who have opportunistically subscribed to Trump's "election fraud" insanity to cease doing so, many are still cowardly playing Trump's game, ignoring not only the dangers their treasonous idiocy is doing to democracy, but also the physical harm it might do to other people.

How blind, self-serving, corrupt, or ignorant does one have to be to see that a man like Trump, who actually meets with an individual who supports imposing martial law to overturn a democratic election, and whose ideal "special prosecutor" to investigate alleged "election fraud" is a delusional lawyer whose own fallacious "stop the steal" lawsuits, filled with conspiracy theories but devoid of evidence, have been repeatedly laughed out of court after court, is not only unhinged, but also contemptuous of everything the country he unfortunately still leads stands for.

Some mass media theorists have argued (and I wholeheartedly agree with them) that the greatest danger of the Internet is it has normalized aberrant thoughts and behavior.  People who once could never find a receptive audience for their deviant, delusional, conspiratorial, and/or hateful thoughts can now find entire chat-rooms and websites where those who are like-minded can gather.

Am I advocating the abolition of the Internet?  No.  Because without it, and the numerous outlets it provides, many of the articles I've written over the years would have both been born and died in my head without ever being published.  But there has to be laws put in place to, at the very least, allow Internet consumers to distinguish truth from lies, reality from rumors, and facts from fantasy.  There has to be consequences for those who cause people to die because they mock wearing masks, or who, like Trump, instigate hatred and violence for their self-serving ambitions, egos, and/or ratings or subscribers.

In fact, I never thought I'd say this, but the stupidity the Internet breeds today, and those who exploit it, makes me nostalgic for those old dusty card files of my youth.