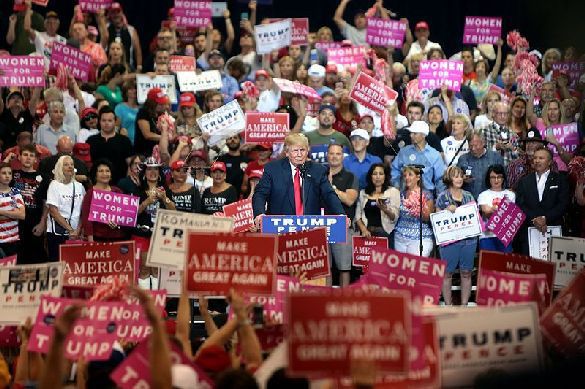 “We wuz robbed” applies to US Election 2020 — decided by brazen fraud for losers Biden/Harris over winner Trump.

An illegitimate process prevailed over an open, free and fair one — the latter prohibited in all US federal elections for high office.

Despite little chance of reversing things in his favor, Trump and his legal team continue trying to set the record straight.

I reject both right wings of the US one-party state — the war party, money party, property party, supporting privileged interests exclusively over governance, of, by, and for everyone equitably.

I support open, free, and fair elections. What happened in the run-up to, on November 3, and its aftermath was orchestrated selection of Biden/Harris, not their election.

When inaugurated on January 20 as things now stand, they’ll be installed in office illegitimately — chosen by dark force interests, popular ones be damned.

On Friday, Trump attorney Rudy Giuliani said the following in response to the Supreme Court’s refusal in hear arguments of Election 2020 fraud — supported by hard evidence:

“So the answer to that is to bring the case now to the district court by the president, by some of the electors, alleging some of the same facts where there would be standing.”

“There’s nothing that prevents us from filing these cases immediately in the district court in which the president of course would have standing.”

“And let’s see what excuse they can try to use to avoid having a hearing on that.”

“Some of the electors would have standing in that their constitutional rights have been violated.”

“We’re not finished. Believe me.”

Separately he said: “We move immediately, seamlessly, to plan B, which is to bring lawsuits now in each one of the states” in question.

“We had them ready. They’re just a version of the one that was brought in the Supreme Court.”

“So last night, (Trump) made the decision” to proceed.

“Nobody wants to face the reality that this election was stolen.”

“This is outrageous what they’re doing. The American people should have the benefit of hearing these facts…The facts have been kept from them.”

“Not a single court decision has had a hearing yet. They haven’t heard from a single witness.”

“They haven’t even bothered to look at the tape in Atlanta, Georgia, which is dispositive.”

“It shows an ongoing voter theft of 30,000 votes, enough to change the election.”

Standing refers to the legal right to sue under federal and individual state laws.

A party may not sue for someone else who is not before the court.

In federal courts, suits cannot be brought over disagreement with government laws or actions.

If the Supreme Court is unwilling to hear for and against arguments of federal election fraud for the nation’s highest office by around 80% of US states, how does it justify its existence?

Dozens of Trump team state and federal lawsuits were dismissed out of hand — for alleged lack of standing, including by the US Supreme Court.

The nation’s highest court refused to hear and rule on credible evidence of election theft — delegitimizing itself and the federal judicial process at the same time.

Facing east is the motto “Justice, the Guardian of Liberty.”

Since the Court’s 1789 establishment, these words belie many of its rulings. We the people and the rule of law don’t matter.

Like many times before, the above mottos were ignored by the High Court for refusing to hear Texas et al v. Pennsylvania et al arguments.

From inception, the US was ruled (largely) by men, not laws or high ethical and moral standards.

The Supreme Court’s inaction on a crucial issue last week was the latest example of a nation off-the-rails.