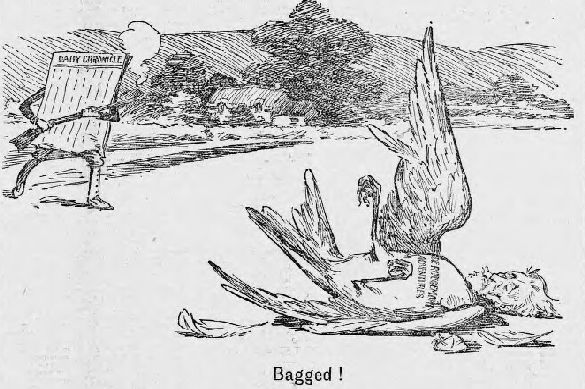 I have always been fascinated by movies and television shows depicting the exploits of con artists.  Many of these have a "Robin Hood" type of theme-the con artist's mark is often an avaricious businessperson or politician and thus deserves to be conned. These shows are often fond of saying, "You cannot con the honest, only the greedy or corrupt."

Reality, however, tells a different story.  Con artists routinely take advantage of the honest, the faithful, and the gullible.

Ironically, honest people are susceptible to being conned because of their honesty.  They often view other people as possessing the same type of integrity that they have, and therefore fail to take precautions to protect themselves.  For example, they take someone's "word" for something, but fail to get it memorialized in writing or to research an issue to ensure they are not being misled.

Also, America's airwaves are inundated with examples of hucksters flying around in private jets and living in ornate mansions, simply because they promise the faithful that for a monthly donation of $19.95 a month they can buy you a ticket into heaven.

And it is in the political realm that you frequently encounter the gullible.  These are people who, in Orwellian fashion, can be conned into believing that "war is peace; freedom is slavery; ignorance is strength."

For example, a lesson that stuck with me all these years was during a discussion I had with my American history professor.  I was arguing how true altruism was more myth than reality, and that people almost always act in their economic self-interest.

He agreed that people usually act in their self-interest, but replied it is not always economic.

He gave the example of poor whites in the South who actually suffered economically because of slavery.  Many of them worked as carpenters, blacksmiths, cobblers, or had other skilled trades.  But wealthy plantation owners didn't need to pay for their services, because they often had slaves who performed such tasks for free.

Yet, as my instructor explained, who were some of the first to shoulder a rifle to defend the institution of slavery during the American Civil War?  These very same poor whites, because the myth that their skin color made them "superior" blinded them to their own exploitation.

It was then I realized that there are good con artists and great con artists.  When I use these adjectives, I do not mean "good" or "great" in a laudable sense, but in regards to their ability.

The victims of good con artists often come to realize they have been conned.  The con artist, however, is usually insulated from repercussions due to the victims' unwillingness to admit they were conned, because such an admission makes them feel foolish or naive.  But, in most cases, the same con artist will not be able to dupe the same victim a second time.

Great con artists, by contrast, can make their victims oblivious to the fact they were conned, thus allowing them to be conned over and over.

In other words, while a good con artist might convince gullible victims to hit themselves in the head with a hammer to cure a headache, they can only do this once.  Great con artists can lure their victims into striking themselves repeatedly.

For years, America has seen the Republican Party, led by the phony "Christian" Michael Pence; the corrupt and mendacious Mitch McConnell, the weaselly hypocrite Lindsey Graham, the repugnant Ted Cruz, and the deranged Donald Trump incessantly con their supporters, and their supporters keep begging for more.

Concerned about a global pandemic?  Well, don't wear masks, social distance, or take other precautions, because my lack of a medical degree, not to mention commonsense, makes me more of an "expert" than any doctor or scientist.

Worried because you don't have health insurance or have preexisting conditions?  Well, vote for me and I'll make sure that you and your loved ones will continue to have a lack of coverage.

The swamp should be drained

Complain that the swamp should be drained so America can have honest government?  Well, vote for me, and I'll fill the swamp with my own filth and corruption.

Expect me to use my elected position for public service?  Well, personal and party interests are more important than the welfare of the nation.

Are you a racial, religious, or ethnic minority worried about how you are treated in a predominantly white nation?  Well, since we purport to believe in "law and order" (unless it's one of our party members or supporters breaking the law or causing the disorder), racial disparities in prosecutions and sentencing will persist; your children will be locked in cages; your relatives will not be welcome here; America's so-called "Supreme Court" and "Justice Department" will function as our personal law firms, zealously protecting our rights while denying these very same rights to those who oppose us; and we will ignore or embrace white supremacy instead of denouncing it.

Which leads to only one conclusion:  Either there is some perverse, self-destructive reverse psychology driving Trumpian Republicans, or politicians in this party are the greatest con artists on earth.

In fact, they are now trying to accomplish their greatest con:  Screaming "Let the Voters Decide" as an excuse not to remove Trump from office during his so-called impeachment "trial," yet now refusing to accept the voters' decision; Alternatively demanding that votes be counted or halted depending on whether Trump is winning or losing; proclaiming that only "legal" votes were cast for Trump, while "illegal" votes were cast for Biden; losing the popular vote in two separate elections, but deciding that Electoral College votes should determine a winner when Trump has the majority, but not when Biden does.

In other words, democracy is democracy when we win, but tyranny when we lose.

The late magician and skeptic James Randi had two great quotes that fittingly describe today's America: "Those who believe without reason cannot be convinced by reason"; and "No amount of belief makes something a fact."

Trump's Republican party, controlled by con artists like Pence, McConnell, Graham, Cruz and others of their ilk, thrives on beliefs created without reason or facts.  In fact, their greatest con is convincing their followers they are not con artists at all, while their constant reelections make them some of the greatest con artists the world has ever seen.

A quote from the classic movie The Usual Suspects states, "The greatest trick the devil ever pulled was convincing the world he didn't exist."  Well, the second greatest trick is how Trumpian politicians have convinced their followers that the devil hasn't purchased their souls.

17:43
Kyiv makes rash step pulling out from nuclear safety agreement with Moscow
17:26
Myśl Polska: Poland tried to outsmart Russia and collapsed itself
16:22
Reuters reveals when Zelensky is willing to end the conflict in Ukraine
15:26
American publicist names the ultimate goal of the game against Russia
14:33
The US will close access to its technologies to the companies supporting Russia
14:29
Russian Finance Ministry refuses to acknowledge foreign debt default
14:02
Teen boy suffers severe injuries as electronic cigarette explodes in his mouth
12:51
Bloomberg: Russia defaulted on foreign debt for the first time since 1918
11:23
Russian Armed Forces block Lisichansk from the south, take hundreds captive
19:07
The EU to provide Ukraine with €9 billions
World
Expert names the four Russian regions that the Pentagon is planning to strike