The Art of a Steal: By Democrats, the Bolshevik Way

The Art of a Steal: By Democrats, the Bolshevik Way 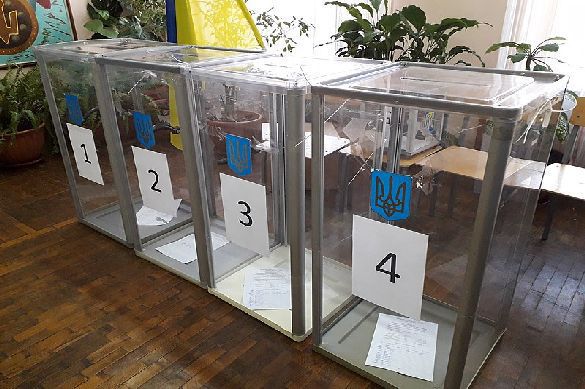 After America voted November 3rd  in their 2020 Election, comes as no surprise that U.S. President elect 45 Donald Trump is trailing Democrat challenger Joe Biden, by a lot. Both in the popular vote as well as in the Electoral College ballot count. The latter is the only one that really matters.

In the run up to the Big Tuesday, media pundits, and pollsters alike nationwide had the senile old bat well in front. Naturally, Joe - the complete antithesis to Orange Man Bad - was up on average 10 percentage points. Some even stretched that to 15 percentage points. Looked like a walk in Central Park, right?

The fake news media got it wrong

Well, NO. The fake news media got it completely wrong, come decision day. The Spinmeisters were not even close. No biggie. The exact same scenario played out in 2016. This time though,  the right to be America's Queen persona, Hillary Clinton, was nowhere to be found. Some say she was still lost in the woods; imbibing away with her favorite Chardonnay by the gallons in order to take away the sting from losing to The Donald. If you remember, it was he, the outsider, who came from who-knows-where, and scooped the ultimate prize: Commander-in-Chief; right from under her red-nosed reindeer. They at least gave Hillary some sense of solace.

So, what happened this time? Why wasn't Donald Trump reelected as the 46th President?

Well, sit yourself down; strap yourself in; buckle up for safety; make lots of popcorn.

Right around midnight EST in America, the Bolshevik shenanigans were about to kick in. At that time, President Trump, presumably had already retired; went to bed. Probably the vast majority of his Republican supporters did the same; except maybe on the West coast. Moreover, why would they not? President Trump's MAGA/KAG agenda produced a substantial lead. More important, he won those states that normally would propel him back to the White House's Oval Office: Florida, Ohio, Texas, and South Carolina. Just as important, maybe a tad more, Team Trump held substantial leads in the key battleground states: Pennsylvania, Michigan, North Carolina, Wisconsin and possibly, the openly hostile Commonwealth of Virginia.

Also of note, GOP stronghold, Georgia, was trending steadily towards Trump. Only, the democratic suburbs of Atlanta needed to be tallied. At this point, things could not have looked more rosy Red Republican. Across the board, in aggregate, President Trump's voter swell, looked good; an insurmountable lead; all told he had a 3 million cushion; cruising to reelection.

Certainly, the many Americans watching felt that way. That is, until Fox News and fiends entered the fray, made the scene. First impact, the foxes refused to call Texas. Next, they already notched California, Oregon, and Washington State - the Tres Democrat Amigos - in Sleepy Joe's column. They did this before the respective polls even closed; started counting. All due respect, Joe Biden was tired by that time; but he knew the fix was in. An hour later, around 1:00 a.m., Fox, CNN, all the mainstream major networks, - Biden cheerleaders from day one of Trump's Presidency - could not contain their combined glee. Joe was leading everywhere. His Electoral College vote had already exceeded critical mass at more than 270. Matter of opinion, Joe was a winner. Only according to his media sycophants though.

That declaration proved problematic, not long after. Those same swing or battleground states all had suddenly stopped counting. Their polling stations ground to a screeching, Bolshevik halt!

How come? What the heck happened?

That is not hard to figure.

China Syndrome had started to kick in. The Chinese preferred candidate, China Joe, had to emerge as the victor outright. No time to argue; finish the count. Orange Man Bad winning and winning bigly did not auger well with their globalist plans. Something had to give. The American Bolshevik media party was just the volatile mix, to provide the fix.

Keep repeating the lie that Joe Biden was President Elect, and by morning, the insouciant masses would lap up all the fake news media's proffering. Heck the lying proved so effective, that a frustrated yet still energetic President Trump had to arrange a wee early morning press conference. In it, he assuaged his supporters and America's Patriots that he was still in charge as their Commander-in-Chief. The media does not decide elections. However, We the People do.

Later on, the Bolshevik infested media doubled down; claimed that Orange Man Bad declared he already won. On that point alone, they were not far from the truth. That revelation also was in keeping with their broader lie. The heat was on President Trump. The Steal though was still in.

But always, the Bolshevik globalist cabal band, dictates the lyrics and calls the tunes.

That, in a nutshell, is the real state of the Donkey Party's democracy.