Using Culture to get through Covid

Using Culture to get through Covid 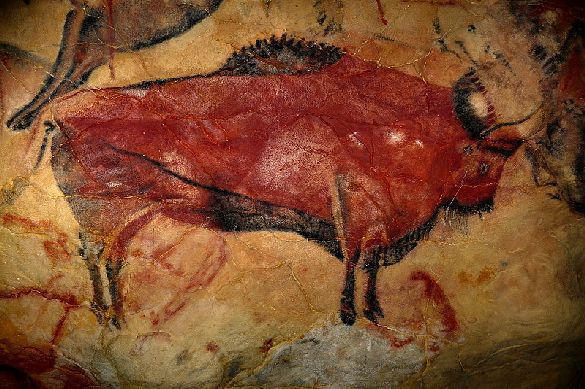 Mental health issues caused by Covid-19 are becoming more and more discussed and apparent. Not everyone is for lockdown. How to get through it?

So here we are again in various degrees of lockdown with cases surging higher than they did in April amid the growing realization that a vaccine is never a cure, but only a prevention; amid calls for the ultimate liability in cases of side effects to be made transparent, while there are growing groups of doubters claiming that Covid is a scam.

After all, all of this was obvious

I would like to say, What did they expect? And I told you so! (in January) but gloating gets nobody anywhere and it was obvious that in a global pandemic, a Back to Business or Business as Usual approach was going to see a spike in cases. And deaths. And it has.

The bottom line is that we are going to be in this longer than people at first said. The French President, Macron, was the first to state publicly that we might be in this until next June (2021), and some people scoffed at the idea. My take is try June 2022, at the earliest, meaning we have another 18 months ahead of us, with clusters of cases turning into spikes, healthcare systems creaking under the weight with a lack of beds, sometimes doctors having to choose between which patient has a better chance of surviving. While, of course, there will always be money for submarines and while, of course, NATO countries will be spending one point two trillion USD a year each and every year on military expenditure, i.e. weapons systems to murder people and see kids grow up without parents, families left destitute, parents left with the burden of a son who came back from military service a different person.

The medieval mindset of humankind

Haven't we grown past that in 2020? No we have not. We are still in a medieval mindset and probably always will be, at least for the foreseeable future. It is enough to hear the rumors that Joseph Biden is planning to put together a team of neocons to find the next victim for the Pentagon to try out new weapons systems and here we go again. Kosovo, Iraq, Syria, Libya, Ukraine...flashpoints, hotspots, full-scale wars, major powers cavorting with terrorists then complaining about the same ones on their lists of proscribed groups but which they activated into demonic hordes in Libya and Syria. So much for a credible foreign policy.

Excuse me, but there is a global pandemic going on, and we are all in the same boat? Isn't it a tad irresponsible, to say the least, to foster conflict and hatred and wars, when we should be helping each other out, and investing that sort of money into development and education programs? The answer from the people is yes, obviously; the answer from certain governments is intrusion, aggression, conflict. Arrogance, belligerence, chauvinism, the ABC of the modern-day modus operandi...

Meanwhile back to Covid-19. Not everyone is for a lockdown and a lockdown is not for everyone. For a month it's a novelty, for three months it starts to get boring, after six months people start to get depressed and after nine months, some just cannot take it any more. While public health management goes round and round in circles, unable to formulate a sustainable policy (once again expressed here in this column many times, i.e. distance working for those who can; better conditions for those who cannot; distance teaching for all pupils/students from middle school upwards with the curriculum available online at any time with exercises and answer keys and access to a tutor; and a regional approach to management of resources, with the decision to close gymnasiums or not taken by those who live locally and by those who have the possibility to save jobs. And who know what they are talking about).

No, as usual nobody takes any notice and we lurch from one decision to the next with blanket bans shedding jobs and livelihoods and excel sheet decisions being taken in a Central Office hundreds of kilometers away; taken by someone who does not realize that Aunty May's Cake Shop can easily accommodate 8 customers at a time if someone allows her to place 2 tables outside in the street without fleecing her for daring to venture outside the box. Those eight customers might save the business and the six people working there earning their living baking cakes and bread.

I have spoken to people on ZOOM who look like they are about to have a meltdown, or a breakdown, with unkempt hair; wild, staring eyes, sitting wearing pyjamas with boots and books flying around behind them in a climate of bedlam, with kids screaming up the walls, followed by the dog and the cat, the canary and the hamster.

I have started to hear of a rise in divorce cases because people who used to spend two hours together of real time (the rest was sleeping) suddenly find themselves under one another's feet. The hubby who used to have a well-distanced girlfriend somewhere invisible (just popping into the office, darling, urgent meeting) or the wife who had a lover are both now one SMS or e-mail away from being outed. Who's Cynthia? Did I buy you that perfume? No, it was a present.

Behavior apart, the sheer fact that in many cases, our homes were not designed for everyone to be in them for long periods of time, starts to be a burden, a stone around people's necks. Those of us with a garden, our own office and enough personal space, should count our lucky stars and remember those in a two-bedroomed apartment with two children and two adults, both adults perched on the kitchen table trying to work and the two kids fighting over the other laptop in the living room.

Squabbles flare up into full-scale rows, complete with glaring contests, shouting, insults and aggressive physical poses, even violence. Those more sensitive to the need for personal space will be more prone to such destabilizing acts as the family changes from a happy closely-knit unit, smiling together as its members go about their chores on Saturday mornings into a number of individuals, each one protecting her/his space and considering the others as intruders, flashes of pent-up emotion turning consideration into seething hatred.

Apart from the obvious, mentioned in this column dozens of times already (hand washing, disinfecting surfaces, changing/washing clothes after every venture outside, showering, spraying/wiping the shopping when it arrives, tele-shopping, mask-wearing, avoiding groups of people, distance working, distance studying) a key consideration is the C-word. Culture.

This can include gastronomy and I continue my wine and cheese parties for the trusted inner circle who, like me, are playing it safe. I am the one with the garden, so they bring a bottle of wine and a different cheese, I provide the bread, snacks and coffee. Twice a month, there is the country-based dinner theme, in which the theme of the dinner is a country chosen at random. There is a standard table of twenty words copied and pasted onto the walls and spread around the table. For the first five minutes the diners can only use these words, then during the meal, everyone delivers a short presentation about the culture of the country, its history and so on. The menu has been previously divided among the diners, so one couple brings two starters, another two main courses, another two desserts and so on and we try to find authentic drinks if we can. After the dinner we watch a few movies (shorts) from the country downloaded onto the television screen in the original language, with subtitles.

For those who prefer the company of a computer, culture is one click away. To get started with just a few ideas, the websites ec.europa.eu/culture  and europeana.eu concentrate on cultural events, while there are many websites offering virtual tours of museums, some theme-based sich as cyark.org, others dedicated to travelandleisure.com and others, offering free visits to museums, such as mentalfloss.com

Just Google up (country) or (city)+museum+virtual tour or (country) + tourism + virtual tour and you can get to know countries and cities and regions without leaving the house, without spending a fortune, getting mugged, getting ill, getting your luggage tampered with, getting drugs placed in your baggage, waiting at airports, queueing in restaurants...

Other friends of mine have started choosing movie directors and downloading all their movies to watch; others have chosen authors and have set up cultural groups on social media, choosing an author such as Sartre, or Unamuno, or Saramago, or Jane Austen or Tolstoi or whoever and staging quizzes about their books; others have set up groups around classical composers. The sky is the limit. These initiatives, which I am sharing because I think that they are important because they are easy ways to cultivate ourselves and come through this with something positive to show, allow us to use Covid as a vehicle to improve ourselves and our friends, rather than viewing it as an enemy which has given us a horrible year (in my case taking my mother, and as if that was not bad enough, my dog less than two weeks later). So instead of feeling gutted, we can come through this with something.

Culture also enables us to teach our children and grandchildren the value of respecting others, of listening to others and accepting other ways of feeling and expressing, other ideas, enjoying diversity, drinking culture from the cups of other creeds and cultures and races and colours. And if we do this, we forget the confrontation, the arrogance, belligerence and chauvinism. We forget wars and demonology, we cease looking at each other through the sights of a gun and we start pulling together, thinking about investing in cultural initiatives, or creating charities to help kids without futures, animal welfare, protection of habitats. We start to respect diversity, meaning we do not destroy it, we protect it.

Some thoughts to get through this together...

Author`s name Timothy Bancroft-Hinchey
*
18:54
Ukrainian soldier uses chainsaw and fire to release US howitzer from ice trap
18:30
Onet: Ukraine will lose in six months due to shell shortage
17:36
Russian troops defeat Ukrainian troops in Zaporizhzhia region
14:50
Number of foreign mercenaries in Ukraine continues growing
14:17
Russians buy more than 50 tons of gold in 2022
13:57
Russia will not talk to Ukraine. Russia will talk to the West
13:34
USA's plan to give 20 percent of Ukraine for peace hoax
12:51
Medvedev: Ukraine as a state to be devastated, go bankrupt and be turned into colony
18:34
Biden changing strategy on Ukraine to reach diplomatic solution with Russia
13:35
USA's next step is to suppress European economies
Ukrainian forces suffer heavy losses while trying to cut across Dnieper