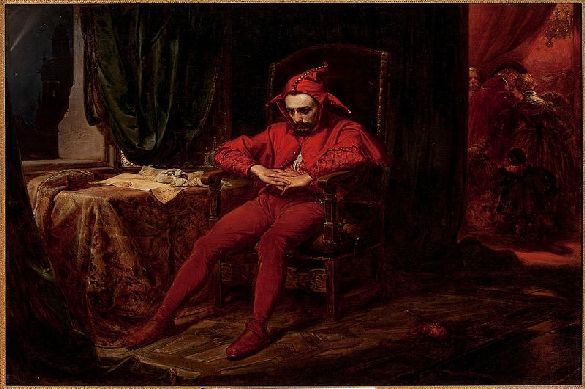 Don't governments have contingency plans for pandemics? Two options: either the plans are useless or why aren't they being followed?

Sorry to keep pressing the same key, banging the same drum, hitting the same note, flogging a dead horse over Covid but guys and girls, we are all in the middle of a global pandemic and we are all in the same boat The problem is that our captains, instead of steering the boat into calm waters and following our advice, have steered it back into the eye of the storm.

Forgive me for getting impatient, or more truthfully, spitting mad, at the way things are going in 2020 but if I, a mere writer, translator, teacher, coach and consultant in my real life could predict what was going to happen in January, while experts were scoffing at the idea that a human-to-human transmission could evolve in the then-called Wuhan Virus, how come people who are paid ten times more than I are given the reigns of public policy-making and make a monumental cock-up?

It was obvious in January...

I am sorry, but my ears pricked up on December 31 2019 when I first heard about a new virus outbreak at a livestock and seafood market in Wuhan, the People's Republic of China and by mid-January, I was asking questions in my opinion-editorial pieces in Pravdareport. I was already stating that there was indeed human-to-human transmission and was advising a total lockdown of the area, and a travel ban to and from the PR China including strict monotiring of trade.

The WHO, as usual, advised no travel or trade restrictions and stated the best path to follow was "vigilance" (as we have seen before, watch the thing like a voyeur and see it pass from Pandemic Phases I to VI without doing anything concrete to halt the spread).

I was constantly calling for a ban on air travel when the virus started spreading. Nothing happened. When it hit Europe, I said that a total lockdown of everyone for one month (after a contingency period to prepare for distribution of supplies) would have halted the virus in its tracks (two incubation periods back-to.back). Nothing happened until it was too late and then only cosmetic measures were taken, slowing it but not stopping it.

As the cases mushroomed, it was by then to me obvious that there was more going on than human-to-human transmission by droplets caused by coughs and sneezes and that there was a critical build-up of the virus in enclosed spaces, occasioning infection through aerosolization. They insisted that visors, face-masks and the one-meter distance rule were adequate. By then I was wearing face mask and visor and a large plastic bag covering me from head to waist, gloves, using a contactless cash card and visiting grocery stores when they were empty, standing by the door and handing a list and my shopping trolley to the employee.

Then I called for schools and Universities to be closed, with the program available online to be accessed at any time from any place. Lessons were given by ZOOM in real time, meaning those without immediate access to a computer with mike and cam working were excluded. Even today, the program is not universally available online providing access at any time

In June, when our elightened authorities were speaking about business as usual in September, I predicted that in a global virus pandemic with highly contagious characteristics, more people together = more cases. No, they said, we must get the economy going and students back to school because the alternative is worse. The alternative is ending up in a coffin, if not little Johnny then little Johnny's grandmother.

Business as usual, back to school

And in a cheery voice, they repeated: "back to business as usual to get the economy going".

And now look what happens. As I was saying in June, and I shall also repeat what I said: More people together = more cases. And sadly, the situation now is worse than six months ago, the difference and the only ray of hope being that we now have treatment protocols which help patients through the illness whereas in March doctors were wearing shopping bags over their heads and patients were given Paracetamol.

There is a place and time for everything and this is not one to gloat or to say I was right, it is time to take stock and draw conclusions.

Firstly, I cannot believe that there are so few of us who approach this pandemic with common sense. There are a lot of people in denial, a lot of youths who attack the police when they break up raves, a lot of adults who refuse to wear the face mask (then get Covid, of course). After all, it is not rocket science.

The second point is that if the socio-economic system currently in vogue is incapable of co-existing with this pandemic, then we can conclude that it is flawed, and useless. At best, it caters for boom and bust peaks and troughs, creating endemic misery, failed families, failed communities, marginalization, crime, insecurity, instability in the job market, instability as far as keeping a home is concerned. Then they claim it is better than the planned, social model which provides services for free, zero joblessness, zero homelessness, security, food even, education, healthcare, transportation, opportunities to work abroad and since the State provides everything, a pandemic is no big deal as regards the continuation of the economy. People vote for shit, they get shit.

The next question is what happened to the pandemic contingency plans which governments have in the drawer for precisely such an event, what happened to the practice exercises in the USA is 2016, preparing for a global pandemic? A pandemic pulmonary virus infection was being spoken about in the USA in 2002, and the treatment protocol with chloroquine was already being made.

Now for the E-word, Education. Obviously it is good for kids to go out and play and learn and interact together and obviously a six-year-old is incapable of sitting still in front of a screen for hours on end. However, with good will and organization, anything is doable and it is not that difficult to get the entire 12-year basic education program online in 36 stages (12 times 3 periods) together with exercises and answer keys and windows for students to contact a tutor. Even the private sector can step in here, providing education not only to the kids in the area but why not worldwide? The more enlightened could even do this for free as indeed I shall do when I retire. Anyone else want to help? OK thought not, sorry.

Finally, the workplace and legislation. Forcing people to go back to work is the same as asking them to run the gauntlet and the answer from the employee should be: OK I will go back if you promise to pay my salary to my family until my retirement date if anything happens to me. In some cuntries, hundreds of thousands of people are today facing eviction from their homes because they could not pay the rent.

It makes sense for the work market these days to cater for distance working, as Yuval Noah Harari was already predicting a few years ago in his excellent books Homo Deus and 21 Lessons for the 21st Century. So in a time of a global pandemic, which kills people, and which has made 2020 the bête noire for so many of us, myself included, it makes sense to invest in distance working platforms such as Zoom and Teams and so on. They work perfectly well, they provide a portable workstation from any laptop anywhere at any time, they provide the worker with the chance to be at home looking after the children as they do their school work. Workers do not have to waste time travelling across cities to get to work and can use that time for some exercise (walking, running, Tai Chi or whatever), companies do not have to spend so much on office overheads (or even an office at all). The one who loses out is the office control freak who suddenly has nobody to boss around and who these days has to invent schemes such as daily report-writing from 19 to 20 hours to make him/herself feel relevant.

Due to the fact that society these days is run on reactionary policies to increase the wealth of those at the top at the expense of those at the bottom, there has to be proper legislation and here once again we see the value of the legal profession and lawmakers (something I call for in 99 per cent of what I write, including in the area of international law). The workers have to be protected with just three things: a job description, a timetable, a claims process to discuss unfair demands and conditions. Period.

Sitting here writing these pieces when I could be spending my time playing with my dog, spending time copying and pasting them into social media networks to increase readership and sending them to friends controling news websites across the globe when I could be outside in the garden, all the time while it appears I am barking at a brick wall, is a challenge. Maybe if sometimes, occasionally even, people took some notice of what is nothing more or less than common sense...

It appears that those who manage us never had any and worse, have lost the plot, some exceptions granted.