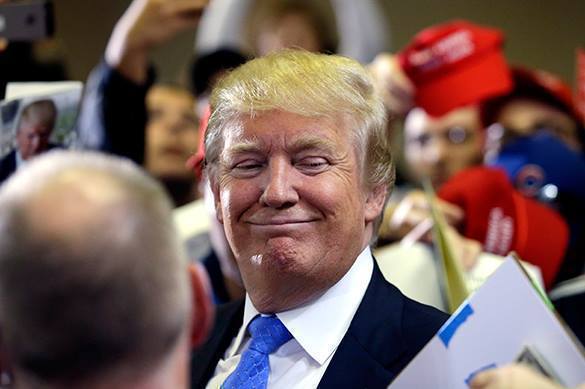 While I always enjoy, and usually agree with, my friend and colleague Timothy-Bancroft Hinchey's viewpoints, I must express some disagreement with his recent article Trump, Covid, the US Election and Common Decency (Pravda.Report, 10/3/2020).

In this article, Mr. Hinchey criticizes those who have expressed some sense of satisfaction at the karma that resulted in Trump getting the Coronavirus.

In arguing his viewpoint, my friend and colleague discusses two personal losses he experienced-his mother and his Border Collie, Tolstoi.

I have lost my father, and one of my uncles (whom I was named after) died at the Battle of Midway in World War II, and I've written two articles for Pravda.Report, One Solitary Life, (1/17/2008) and One Solitary Life, Part Two, (08/01/2012), that discuss the loss of two of my dogs, Maggie and Dominick.

So, I certainly understand and respect where Mr. Hinchey is coming from; however, as callous as it may sound, I've often said that, while I would never actively hurt another person, there are also some people I have little compassion for.

These are normally two types of individuals:  People who essentially create their own negative situations, then expect everyone to sympathize with them when they ultimately experience the  repercussions they have been constantly warned about, and people who actively and knowingly exploit or harm others for self-serving gain.

For example, I know many smokers who, when reminded about the dangers of tobacco, would flippantly reply with remarks like, "Well, you have to die of something," only to later cry "woe is me" when they acquire a tobacco-related disease.

Mr. Hinchey also argues we should commiserate with Trump because "politics is not about hatred."   The problem with this is that Trump has made it about hatred.  Recently, for example, he openly boasted about causing what many believe was the extrajudicial execution of Antifa activist Michael Reinoehl, while also instructing the Department of Homeland Security (DHS) to support Kyle Rittenhouse, who shot and killed two people and wounded a third while they were protesting racial injustice in Wisconsin.  Trump also, during the recent debate, sent out a cryptic message to the right-wing "Proud Boys" to "stand back and stand by," which many perceived as an incitement to violence, and he has repeatedly (until recently and then only under political pressure) refused to denounce white supremacy-a movement that many government officials view as America's greatest domestic terrorist threat.  In addition, Trump's wife, who also contracted the Coronavirus, was caught on tape mocking children who had been, due to Trump's immigration policies, forcibly separated from their parents.

And let's not forget this:  Trump cheerleader Bill O'Reilly once said that those who died of Coronavirus "were on their last legs anyway"; Fox News, taking cues from the Trump White House, spent weeks downplaying the dangers of COVID-19, allegedly calling the disease a "hoax," a "fiction," and an "impeachment scam"; Trump, himself, zealously pushed for (causing several Republican governors and judges to march to his drumbeat) the premature reopening of schools, churches, and businesses; and his toady Attorney General William Barr even threatened to sue states that endeavored to take commonsense precautions against this virus.

As I said in my article The Human Species Is Doomed (09/21/2020), "Why would anyone with even a modicum of common sense give their devotion to someone who tells them that taking preventative measures against a pandemic is somehow a 'personal' affront to him; demand that people remove masks; conduct massive rallies where preventative measures are not only ignored, but even mocked, yet is privately caught on tape detailing how deadly COVID-19 can be and how 'easily transmissible'; how, when someone sneezed in his presence, says, 'The entire room bailed out . . . .  Including me by the way'; or how, when asked if he's worried about catching COVID-19 at one of his aforementioned rallies, flippantly replied, 'I'm on a stage that's very far away, and so, I'm not at all concerned.'"

In other words, Trump knowingly put his own supporters lives at risk, essentially playing Russian Roulette by holding these rallies where unmasked people were sitting in close proximity, while he boasted about maintaining social distancing.  He ignited the "anti-mask" movement, which has resulted in acts of violence against employees endeavoring, for their own safety and the safety of others, to ask that customers wear masks when patronizing businesses.  And let's not forget Trump supporter Herman Cain, who died from the Coronavirus after attending, without a mask, a Trump rally in Tulsa, Oklahoma.  Even after Cain's death, did Trump show "common decency?"  No!  He continued to insist, according to the Independent, that his indoor rallies "have had no negative effect."

Plus, even though he traveled in close proximity with Hope Hicks, who contracted the virus before Trump, he is blaming members of the military, whom he allegedly called "losers" and "suckers," or members of law enforcement, whom he claims to support as a "law and order" president, for giving him the virus.  Yet, these are members of the same military and law enforcement communities that faced increased risk of contracting COVID-19 by having to come into close proximity with protesters so Trump could do a "photo-op" of him holding the Bible, or that were sent by the DHS and Justice Department to various cities around the United States, so Trump could, while safely ensconced in the White House, boast about how he had quashed the anti-racism protests that erupted after the death of George Floyd, whom Trump later claimed, according to The Guardian, was now "looking down" in gratitude for Trump's handling of the economy.

And, as I am writing this, CNN is reporting how, after contracting the Coronavirus, Trump endangered the lives of two secret service agents who were compelled to drive him in a "hermetically sealed  SUV," just so he could wave to adoring members of his cult; his campaign adviser is proclaiming that no additional safety protocols will be implemented during Trump's rallies; and Trump, himself, is still downplaying the severity of the virus by tweeting, "Don't be afraid of Covid.  Don't let it dominate your life," which will undoubtedly only reinforce, and even add new recruits to, his ideology that taking commonsense precautions against COVID-19 is vacuous.

These are the callous, and even deadly, antics of the man Mr. Hinchey argues is entitled to "common decency."

In my Pravda.Report article Limbaugh: The Saccharinity Of Death and Dying, I discussed a scene from the classic 1951 movie version of Dicken's A Christmas Carol.  After Scrooge's death, three of his employees had stolen and were selling off some of his personal items to a pawnbroker.  When asked whether they felt any guilt about doing so, they replied that if Scrooge had desired to be remembered fondly after his death, "why wasn't he amiable in his lifetime."

While I firmly believe that Trump's callousness, cruelty, mendacity, and selfishness are undeserving to be reciprocated by "common decency," even if you endeavor to throw politics into the mix, as my friend and colleague Mr. Hinchey does, it accomplishes nothing more than falling into the same old trap.  In America, many Republican politicians and their right-wing enablers incessantly do their utmost to silence voices of dissent; enhance the suffering of the poor to further fill the coffers of the wealthy; use insults and disseminate false information to attack those who challenge them; and celebrate (as in the case of Reinoehl) when people they oppose become ill or are injured or killed, yet always want to call "foul" when similar tactics are directed back at them.

Sadly, sometimes standing on the high ground simply makes one an easier target for those lurking in the gutter.

I admire and respect Mr. Hinchey's opinion, and I will continue to admire and respect him.  But I believe he is wrong in thinking that Trump and the harm he has caused to American lives and American democracy entitle him to even a modicum of "common decency."  Respect should be earned, not given, and especially not given just because a professional conman can dupe a gullible minority who, thanks to the anachronistic and asinine Electoral College system, put him into a position where he, and his sycophants, can destroy a once great nation.

So, to paraphrase John F. Kennedy, "Ask not what sympathy you should feel for Trump; ask what compassion he felt for the more than 200,000 people who have died from the Coronavirus in the United States, and how some of these deaths were undoubtedly caused by people who followed Trump's example of refusing to take adequate precautions and thus spread this virus to others, all because he decided his personal ambitions and narcissism were more important than human lives."