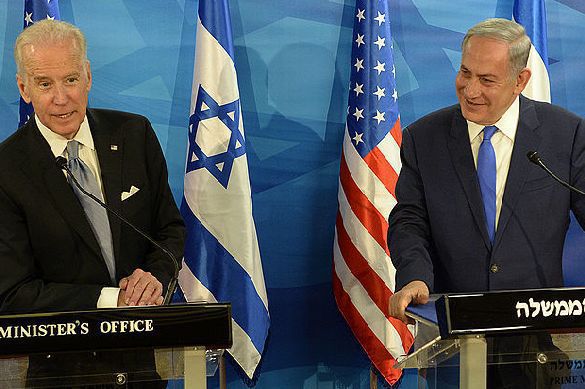 Like Trump, love him or hate him, the only way to beat him is to come up with an articulate, serious candidate who can command respect through an extended discourse based on a strong grasp of reality. Not by wheeling in someone who can hardly string two sentences together. It's called Bidenspeak.

And here I start by stating that my intention is not to defend Donald Trump or to attack Joe Biden, principally because I am not an American citizen and I can share that I have never set foot in the USA, so as I state when other countries interfere overseas, it's none of my business. I know it isn't sexy in the international media to do anything other than try to ridicule President Trump but well, I have never towed the line or allowed myself to be restricted or shaped in what I write. So while everyone complains about Trump, let us analyze the contender for his place.

For a start, and analysing what Joe Biden says, one does a double-take, re-reads his utterances, frowns, reads them again, makes an expression of incredulity and one comes out with the notion that the man either speaks gibberish or else gobbledegook. Is the main purpose of Kamala Harris to translate what he says into plain English?

For those who wonder what I am talking about, a Joe Biden speech (Bidenspeak) runs along the lines of something like this:

Hey, God love ya! I am going to speak about Kosovo first then get back to ah... they, they said that Middle Eastern politics is all about the time....where...look! they gotta have the washing machine going, excuse me, the record player, going all night because otherwise social workers will not understand what they...he....didn't mean exactly she said it weren't true but...my grandmother used to say "If you got nothing to say then shut the f*** up" but I ain't because my great-grandmother used to say "hey, you ain't nothing more than nobody" and my Dad used to say "son, you's a college brain", and my grandpa Zappa used to say, "hell, you are what you is".... so God love ya!

Silence. Embarrassment. A single clap shyly breaks out from the back, extinguished by a collective glare. Ooooooooookaaaaaaayyyyy. Nurse, have you er....forgotten the meds? I think someone needs to take something. Now come along Mr. Biden, come along to your room, you know you shouldn't watch too much television, it does bring on these attacks of Bidenspeak. No seriously, ladies and gentlemen, is THAT the articulate, focused, concise and organised mind you want to lead your country through these difficult times?

Even on his brighter days when we can actually understand a word he says on occasions of lower levels of Bidenspeak, Joe Biden displays a shocking degree of pig-headed arrogance and sheer, unadulterated, total ignorance about the reality in world affairs. Let us analyze some of his statements.

On Trump and Russia:

"Donald Trump continues to cozy up to Russia while Putin persecutes civil society and journalists. Now, opposition leader Alexei Navalny is in a coma after being poisoned. It's unacceptable. Unlike Trump, I'll defend our democratic values and stand up to autocrats like Putin."

OK, so in that case, let's drop the "Joe" and call him "Biden". In a word, what a load of crap. I have been writing for this newspaper since 1999, indeed I have worked with the Soviet and Russian press since 1976 and never once have I been persecuted or even had any directive whatsoever placed upon me as to what I cannot write, except for one: Tell the truth. If "civil society" goes around fostering and festering discontent, stirring up trouble and nationalistic ideas in regions rich in mineral resources (and Biden should know, given what happened in Ukraine and his son Hunter and his position in the industry there, Google it up folks), then they wouldn't be welcome anywhere would they?

And secondly, what a clanger, an opposition leader in any country is the leader of the second most voted party, which in Russia is the Russian Communist Party, not a non-entity who nobody votes for or has any intention of voting for. A fringe figure on the margins of Russian politics, a guttersnipe with a dubious track record, does not a leader of the opposition make. And third, if Navalny was poisoned (and why don't the German authorities provide samples to Russia? For the same reason the British authorities failed to provide information on the Skripal case, or maybe we should ask the CIA?) what does this have to do with President Putin? And if Biden is making claims, then let's see the evidence. Put up, or STFU! Fourthly, isn't it a tad arrogant to insult the intelligence of all the many millions of Russians who have voted for Vladimir Putin over the years in free and fair democratic elections by stating that the system is autocratic? Who does Biden think he is?

On NATO and his future plans:

"As president, I will do more than just restore our historic partnerships; I will lead the effort to reimagine them for the world we face today. The Kremlin fears a strong NATO, the most effective political-military alliance in modern history. To counter Russian aggression, we must keep the alliance's military capabilities sharp..."

Oh dear, the war lobby speaking again as it did under Hillary, the military-industrial complex flexing its muscles gearing up for more wars to justify the club which is NATO whose member states collectively spend one point two trillion USD each and every year on military expenditure, more than enough to eradicate poverty globally in one single year. How Establishment, how dangerous...more of the same. I thought the people of the USA voted against this sort of approach four years ago? So how about asking Biden how much he is intending to spend on schools and hospitals and homes and pensions while he makes cooing noises at a military organization which gets off on murdering families, spending 1, 200,000,000,000 USD/year on weapons systems to kill people?

NATO is a singular waste of time, an anachronism, a criminal, murderous, terrorist organization which perpetuates itself through meddling and conflict, visiting misery on its victims and destroying livelihoods. A sterling example was Libya in which NATO breached the UNSC Resolutions it signed, interfering in the internal affairs of a sovereign state, siding with terrorists, with boots on the ground, and turned the country with the highest Human Development Index in Africa into a failed state, crawling with terrorists and...in 2020, slave markets. If international law was worth the paper it is written on, Biden's beloved NATO would have had its ass thrown into jail. And there is Biden defending it and licking its feet. And er...who was Vice President while the Libya Operation was ongoing?

"What is happening in Iraq is going to-I mean, excuse me, in Afghanistan, as well as all the way over to Syria, we have ISIS that's going to come here..."

A pure example of Bidenspeak. And let us remember Biden's position on Iraq. Yes, he was one of the 77 Senators who gave the nod to George W. Bush's illegal and criminal, murderous, terrorist attack against the State of Iraq, one of the most blatant outrages in international relations, a stab in the back for diplomacy and a display of utter disrespect for the United Nations Organization, which needs to be supported, not undermined. It was an attack that destroyed the State of Iraq, killed up to one million people directly or indirectly and set the conditions for the formation of ISIS. So thank you very much, but we need fewer Bidens around the international scene, not another one.

So let me leave you with a snippet of times to come, the Joe B. Show with Kamala Harris translating from Bidenspeak into plain English:

Is THAT the future President of the USA???