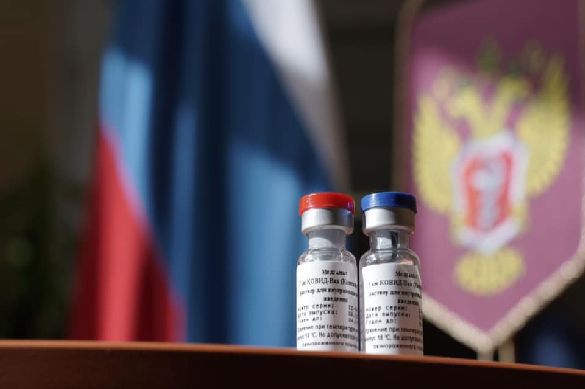 The announcement by the Russian health authorities on the creation of a vaccine against COVID-19 has stunned its Western counterparts: even worse, the vaccine works and does not produce harmful side effects. If there was another way to ruin the day for all possible interested parties here in the West, it was Vladimir Putin's statement that one of his daughters participated in the trial and survived without problems. If the big boss puts one of his daughters into it instead of running the daughter of the last of the servants, then it means that we are on the right path, right?

In September there should be more juicy news [1] and there are already foreign nations interested in the vaccine, with the nice name of Sputnik V [2].

I don't want to be the one to turn the knife in the sore (History will take care of it in the coming months), but whoever is interested should go and search the web for the characteristics required to human guinea pigs who would like to undergo western vaccine testing. To Italian readers, but also to foreign readers with a bit of Google Translator, I suggest this article by Italian journalist Maurizio Blondet:

Among the various faults of Blondet, however, there is that of using the brain, as well as that of striving to be a good Christian. Two unforgivable sins in our age of snowflakes.

The problem is this: there are no adults in the room. These are not my words but Christine Lagarde's as Yanis Varoufakis heard them when they were discussing the economic problems of Greece [3]. Mrs Lagarde was referring to the German attitude, which unfortunately turned out to be successful with all the frightening effects that Greece experienced on its living skin and which it continues to experience even now.

Here we are on the same level: for the Western chancelleries Russia is not part of the world equations and when it proves otherwise, many (not to mention all) slam their not-so-cute little snowflakes muzzle against the leathery wall of the Reality of Adult Life.

It already happened a few years ago, when Russia moved its warplanes to Syria and made a commitment to kill the Islamic militiamen who wanted to destroy that wonderful country. Everyone was surprised. In the West, of course. Then they thought it wouldn't last, that it was all a bluff. But no, the Russians are still there. Worse: they also placed their fleet between the US and the coasts of Syria. Do we all remember that night when Biden nearly got in his pants on television because he knew the Russian fleet would open fire on American ships if they fired their missiles against Syria? We all remember it. Well... not everybody, it seems obvious to me.

With COVID-19 it went the same way: without saying anything, without making proclamations, especially without asking anyone's permission, Russia rolled up its sleeves and got to work. The result is the Sputnik V which, let me tell you, must work pretty damn well if they've given it that name that tastes so bad.

The Gamaleya National Research Center was founded in 1891 and is owned by the state. This means that it does not have to answer to a board of directors with rapacious banks and vultures in suits. It means that it responds to the Russian government. Clearly, it must produce results that justify the investment of public money. It seems to me that the result we are talking about justifies enough. Probably in a few months it will justify even more but even so it doesn't seem too bad. It seems that the road is just the right one, with all due respect for Western snowflakes.

Another thing in which Russia is different from the West is that the so-called "gender and identity politics" have not taken root. This implies that certain important, critical positions are still generally assigned to people chosen because of competence, intelligence, and ability to work in a team and not just because they are female or otherwise white.

Corruption also exists in Russia and I'm sure that there are name droppers too. But before you point the finger (I am talking above all to you, Italian snowflakes) remember what corruption is in the West (and in Italy). How many times we have read and heard about public money wasted in works that have never finished or with ridiculous results compared to those promised at the beginning. How many times a public competition had the obvious result only for the courtship's prostitute, for the courtship's pimp (Italy could write an entire encyclopaedia on this subject).

COVID-19 was a disaster for Russia too but a disaster faced with a dignity higher than that shown by other countries in the world and above all with a preparation that no one had foreseen in the West. The quarantine imposed on the Russians was generally milder than those in Western countries and began earlier, gradually, gaining that precious time that others wasted on anti-fascist aperitifs. The economy has suffered, of course, but the resilience of the Russian people is truly extraordinary: if you don't trust it, ask the German troops of the Third Reich for an opinion...

It is the results that matter and Sputnik V is the result that matters. Now. Here. And perhaps it also means this: you could also use a low-intensity biological weapon against us but you would still find us ready to answer you.

This is an interesting aspect. I need it to introduce one last brief consideration: if we are all still in mortal danger due to a terrible pandemic, why is the Westerner preparing a color revolution in Belarus?

Stupid Western snowflakes! You are preparing yourself for another Russian surprise...

Photo: By Ministry of Health of Russia - https://minzdrav.gov.ru/news/2020/08/11/14657-minzdrav-rossii-zaregistriroval-pervuyu-v-mire-vaktsinu-ot-covid-19#downloadable, Attribution, https://commons.wikimedia.org/w/index.php?curid=93044757