Tourism: England stabs Portugal in the back (again)

Tourism: England stabs Portugal in the back (again) 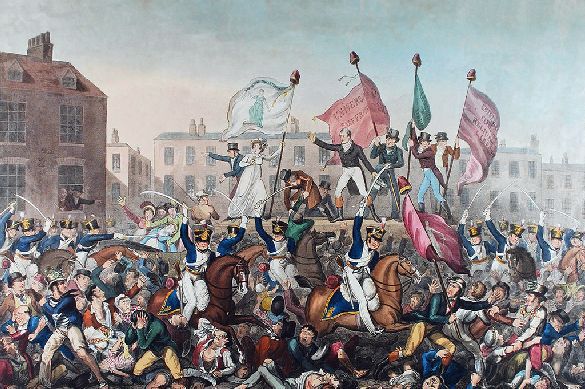 The decision to exclude Portugal, the country with one of the best records in managing Covid-19, is typical of a Government that has lost the plot

Let us examine the latest travel advice from the UK: British tourists can travel to Madeira and the Azores Islands (both Portuguese territory in the Atlantic) but must self-isolate in a fourteen-day quarantine when they return, while mainland Portugal is considered dangerous and only fit for "essential travel".

Failure to grasp the facts

To begin with, the measures are stupid and denote a total failure to grasp the facts and understand basic realities, typical of a Government led by a bunch of elitist fuddy-duddies who would not know the difference between a bottle of brandy and a pig's ass. Let us take as an example the lackdaisical attitude of Boris Johnson, the Prime Minister, who was gallivanting around the country shaking hands - and nearly died as a result. If it had not been for a Portuguese nurse (snapped up like hot cakes by the NHS because of Portugal's excellent academic standards), and others, he would today be six feet under.

It is typical of such a Government to totally ignore the reality and make a sweeping decision tarring all situations with the same brush. While it is true that Portugal has a temporarily high rate of cases per 100,000, it is also true that the country has managed the Covid-19 pandemic with common sense and efficiency. Many are the examples of Portugal's high degree of planning, vision and verve. Expo-98, which transformed a dead area of Lisbon into a world class event and subsequently became a hive of commercial and residential activity, including an enormous transportation hub; the Euro 2004 UEFA football tournament, which baffled the British police due to its practically zero cases of violence apart from a few tattoed "friends" from Her Majesty's Yobland not handling their beer (as usual) and throwing plastic chairs around in the Algarve. It is not for no reason that the Romans called them Prettani (the tattooed ones), hence British. There are many other examples of less grandiose, yet important, events in which Portugal chaired conferences, meetings, symposiums with aplomb.

The fact is that Portugal has been totally transparent since the beginning of the pandemic, reporting cases daily, all cases, and not trying to cook the books like the UK which only included figures from hospitals and doctors' surgeries but excluded those from the community and nursing homes. In Portugal doctors also had Personal Protective Equipment from the beginning, while in the UK as billions were being spent on nuclear submarines, doctors were wearing plastic shopping bags over their heads.

The fact is that the UK has 28 times more deaths from Covid than Portugal (and how many strokes and heart attacks in the UK were registered on death certificates as "stroke" or "heart attack" and not a Covid-related incident?), yet the UK has only six times Portugal's population.

The fact is, if the British government for once pulled its thumb out of its backside and did some research, instead of relying on the Foreign and Commonwealth Office, which spends its time inventing excuses for its Foreign Policy Disasters (remember when the UK was aiding a terrorist group in Libya on the FCO's own list of proscribed groups? My raising of the issue merited a hacking of a facebook account...so much for freedom of expression) they would discover that the spike in cases in Portugal is confined to areas in the residential northern part of Lisbon and the neighbouring councils of Odivelas and Loures. These are densely-populated residential areas where many people have to travel to their manual or menial jobs by public transportation. They are not the type of place where tourists go, the restaurants cater for the local population, there are no hotels or boarding houses or beaches or museums or art galleries or theatres.

The rest of Lisbon (the part affected is the northernmost local council of Santa Catarina which most Lisbon residents have never heard of) is safe, as is the rest of the country. So the decision taken by the British Government to exclude Portugal from the list of safe destinations is, in the words of Foreign Affairs Minister Augusto Santos Silva, "absurd" as well as being "profoundly unfair" and unfriendly. And "wrong".

And he is right. But if as he says he hopes the decision is soon reversed, there is more chance of King Sebastian appearing suddenly through the mists over the River Tagus one Autumnal day wearing an FC Porto shirt.

Calling a spade a spade

Let us call a spade, a spade and if nobody else has the guts to spell it out, then I do and shall. British foreign policy is rife with incidents of shit-headedness, utter insolence, a superiority complex, criminal acts, murderous policies, massacres and cruelty. One only has to judge the psyche of the nation by its squares and intersections, studded with statues of warmongers, winners of battles causing the loss of lives and the destruction of how many families, how many rivers of blood constitute the red in the Union Jack? The whole place is a temple glorifying the wreaking of havoc. It reeks of war, it stinks of arrogance.

What to expect from a place which served the Portuguese, its oldest ally since the Treaty of Windsor in 1386, with the 1890 British Ultimatum (a declaration of war because Britain wanted part of Portugal's African territories)? So much for friends and alliances. What to expect from the place which in the twentieth century deported the entire population of the Chagos Isles, gassed their pets...I repeat, GASSED THEIR PETS, and sent them to live elsewhere before handing the place over to its bedmaster, who else, the USA?

The absurdity of the decision

Lastly, the United Kingdom could not manage a bachelor party in a brewery. The reason why I put "England" in the title is because Scotland has yet to sign up to the deal, because in the words of Scotland's First Minister, Westminster either does not share its documents with Edinburgh or else says one thing and presents documents which state another. So there is a possibility that travelers from England can fly from and to Scotland then drive back to England and not face quarantine.

And anyway what is to stop an English tourist flying to Seville, which is deemed "safe" then driving to the Algarve just an hour and a half away?

So Portugal can thank its great friend and ally for screwing its economy regally. Nice one. Tourism accounts for 20 per cent of the country's GDP and the British tourism market is the second most important vector, accounting for 3.3 billion Euro in the Algarve region alone, per year.

An idiotic decision by the English government but then again, what to expect? There would more chance of Portugal seeing a further spike in Covid cases caused by visiting Britons anyway. So, good riddance! At least the plastic chairs in the Algarve can look forward to a Summer of peace and quiet.