International Women's Day: So much more to do

International Women's Day: So much more to do 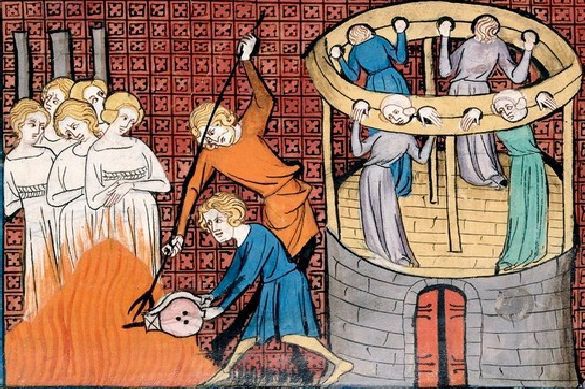 25 years after the Beijing Declaration and Platform for Action, the most comprehensive roadmap for women's rights, the hard-fought victories gained are being reversed and in some areas, we are going backwards.

March 8, 2020. International Women's Day. This is no time for complacency. This year's theme is "I am Generation Equality: Realizing Women's Rights" and comes after the release of the latest report by UN Women "Women's Rights in Review 25 years after Beijing" which takes a look at the victories and challenges in achieving full rights for women.

This document is based on the Secretary-General's report and on data provided by 170 Member States, along with input from hundreds of civil society activists around the world.

In a word, the findings of the report are disappointing. While progress has been made in healthcare and education, there has been stagnation and even reversal in other areas. "Overall change has been too slow for the majority of the world's women and girls. Progress is now under threat from rampant inequality, runaway climate change and the rise of exclusionary politics" (UN Women).

"Today, not a single country can claim to have achieved gender equality. Multiple obstacles remain unchanged in law and in culture. Women and girls continue to be undervalued; they work more and earn less and have fewer choices; and experience multiple forms of violence at home and in public spaces. Many hard-won victories are being reversed". Depressing reading in a world which claims to be civilized, well into the so-called Third Millennium.

The stark and unadulterated facts

So let us look at the report and highlight some of the facts, and see whether we have achieved gender equality in any way, shape or form:

Women are 25 per cent more likely than men to be living in extreme poverty. In national parliaments, only one in four seats are held by women. Women do three times as much unpaid work as men, 4.7 hours a day compared with 1.7 hours for men. Over the last two decades, the gender gap in labour force participation among adults aged 25 to 54 has stagnated.

Women are paid 16 per cent less than men. Only 25 per cent of managers are women. 31% of young women aged 15 to 24 are not in education or employment training. 18% of women aged 15 to 49 have experienced some form of violence in the last year perpetrated by their partner.

Only 40 per cent of women who experience violence seek any form of help. In 2017, every single day, 137 women were murdered by their intimate partner.

The review on the report, produced by the UNO; states: "Rising inequalities and economic exclusion are a symptom of development models in which gains are not shared equitably. Pushback against gender equality is becoming stronger".

The most sickening of all

Violence against women and girls provides the most telling and sickening statistic of all. The figures quoted by UN Women indicate that 35 per cent of women worldwide have experienced some form of sexual intimate violence in their lifetime perpetrated by their partner.

650 million women worldwide were married as minors. 200 million women aged 15 to 49 have undergone Female Genital Mutilation. 15 million teenagers have been raped. And no we are not speaking of some under-developed society in the back of beyond. This is a humanitarian crisis which affects all countries, classes and societies. In the USA, 23 per cent of female undergraduates reported sexual harassment or unwanted sexual advances. In the European Union, ten per cent of women have been the victims of some form of sexual cyber harassment. 82 per cent of female parliamentarians report having been the victims of psychological harassment.

The pitiful reply is No, it has not. Nowhere.

If this article has stirred some kind of reaction in male and female readers alike, there is actually something that you can do. The UN Women website is an excellent resource with information on projects being undertaken and advice on what people can do. Surely the world can do better than this?