Limbaugh: The saccharinity of death and dying

Limbaugh: The saccharinity of death and dying 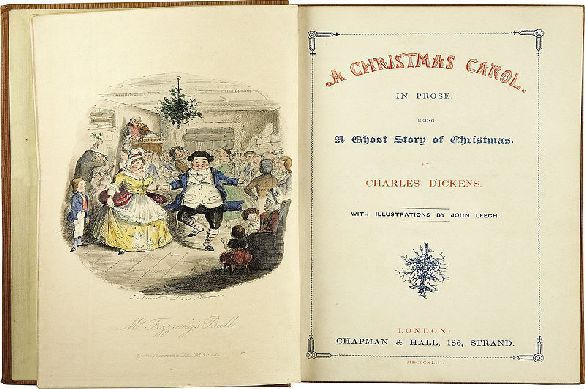 One of my favorite movies to watch during the Christmas holiday is the 1951 version of Dickens' A Christmas Carol starring Alastair Sim.

The one scene that has always stood out to me was when, following the death of the movie's principle character Ebenezer Scrooge, his laundress, charwoman, and undertaker are endeavoring to sell some of the belongings they stole from Scrooge to an unsavory character called Old Joe.

When one of these characters wonders about the ethics of selling Scrooge's belongings, the laundress replies, "If he wanted to keep them after he was dead, why wasn't he amiable in his lifetime?"

What struck me about this statement was how accurate it is:  Scrooge, prior to his rehabilitation by Jacob Marley and the three spirits, was indeed a callous, selfish, corrupt, venal, and miserly person, and to pretend otherwise after he died would indeed have been a great hypocrisy.

Yet, whenever a famous person dies or becomes terminally ill, the corporate-controlled media routinely engage in such hypocrisy, drowning the reality of a deceased person's life in saccharine statements that completely ignore the self-serving cruelty he/she often inflicted on others. And, like the proverbial lambs to the slaughter, people who swallow this saccharine are often more than eager to condemn, censor, and punish those who do not.

For example, a teacher was recently placed on leave for posting on his Twitter account that he was "glad" after hearing that conservative radio host Rush Limbaugh has advanced lung cancer.

The first thing I thought of after this teacher was penalized was a passage from John Chester Miller's book Alexander Hamilton and the Growth of the New Nation, discussing Hamilton's quandary between seeing either Aaron Burr or Thomas Jefferson become president of the United States.  Miller states that one of the reasons Hamilton ultimately backed Jefferson was that Jefferson had principles while Burr allegedly had none at all.

Although the historical verdict is still debated about whether Hamilton's assessment of Burr was accurate, the fact is that most people can respect a person they vehemently disagree with if it is clear this person's viewpoints are based upon principle.

Base greed and self-interest

Which is what makes people like Limbaugh, Donald Trump, Mitch McConnell, William Barr, and others of their ilk particularly disgusting, because they speak not from principle but from the basest greed and self-interest.  This compels them to lie without hesitation, without compunction, without the slightest concern for who they harm, and with absolutely zero desire to tell the truth.

Granted, there have always been charlatans and demagogues willing to lie to satiate their personal ambitions.  But the rise of the internet and the ubiquitous forms of instant communication now available give them a larger voice than ever.

For example, a little over a week ago reports surfaced about an internal memo, obtained by the Daily Beast, that showed how "guests and contributors" who often appear on Faux (Fox) News were routinely circulating "disinformation" to protect and defend Trump, particularly about his dealings with Ukraine that inspired the recent impeachment effort.

The ultimate tragedy is that such lies and disinformation are often used by well-meaning, but ill-informed, people as the foundation for the principles they subscribe to, meaning these selfish liars not only do a disservice to the events they are lying about, but also to the people who support and rely on them for information.

When looking at the comments Limbaugh has made over the years, one must wonder how many new racists, megalomaniacs, xenophobes and homophobes were created to infect and divide America while he raked in millions.  How vile is it that he adamantly opposed government programs designed to provide health care to the uninsured and underinsured (and how many could have died because of this), while, due to the wealth accumulated by his lies, he is guaranteed the best treatment money can buy?

Lindsey Graham, one of the most odious disgraces (I don't call him human, because humans have souls) to ever degrade the United States Senate, recently claimed that God won't punish him for acquitting Trump.

Therein resides the problem.  If mendacious, corrupt, malignant, repulsive monsters like Limbaugh, Trump, McConnell, Barr, and Graham are not concerned about a reckoning in the afterlife, and if they know that, regardless of their iniquitous deeds, they will be depicted magnanimously by the media when they die, then what is left as a deterrent?

And what incentive is there for anyone to live their lives with honor, integrity, and honesty when, in death, those virtues are also incessantly attributed to people who subscribed to none of them.

And hope that Lindsey Graham's smug dismissals of God's judgment are in err, because if Limbaugh, Trump, McConnell, Barr, and Graham can get into heaven, then nobody must be occupying hell.