Venezuela to Sue Trump Regime in ICJ: Does it Matter?

Venezuela to Sue Trump Regime in ICJ: Does it Matter? 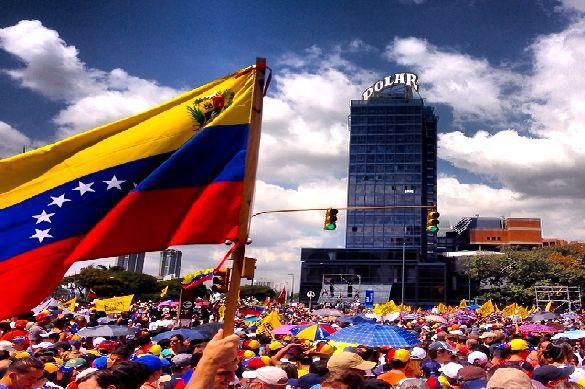 Is it possible for aggrieved nations to gain favorable international tribunal rulings against the US that force it to pay a price for its high crimes and other wrongdoing?

The International Court of Justice (ICJ) was established to settle disputes between nations, including complaints of international law breaches and/or other wrongdoing against one state by another.

The ICJ's rulings only matter if able to be enforced, clearly not the case when an aggrieved nation sues hegemon USA.

In Nicaragua v. United States (1986), the ICJ ruled against Washington for breaching international law and violating Nicaraguan sovereignty by supporting Contra death squads in the country, along with mining its waters and operating illegally in its airspace.

Washington rejected the ruling, refused to pay damages, falsely claiming the court had no "jurisdiction (or) competence" to render a judgment.

In July 2018, Iran sued the Trump regime in the ICJ for violating provisions of the 1955 Treaty of Amity, Economic Relations and Consular Rights between both countries.

At the time, Iranian President Hassan Rouhani said "US sanctions are inconsistent with resolutions and their previous commitments, and it is Iran's right to file a lawsuit against the United States in international judicial organs."

Sanctions by one nation against another breach the UN Charter. Article 41 empowers the Security Council alone to decide what actions may be used to enforce international law - including "complete or partial interruption of economic relations and...severance of diplomatic relations," other than use of military force.

When Article 41 steps don't work, Article 42 authorizes Security Council members to "take such action by air, sea, or land forces as may be necessary to maintain or restore international peace and security" - by use of "demonstrations, blockade," or military intervention.

The Security Council alone may take these actions, including imposition of sanctions on offender nations - not presidents, prime ministers, lawmakers, or judicial bodies of individual countries.

The US consistently and repeatedly ignores international, constitutional, and its own statute laws - operating solely by its own rules to serve its interests on the world stage.

US regimes weaponized sanctions to wage war by other means on sovereign independent nations unwilling to bend to their will.

Imposed for political, economic, financial, and/or military reasons, they include prohibitions on the import or export of designated commercial goods, products and services related to technology, arms and munitions, restrictions on loans and credit, asset freezes, travel bans, and for other purposes.

Their objective is all about imposing economic hardships and harming ordinary people in targeted nations - notably their purpose against Iran, Syria, North Korea, Russia, Cuba, Nicaragua and Venezuela.

In October 2018, the ICJ ruled unanimously for Iran against the Trump regime, calling its actions a breach of the 1955 US-Iran Treaty of Amity, Economic Relations, and Consular Rights.

The court ordered the removal of "impediments" to the import and export of medicines, medical devices, agricultural commodities, and various other products.

Ignoring the ICJ's ruling, the Trump regime increased pressure on Iran by imposing multiple new rounds of sanctions on the country and its officials, removing none, taking no actions to comply with what the court ordered.

Even though its ruling is binding, the US ignored it for Nicaragua and Iran.

"Let us immediately activate an international lawsuit before the (International) Court of Justice (to seek justice) against the government of the United States for the damage that the Conviasa (flag carrier airline) Company (incurred by) the aggression policy of sanctions of coercive measures," adding:

Trump regime designated puppet, self-declared president elected by no one, usurper in waiting "Guaido is the...person...who sought...sanctions" on Conviasa.

"I don't even name that man, but today we have to indicate the person directly responsible...who told his northern masters to sanction this company and increase the sanctions against Venezuela."

On January 23, 2019, as directed by his Trump regime handlers, Guaido unlawfully named himself acting Bolivarian Republic president, a constitutional breach.

It begs the question. Why hasn't he been arrested, detained, charged, and prosecuted for treason, sedition, and other offenses for his criminal actions from then to now?

On February 7, Trump's Department of the Treasury's Office of Foreign Assets Control (OFAC) sanctioned Conviasa and its 40 aircraft fleet - illegally targeting the airline for political purposes, aiming to block its use for international travel by government officials.

On the same day, the State Department "call(ed) on the international community to step up pressure on Maduro and further isolate him," separately saying last month:

"The United States continues to support a peaceful, democratic transition in Venezuela" - by crushing its economy, immiserating its people, and replacing its social democracy with pro-Western tyranny.

That's what hostile US actions against Venezuela are all about, along with wanting control gained control its huge oil resources, the world's largest.