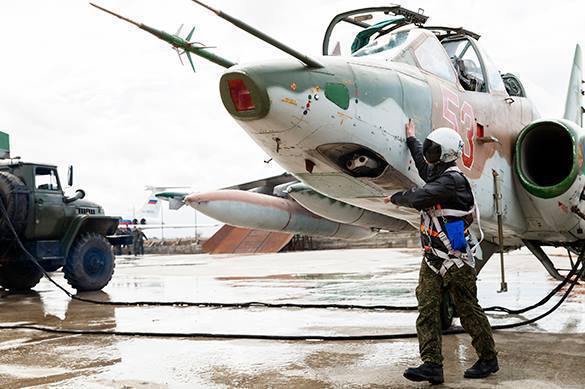 The elimination of Iranian general Soleimani by the US, which took place forty days ago, was an evident political murder, the too much evident  causus belli for a decisive conflict between Tehran and Washington. It is neither a novelty nor a mystery that the American elite seeks the capitulation of the Shiite Ayatollahs with lustful lust: not only to complete the redesign of the Middle East and open the way to Moscow and Beijing after having spread throw the Earth's heartland, but also for a substantial and unhealable difference between two opposing visions of life.

The secularism of the decadent American (but also Western) society [1], with its obsessive search for pleasure, with its cult of an absolute freedom and at all costs, with its idolatry for money so socially accepted and rooted, cannot be perceived as an alien and a irreducibly enemy by a society that claims to refer to the purest teachings of the prophet of Islam and elevates Karbala to timeless martyrdom for every true believer.

Iran, the center of ancient empires whose breaths span through centuries of history and whose splendors are still easily visible and perceivable today, has always shown the iron will to decide for itself its own politics and the other one, just as iron again, of not to suffer the diktats of foreign powers who make of deceit and lie the pillars of their diplomacy.

The Islamic Republic of Iran acted as a sovereign nation when it decided to respond to the assassination of the humble hero Soleimani with a barrage of missiles against American bases in Iraq, a country that is not part of the American federation but that Washington, in its continuous delirium of world omnipotence, continues to occupy, crush, exploit and debase in every possible way.

Unfortunately, the shooting down of the Ukrainian Boeing by the Iranian air defense was a mistake causing the death of the many innocent passengers on board.

Human error at time of crisis caused by US adventurism led to disaster." Iranian Foreign Minister Zarif wrote on his Twitter page.

"Our profound regrets, apologies and condolences to our people, to the families of all victims, and to other affected nations." then added [2].

Iranian flight 655 shot out of the sky by the USA

The behavior of the American government was very different when, on April 3, 1988, the destroyer Vincennes shot down the Iranian flight 655 by mistake, not far from Bandar Abbas and therefore still in Iranian territory [3]. It was only a few years later and with some effort that the Iranian nation obtained a semblance of justice and compensation by the International Court of Justice in The Hague. Still today, Iranian victims seem to be worth less, they seem to be second-class victims.

The death of the good general Soleimani is a watershed of which neither the background nor the consequences are perfectly known. Who is in charge in Washington? Because if it is true that Trump publicly rejoiced of the general's death, it is also true that the salvo of missiles fired for revenge by the Iranians caused more damage than what was initially declared by the Pentagon. Why didn't Washington hit back again? After all, Americans have always dropped missiles and bombs for much less. This time they stood still and there was no further escalation, no war as many feared.

Then there is the mistery of the airplane relay lost in Afghanistan and on board of which it seems there was the so much feared Michael D'Andrea, head of the CIA for the Middle East and acknowledged accountable for the death of General Soleimani. Did Ayatollah Mike really die in the crashed plane? Moreover, was the plane really shot down by the Taliban, as the Americans said, or was it something else instead?

These are questions that cannot be answered, but it is at least strange that an important character like D'Andrea died without apparently no one among his people cries for revenge.

Wild guess. Perhaps the death of Soleimani was not expected and those who organized it exceeded the limits of his broad discretion, with the intent to force Trump's hand and force him to an open war with Tehran. Two opposing sides, a precarious balance of forces in the American nomenklatura, perhaps a third inconvenient (Israel) that pursues only its own interests. The elimination of D'Andrea (if he is really dead ...) could then be an internal settlement in the US establishment, aimed at appeasing the Iranians and leading the conflict against them to a more manageable and traditional low-intensity war, just underway until the murder of General Soleimani. Americans may therefore have fallen victim of their own much-acclaimed "punch on the muzzle" approach. Once again, though: who's in charge in Washington?

What is for sure is that the death of General Soleimani has deprived the world, even this wicked West, of a generous hero, who in Syria and Iraq defended those Christians who the West, however, abandoned to their destiny, preys for the jihadists that Washington and the great Chancellors of "civil" Europe have used to fight their proxy war in Syria and Iraq.

Forty-one years after the Khomeinist revolution and, by the will of fate, forty days after the death of General Soleimani, Iran continues to claim its right to independence and national sovereignty.