UK - Brexit: A leap in the dark, a step over the White Cliffs

UK: A leap in the dark, a step over the White Cliffs 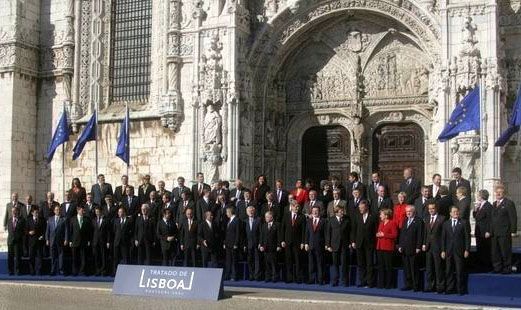 What will happen to the United Kingdom as it takes a monumental gamble, unaware of any of the enormous strategic issues which it faces as it leaves the EU?

The equation which constitutes the UK

Let us start with the precept that in the equation which constitutes the United Kingdom, as a nation (not as individuals), and England in particular, sheer unadulterated holier-than-thou arrogance is a constant factor. The concept of England über Alles, Britannia rules the waves, of supremacy, top-down superiority, the right to primacy inter pares bulge like horrific gargoyles from the buildings and squares of the country, glorifying wars and battles, glorifying murder, theft, vandalism and state terrorism which saw imperialist massacres destroy countless families around the globe.

The UK gassed the pets of the Chagos inhabitants

The UK is quick to lecture others on freedoms, democracy and human rights, but how many Britons know about the disgusting episodes in the country's history, such as for example the Chagos Islands, in the Indian Ocean, whose entire population the British deported and then gassed their pets? Yes, and then gassed their pets. Dogs were taken away from their owners by British cowards who then put them in a furnace and gassed them, repeating the scenes of a Nazi extermination camp.

Sir Bruce Greatbatch, KCVO, CMG, MBE, governor of the Seychelles, ordered all the dogs on Diego Garcia to be killed. More than 1000 pets were gassed with exhaust fumes. "They put the dogs in a furnace where the people worked", Lisette Talatte, in her 60s, told me, "and when their dogs were taken away in front of them our children screamed and cried". (John Pilger)

Then they gave the islands to the UK's bedmaster, the USA, which dictates London's foreign policy through NATO and forces the UK to pay a full 2 per cent of its GDP towards weapons systems to murder people. Sorry Mrs. Smith, no funding available for your son's cancer treatment.

When the critical mass gathers...

So much for freedoms, democracy and human rights. So when something like that is diluted among civilized nations with sensible and pleasant, balanced human beings, this tendency towards sheer and utter evil is watered down. Conversely, when a critical mass is formed, people get thrown out of their own homes thousands of miles away, pets get gassed or burnt alive, terrorist groups who play football with the heads of the little girls they have decapitated before and after raping them in front of their mothers get supported to conduct foreign policy. So now let us see what happens. Who will the UK invade next?

So now back to the point, what will happen to the UK after Brexit tonight? As I have been saying for a few years now, I predict that there will be an economic and social catastrophe. Why?

In general terms, economically, the UK is heading for catastrophe because the world today is constituted by large trading blocks doing business among themselves, benefiting from synergies. What the UK is doing, is going against the economic grain in current practice. The consequences of this will be either that the UK substitutes its current trading flows with other partners outside the EU, which will incur massive and extra transportation costs, or else it continues to do half its trade with the EU, in which case there is an extra cost involved in doing trade with the block. You have to pay for access to the club whereas until today the UK paid membership fees and benefited from being part of the decision-making process. Now the access fee is higher than the membership fee, and the UK loses its voice. And any aid provided for floods in Yorkshire, for instance. But who cares about anything north of Tring in Westminster?

Taking our nation back, making our own laws

Talk about Britain making its own laws finally is ridiculous - the UK has been part of the EU law-making process, making the laws the UK has been following for the last half-century. So this idiotic notion that the UK is going to make its own laws fools only an idiot. What about the UK's foreign policy, mastered by Washington through NATO?

Scotland hauled out of Europe by its English bedmaster

In specific terms, the EU has no onus to make the divorce an easy process and basically, the UK will have to like what the EU throws it, or lump it. 450 million voices speak louder than 60 million. As regards Scotland, perhaps the way forward is to analyze the Act of Union in 1707 and find a get-out clause based on national importance, then that would provide the legal basis for remaining in the EU and leaving the Union with England.

The reality on the high street

What will happen to the (wo)man in the street? They will find that the added cost of doing business with the EU means higher costs for imports and less attractive exports. This will mean inevitable price rises in shops, and fewer sales. This will mean less income from exports, which in turn will mean less money available through  taxation to pay for public services. It will also mean that SMEs will feel the squeeze and go under because many or most already exist on tight margins, and extra expenditure will push them under. Since the SMEs are the backbone of the British economy, this means that the entire economic structure of the nation will be spineless. This will result in massive unemployment, meaning fewer funds for the common kitty and more public expenditure in social benefit payments. Add into this equation the falling value of the pound, given the economic uncertainty unraveling as the Brexit disaster becomes apparent.

After just a few months, entire regions of the UK will be left in poverty as the population wakes up from the hangover of its utter stupidity in voting to leave the EU. The consequences have been explained here and elsewhere time and time again, yet interviewees on the TV today were unable, mostly, to iterate an opinion or explain why they voted to leave.

With the fall in funds available for emergency services, policing will be more of a challenge, the effects of endemic unemployment on families and regions will be accompanied by a rise in crime and marginalization, which will have drastic social effects. The British Universities do not cater for the needs of the work market, and the UK will soon find out that it needs the European Union citizens to maintain standards.

Accompanying this will be the realization among the 50 per cent of Britons who did not vote for Brexit that they already have the right of European Citizenship which is separate from nationality status. Read this article:

Basically the content of this piece which I wrote last year renders Brexit pointless and useless.

So in short, the UK has decided to cast itself out of the party, fighting alone against winds and tides without the necessary equipment, dreaming in a pie-in-the-sky type of Quixotesque nirvana that it will somehow pull off the impossible. Get real. You guys just shot yourselves in the foot. Nobody is queueing up to do business. You closed the door, now you will have to pay for the key to open it, and this will not be on your terms.

So Boris Johnson, the Pied Piper, leads his lemmings off the White Cliffs of Dover. The entire Brexit party is one based on sheer arrogance. So ladies and gentlemen, pull up your chairs, switch on the TV and watch the BrexShit fly. Finally we all see the UK for what it is: a nation of arrogant, ignorant, stupid wannabe imperialists who have the mania they are better than everyone else and different. Different, yes. Thank God nobody else shares their values.

And yes, they gassed the pets.

Author`s name Timothy Bancroft-Hinchey
18:30
Onet: Ukraine will lose in six months due to shell shortage
17:36
Russian troops defeat Ukrainian troops in Zaporizhzhia region
14:50
Number of foreign mercenaries in Ukraine continues growing
14:17
Russians buy more than 50 tons of gold in 2022
13:57
Russia will not talk to Ukraine. Russia will talk to the West
13:34
USA's plan to give 20 percent of Ukraine for peace hoax
12:51
Medvedev: Ukraine as a state to be devastated, go bankrupt and be turned into colony
18:34
Biden changing strategy on Ukraine to reach diplomatic solution with Russia
13:35
USA's next step is to suppress European economies
12:28
Moscow wants to push Ukrainian troops away from Russian territories
Ukrainian forces suffer heavy losses while trying to cut across Dnieper

Who are the Ukrainians in your Neighborhood?
17:36
Russian troops defeat Ukrainian troops in Zaporizhzhia region
14:50
Number of foreign mercenaries in Ukraine continues growing
14:17
Russians buy more than 50 tons of gold in 2022
13:57
Russia will not talk to Ukraine. Russia will talk to the West
13:34
USA's plan to give 20 percent of Ukraine for peace hoax
12:51
Medvedev: Ukraine as a state to be devastated, go bankrupt and be turned into colony
20:05
Who are the Ukrainians in your Neighborhood?
19:57
Russia will use all of its military potential to counter Western arms supplies to Kyiv
19:18
German tanks with crosses on them disturb Russian genetic memory like nothing else on earth
18:34
Biden changing strategy on Ukraine to reach diplomatic solution with Russia
РусскийDeutschFrançaisPortuguese