Iran will not easily forget the dawn of January 8, 2020. Maybe it never will. Revenge for General Qassem Soleimani was not washed by the blood of American soldiers in the Middle East, but by that of the passengers and crew members of the flight Ukraine International Airlines 752, which left Tehran-Imam Khomeini international airport and shot down by a missile just minutes from takeoff. 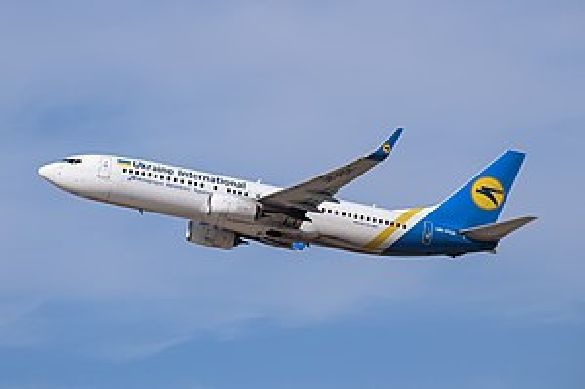 A disaster that immediately appeared something different from a tragic fatality. The timing of the incident, precisely on the night when Iran launched its operation against two US bases, foreshadowed something different. And so it was. After the first news on the fall of the Ukrainian flight and the first accusations made by western intelligence, Iran has admitted it: that Boeing 737 departed from Tehran had actually been shot down by the anti-aircraft defence. A tragic mistake due to the exchange of the civilian plane that left Imam Khomeini airport for an enemy military plane or missile.

The admission of guilt by the Iranian government - which came with the condolences of Hassan Rouhani and Mohamed Zarif and with the dramatic confession of the commander of the Pasdaran aerospace forces, General Amir Ali Hajizadeh - did not however silence any questions. Something, on that endless night in Tehran, remains unclear.

The missile that hit Boeing

According to reports in the press - and never denied by Tehran - two Russian-made 9K330 missiles of the Tor-M1 mobile air defense system were to shoot down the Ukrainian Boeing. As can also be seen from the video [1], two missile trails can be distinguished at 21 seconds from each other: a time factor to which we will then return.

Iran purchased 29 specimens of Tor-M1 (Sa-15 "Gauntlet" in NATO code) in 2006. The system is used for short / medium range air defense having the ability to engage radar targets up to a distance of 25/30 kilometers and to hit them at a maximum distance of 12, with a range of engagement from ten to 6 thousand meters.

The 9K330 missile, which is used by the Tor-M1, is radar-guided with a proximity spool. This means that it heads towards the target thanks to the radar and that its warhead does not explode on contact but at a predetermined distance. When launched, it rises vertically up to an altitude of about 20 meters, and then leans, thanks to the jets, and heads towards the target. Its safety distance, i.e. the minimum distance beyond which the missile is active, is 1500 meters.

Times and distances: there' something wrong

Everything suggests that the Iranian version is correct. However, according to the missile data, in the video (so far one of the rare "direct" sources to explain the mystery) there is something that does not coincide perfectly. And it is appropriate to analyze it to understand if a second theory actually exists in addition to the tragic decision of an Iranian soldier.

Both missiles are not seen starting vertically first - but this could only be a perspective factor - but above all the sequence shows the first missile hitting the aircraft, followed only 21 seconds later by the second: the fatal one.

A particular dynamic to which is added another node that can be decisive. Assuming that the missiles were actually fired from the military base near the airport, the second missile would have hit the aircraft at a distance that is less than the minimum safe distance for the activation of the warhead of the missile with which it is armed the Tor.

All sources [2] agree that the 737 was flying at a height of around 2400 meters above sea level, which is more than enough distance for the missile to "arm itself". However, the height from land must be subtracted from this altitude. And Tehran is located about a thousand meters above sea level. So the actual altitude of Ukrainian Airlines Boeing from the ground was around 1300 meters. If the first missile hits the aircraft at a distance between 2700 and 3300 meters from the presumed launch point, therefore beyond the safety threshold, the second - which arrives 21 seconds later - appears to be below this threshold as highlighted from the reconstruction of the route held by Boeing.

The same interval of time elapsed between the first launch and the second is long for the tactics used in the use of the Tor system: after the first missile the other is usually launched a few seconds later to perform a deadly 1-2 on the target. 21 seconds is too long.

A manpad? Everything would change

At this point, we can reflect on a second option. Premising that these are hypotheses based on the analysis of sources accessible to all. Black boxes and real data are being investigated by investigators.

Iran has a number of portable surface-to-air devices, the so-called manpad, capable of being operated by one man, who have flight profiles and safety devices that best adapt to what is seen in the video. In particular, Iran has an unknown number of Strela M-2, Strela 3, Igla-S, Misagh-1 and 2 and apparently also some Stinger left over from the supplies obtained illegally from the United States (affair Iran-Contra) during the Iran-Iraq war of the 1980s.

The famous 21 seconds spent between one missile and another are more than enough to make a second launch of a manpad from the same device or from a second once, on sight, you realized that the plane was still in conditions of flying. Moreover, this theory would be better suited to explaining how it was possible that the operators of the Tor-M1 system, which is inserted in the Iranian anti-aircraft "defensive belt", could have exchanged a civilian aircraft, equipped with a regular transponder, for a military target.

Of course it is difficult, with the means available, to find the truth. And maybe it will be impossible. However, what is certain is that something happened that night in Tehran. Because what started with the murder of Soleimani is a movement of accusations, counter-accusations, threats and appointments which suggests that something is changing in the upper echelons of the Islamic Republic and the Guardians of the Revolution.

The political earthquake that arose with the killing of Soleimani, continued with the desire for revenge and ended (for now) with the sermon of Ali Khamenei in the Friday prayer (first time after eight years) indicates that something is changing in the system of the Islamic Republic . Even the images of Rouhani abandoning the prayer behind Khamenei [3] before the end of the services, with the amazed gaze of the president of parliament, Ali Larijani, could be the signal of the fracture. The Supreme Guide sermon is never just any sermon: and the words used by the Ayatollah have been fiery towards the world.

A fracture that clearly grafted onto the doubts of a plane crash that appears to be increasingly full of mysteries.

If was not a Tor system but a manpad - thus trying to contradict the universally accepted theory - then someone has taken up that weapon and fired. Who and on whose behalf it is impossible to understand but would certainly surround the sort of mini-revolution that the establishment of the Republic is witnessing. But about the why this flight was chosen, there are many hypotheses and none certainties.

What is sure is that the plane was not supposed to leave on a night of missile raids, as commandant Hajizadeh had ordered. But that order remained unheeded at Tehran airport: so much so that the Boeing, received the ok from the control tower, got up regularly in flight without receiving any contraindications.

Another mystery is that the Revolutionary Guard, which has a base right near Khomeini airport, may have made a mistake so clumsy that it swapped an airliner taking off from an airport a few kilometers away with an enemy aircraft. The radars of a system such as the Iranian anti-aircraft could not make such an error and a soldier is not alone in activating the missiles: there is a battery. The third mystery, which can only be touched upon, is to understand if behind the destruction of an airplane there is not only an internal struggle but also the will to hit precisely that airplane.

Mysteries that are likely to remain so. But if it wasn't a Tor error, the idea is that someone wanted to shake the system. To understand whether from inside or outside.

For now, with the investigations still ongoing and giving the "official" version for sure, at least one result seems clear, namely the weakening of some key figures in Iranian politics, Rouhani and Zarif in the first place. Those who are negotiating the new nuclear program deal in secret rooms.