2020: The need for acculturation

2020: The need for acculturation 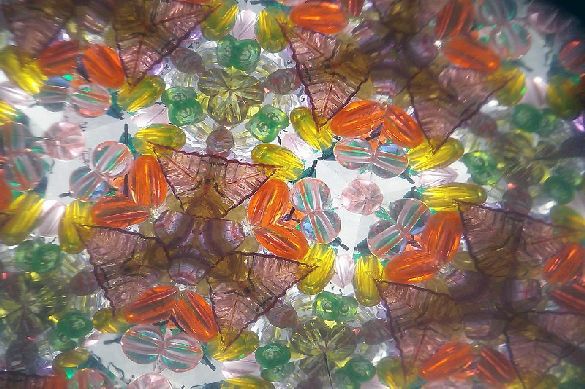 By week two of 2020 we are facing each other down the barrel of a gun, indigenous peoples are being cleansed, tensions have seen a passenger airliner downed.

By week two of the year 2020, we are already glaring at each other down the barrel of a gun, indigenous peoples are being ethnically cleansed in Latin America without a word being said abroad in a silent media, of course, and heightened tensions between (who else?) the USA and its latest victim have seen a passsenger airliner downed. A billion animals have been exterminated by a fire in Australia, extreme weather events are threatening to create more havoc, a huge glacier in the Arctic is about to shear off and splash into the Ocean, causing nobody knows what...roll on 2021!

Taking a look at the world around us today reminds me of the 1893 painting by Edvard Munch, The Scream, the sky being painted red (apparently in remembrance of the 1883 volcanic explosion of Krakatoa).

Extreme weather events are becoming more and more frequent, the rainforest is being cut down at alarming rates in South America, in Africa and in South-East Asia, destroying habitats, decimating animal and plant life , sending whole species into extinction even before they are discovered, so that someone can create a cattle ranch, sell the wood or set up a palm oil production facility. Australia has seen one billion animals exterminated by horrific forest fires, the climate statistics show an exponential spike in temperatures which have risen more in two decades than in several thousands of years.

Internationally, countries are still at each others' throats, with the USA already starting the year having a temper tantrum with Iran and murdering a group of people because they wanted to target a general; international terrorism, the scourge of and insult to, Islam, continues to smoulder in the background with flashes of violence perpetrated by mentally challenged youths on the margins of society, delinquents who have swapped the 2-minute raid of the supermarket cash register for a three-second blast of glory, murdering innocent bystanders before they discover that they in fact do not go to Paradise because Mohammed preached peace, and before they discover that those grooming them were full of bull. Like, why didn't they do it themselves?

Rewind a few hundred years and sculptors would be displaying their knowledge carving the scenes of the life of Christ on the tops and bottoms of stone columns, not only from the four Gospels we know but from the many others we have never heard of and did not know existed, books with the same stories but differing in detail, some even bringing Alexander the Great back as a player in the cloisters alongside Jesus, being ferried up to Paradise by griffon vultures. Those who walked through the cloisters would know these stories, details and sources and would appreciate them. They would appreciate the way the fugure was turned towards or half-towards the observer, they would appreciate thye purposefully sculpted pleats in the cloaks, the pointing with one finger or two, the looks on the faces, the size of the eyes, who was present in the composition and where they were and would understand the reason for these different details and the interpretation of them.

A few centuries later, paintings laden with symbolism were presented to a public which would spend literally hours poring over them and discussing them, discussing why the central figure was looking at the sky, what was in the sky, they would follow the line of where his or her indicator was pointing, at an apple, with a female figure beside it, and so on. The details were read like dozens of volumes of books. Classical composers were creating masterpieces of music which were enjoyed by the public in general, concert halls brimming with enthusiasts.

Fast forward to 2020, where at best a few boy bands or girl bands attempt moments of harmony in a musical world devoid of melody in which a delivery of nonsensical or offensive lyrics shouted but not sung by a someone who looks like a drug addict, is filthy, drunk or drugged or both, with a pained expression on his or her face.

But this goes in cycles. A few centuries before the sculptors were showing off their skills and knowledge on the capitals of cloisters, namely a few centuries after Christ, the quality of the mosaics of the floors of Roman villae was already deteriorating and was far worse in the second century after Christ than the work performed in the second century before Christ.

Back then, there was an excuse because without the digitalization of knowledge and its global access and impact, knowledge was at the mercy of its master's/mistress' lifespan and his/her disciples if they knew how to retain it. These days with the internet, knowledge has an exponential capacity for storage and dissemination. It seems we do not know how to use it and to improve, we are slipping backwards again.

In ancient times, they found ways. Knowledge would be transmitted through songs, passed from generation to generation, or through sagas which might change gradually as details were added or left out. I experienced a good example of this first-hand when I took in for the night an elderly lady whose house had been destroyed (the building had collapsed) and I found her in the street in the pouring rain with her belongings. So, bathed and fed, she obviously felt the need to entertain me and she asked if I would like to hear one of her poems. I asked her where the paper was, and she said that she could not read or write, the poem was invented by her and in her memory.

I remember today, 30 years later, it was "Mankind has reached the Moon, they say". It would have occupied six pages or more, was in perfect rhythm and rhyme, with the rhyme changing from line one with line two, line three rhyming with line four, then in the next verse, one with three, two with four. It was pacy, it was interesting, it was funny, and examined the first lunar landing in 1969 from all angles ending with the sentence "after these first few flights of fantasy, we will never reach there again".

And that was the first of maybe seven poems she recited that night.

Can anyone today do that?

So food for thought once more. Instead of nurturing the planet and respecting its inhabitants, the ones who live in tandem with nature, which we cannot, we are destroying the accommodation and murdering those who respect it - animals, who appear to be far more intelligent than we are, and indigenous peoples, who know how to live with nature. They are being slaughtered in Brazil and in Bolivia while we sit here reading this piece. They target kids first so that they will not grow up. Habitats are being dessecrated across the globe for palm oil, for timber, for beef and all the time the imbalance increases. Where is the shared knowledge, where is the means to pool resources, spend a fraction of what is spent on weapons systems to murder people and set things sustainably right, together?

Or did God really create this Tower of Babel and sit back laughing his head off?