US Regional Presence Makes ME Peace and Stability Unattainable

US Regional Presence Makes ME Peace and Stability Unattainable 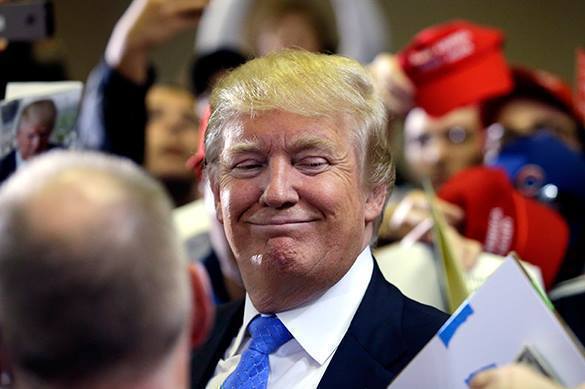 As long as tens of thousands of US combat troops, heavy weapons, and its jihadist proxies remain active in Middle East (ME) countries, a perpetual state of war will exist -  peace, stability and security to be unattainable.

That's the reality of where things stand in the region, why Iran, its allies, and the Arab street's main geopolitical goal is freeing the Middle East from the hostile US presence.

That's what Iranian President Hassan Rouhani meant by the Islamic Republic's "ultimate revenge," calling for it to be delivered by "the nations of the region."

"The Islamic Republic had to show a military reaction to the US government's measure and it did, but this is not the end game."

"The end will be the withdrawal of the US which does not need military action, and it is the result of the Americans' move and the result of support they showed in this arrogant and stupid move," adding:

"The Islamic Republic of Iran has declared that if the US makes a mistake, it will definitely be given a response."

So far a "slap in the face alone," it displayed Iran's military capability to penetrate US air defenses at a key regional base, striking targets with pinpoint accuracy.

An IRGC statement said that despite the Americans being on high alert, Iranian missiles penetrated Pentagon air defenses, no missiles intercepted and destroyed - no claim otherwise by Trump or the US military.

The purpose of Iran's retaliation was at least twofold - striking the US in response to General Soleimani's assassination, a Trump region act of war, along with displaying IRGC military capability to hit US targets with pinpoint accuracy, likely anywhere in the region.

According to one analyst, it appears Iran intended to damage or destroy structures on US bases targeted to weaken their military capability, while trying to avoid or minimize deaths and injuries.

In his Wednesday morning remarks, Trump said nothing about striking back militarily in response to Iran's missile attack on US bases in Iraq - sticking to his usual anti-Islamic Republic rhetoric, indicating more (unlawful) sanctions to come.

There's almost nothing left to impose them on besides Iranian officials, symbolic alone when targeting them.

Iran is likely more powerful militarily than any nation the US (preemptively) attacked in the post-WW II era.

It's able to hit back hard against the US and its regional allies if attacked, what US intelligence and Pentagon officials likely explained to Trump, getting him to back off from greater Middle East war.

Already bogged down in three unwinnable quagmires (in Afghanistan, Syria and Yemen), it's hard imagining that Pentagon commanders want a 4th one against a nation able to inflict considerable damage to US regional facilities and large numbers of casualties to US troops.

Harry Truman and Lyndon Johnson withdrew from consideration for second terms because of the unpopular wars they waged in northeast and southeast Asia respectively.

Trump continues war on Iran by other means with no letup - short of turning it hot following Soleimani's assassination, an act of war with no hot war follow-through so far.

The threat of US war on Iran by accident or design remains - even though Trump stepped back from the brink Wednesday.

With hardliners Netanyahu, Pompeo, and others likely pushing for added toughness on Iran, anything ahead is possible.

Trump's top priority is getting reelected. Most likely, he'll avoid doing whatever hurts his chances - but as he says time and again:

Given US rage for dominating other nations, anything ahead is possible.