The death of General Qassem Soleimani at the American hand was a cowardly political murder for the sole purpose of blowing up the table and plunging the Middle East into a chaos from which only the United States and their few regional allies, Israel in the first place, can emerge winners. Although from a strictly military point of view such a thing always happened, it is good to remember that over the centuries other perspectives have also been seen and that there have been brave men who in war refused to follow some paths because thought as dishonorable. 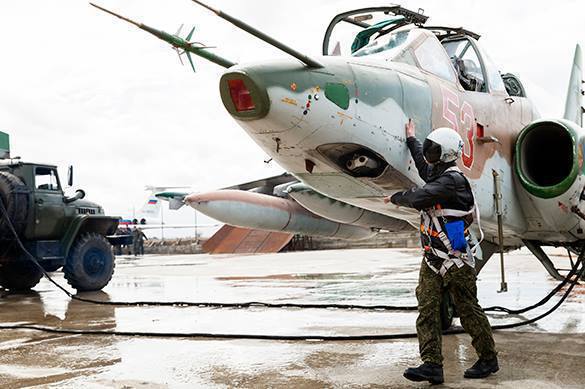 President Trump, in whom I had placed high hopes for a pacification of the ongoing conflicts, tweets his satisfaction for Soleimani's death and promises further terrible military actions if Iran tries to fulfill its revenge purposes. The Donald threatens also to hit places of great historical and cultural value for the Iranian nation. In this by differentiating himself from the Nazis who saved works of art while stealing them from invaded countries and making himself equal to ISIS (of which the Americans were creators and defenders) which worked hard to destroy Palmyra, fortunately blocked in time by Russians and Iranians.

Russia and China do not speak much. Perhaps they have given themselves to an underground diplomacy that they hope is more effective, but who really rules in Washington? In any case, they would do well to remember that it will be up to them after Iran. The redesign of the Middle East pursued by the Americans serves both to carry out in style the Brzezinski doctrine for the partition of Russia and the preventive confinement of China.

If the situation worsens, Internet connections with Iran may be cut off. I therefore rushed to ask ParsToday's Davood Abbasi a few questions, the answers to which I thankfully report here.

1) Can you briefly remind us who was Qassem Soleimani?

A) A boy from a peasant family in Kerman, an area of ​​eastern Iran, who in the space between 1980 and 1988 had gone to the front to defend his country. Initially he worked in the supply section of the front but showing his talents ended the war as commander of the army of the city of Kerman. He became commander of the Quds forces of the Pasdaran, that is the division that carries out operations across borders, he was in charge of operations against ISIS. The defeat of Isis is his greatest work. Surely, he is the person to whom we owe mostly the end of ISIS. I believe the news of his death cheered terrorists from the Middle East region more than anyone else. Recall that by defeating ISIS in Syria and Iraq, he probably also saved the lives of thousands of Europeans and Americans. Unfortunately, he was not rewarded by the West for the services he had given to Western populations as well. He died as a martyr, like the descendants of Muhammad he was inspired by, like Ali and Hussein. Among other things, he died not far from where these Shiite Imams died, that is, in Iraq. He went there to examine the ways with Iraqis to face the challenges posed by the latest pockets of resistance of ISIS.

2) Is it true that the US command in Iraq had been warned of the arrival of the general because Soleimani was on a diplomatic mission?

A) It is true that he made the flight completely in the sunlight because he arrived in Iraq as the official authority of the Iranian government. It could have also reached Italy, for example, if Italy had asked for Iran's cooperation or help in anti-terrorism matters. Killing him, contrary to what the Americans claimed, did not need complicated intelligence information or great organizational skills. It is a cowardly and dastard action.

3) What do you answer to those in the West say that General Soleimani also died due to a settings of score within Iranian politics?

4) The situation that has arisen recalls with anguish the accident in Sarajevo, which led to the First World War. How much do we have to fear the future?

A) Iran will respond; it will definitely do it; but it will do so as it is worthy of its millenary culture. True, Americans are much stronger, but I think it is clear that Iranians are much smarter. The answer will be divided into two areas.

a) Strategic: this answer will be the most important. Trump does not know that he served on a silver plate to Iran the just cause for throwing Americans out of the whole Middle East. Iraq will throw the Americans out of its territory, by any means necessary. Losing Iraq once and for all will be the heaviest pledge the US will pay for the assassination of Soleimani and Abu Mahdi Al Muhandis.

b) Military: this answer will come but not immediately. It is difficult to understand how and when. If, as I think, the strategic part goes well, the Iranians will probably postpone the action to a remote time and could limit it in size.

So far Abbasi. However, I also want to bring back the thought of Senator Richard Black who, from the beginning of the Syrian carnager, was the only American politician to vigorously distance himself from official American politics and to admit its disastrous drift. In a statement on January 3, Senator Black says:

"The death of General Soleimani is a great tragedy. We have killed one of the two generals most responsible for defeating ISIS and al Qaeda.

We are not genuinely fighting a war on terror. I fear that in a sense, we are becoming the terror.

His killing, coupled with rapidly growing troop movements, may presage a new war of aggression -this time, against the Iranian people. I pray that we draw back from the vast war that looms.

We've now begun the 30'h year of war against Iraq. We've dropped a quarter million bombs on the country and its people. We've spent a trillion dollars there, yet never bothered to effectively rebuild the electrical grid we destroyed in the "shock and awe" bombings a generation ago. Has the war ever concerned democracy? I think not.

General Wesley Clark, former Supreme Allied Commander, Europe, told us how the Secretary of Defense, in 2002, ordered the preparation of plans to overthrow seven nations in fave years. Iran was the final target. The schedule changed, but our objective did not. Neither our soldiers nor our people have a voice to stop it."

It is a statement which tasted desperate, of a man who fought for his country in a foreign land, Vietnam, and whose value, loyalty, patriotism cannot be questioned.

Many experts of these days forget, or ignore for convenience, that General Soleimani was a high-ranking officer of a legitimate army, not a rioter in bad shape and badly dressed. According to some sources, he was in Iraq to negotiate a new season with Saudi Arabia. How will Iranian negotiators, but also Russian and Chinese negotiators, now trust an American invitation?

Iran, a cohesive country of three thousand years old, does not have many choices. Soleimani's elimination, a figure already mythical and now handed over to the nobility of the Shiite martyrdom, occurs shortly after the failure of another Maidan in an Iranian key: insurrection suppressed, insurgents stopped, foreign espionage network compromised. This means that even if Iran does not respond to this provocation, the Americans would do another in a few weeks, in a crescendo impossible to accept.

The next few days are crucial: if Tehran falls, then it will be up to Moscow and Beijing.