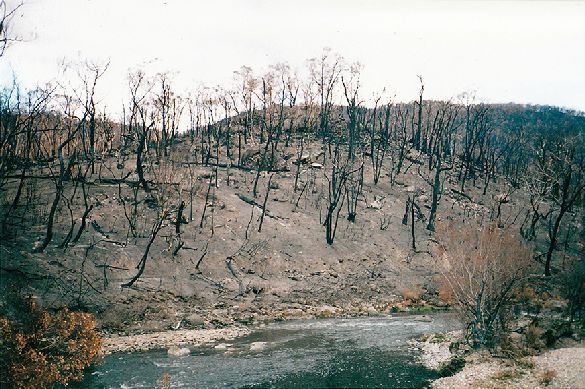 January 1 started off well, with a threat from the President of the USA against Iran because the US Embassy is experiencing hostility in... Iraq.

Is it just me or is everyone else also getting tired of bellicose gestures, threats, invasions, arrogance, sabre rattling, hatred, venom and a generalised unpleasantness around the world, centered without fail on the USA and its officials and allies? Perhaps if the USA had not interfered in Iraq in the first place back in 2003, the Middle East would be far more stable, ISIS would not have appeared and Iraq, Syria and the entire region would be more balanced? Nuns would not have been decapitated and raped, not necessarily in that order but also, by western-backed terrorists, Syrian families would not have been destroyed.

01/03: First US terrorist strike of the year

Now already on January 3, the USA has launched a terrorist strike at Baghdad International airport murdering General Qasem Suleimani, head of the elite Quds force of the Iranian Revolutionary Guard and according to early reports, at least five others, in retaliation for what Washington says were plans to attack US forces in the area and for the deaths of what Washington claims are "hundreds" of US casualties. The reply: What were they doing there?  The question: How can such a terrorist strike be justified when identical strikes by other forces are classified as terrorist acts? The second question: How to justify a mass murder like this when the target was General Sumeimani? The third question: Was it not General Suleimani who was one of the leading figures eliminating ISIS? The President of the United States of America is just that, the President of the USA, and his jurisdiction begins and ends on the USA's frontiers. We can therefore conclude that either Donald Trump is a bullshitter and his claims to keep US forces at home are bullshit, or else it is not him pulling the strings.

Speaking of the USA, let us take a look and see what its chief yapping chihuahua is going to do this year. Why, at a time when everybody else is coming together in large trading blocks, the United Kingdom is set to go it alone and leave the EU, along with Gibraltar, which voted to remain in the EU, dragging Scotland and Northern Ireland out of the EU when they voted to remain inside, when more people voted for non-Leave parties in the December election than for the Conservative Party of Boris Johnson and his clique of Brexiteers and the Brexit Party combined.

It is obvious that things will not run well for the UK because economic trends rule the way things work, not governments or pie-in-the-sky cloud cuckoo land ideas about pink fairies, unicorns and the UK doing its own trade deals when everyone else is queueing up to do deals with the EU of 450 million people against the UK's 66 million. Watch this space in one year's time and I predict massive unemployment, loss of income, less money available for public services, a decrease in the value of the Pound and a slow slide towards a second-rate, peripherical nobody on the edge of Europe, on the fringe of its deals without any say whatsoever in what happens, back to the middle of nowhere, an island of sheep, shepherds, underqualified imperialist dreamers. Europe has already paved the way for them to come crawling back in five years' time, if indeed anyone will have them back.

Until then, pull up your chairs and get ready for a few years of Boris Johnson's Flying Circus, starting on January 3 when the chief advisor to Number Ten, one Dominic Cummings, de facto the unelected Prime Minister of the UK, called for "wierdos and misfits" to apply for government posts. What, more of them?

The complete lack of direction and agreement on serious policy issues are the two reasons why this immensely and critically important issue refuses to get off the ground because until all nations agree on a direction and implementation of policy, especially the main polluters, such as who else? the USA of course, the task remains at square one, or in this case, zero.

If politicians for once listened to experts, and if these experts spoke their minds and not what they are taught to say, perhaps we would be nearer to success but the fact is that when you talk to experts, they themselves do not agree on fundamental issues, such as the quantity of carbon emissions regarded as a required starting point or the accepted level of increased temperature above which climate change would spiral out of control.

Some say the 2 degrees Celsius temperature rise is far too high, others claim 1.5C is better, others that anything above 1C is too much, others that any of these figures are a shot in the dark and they are merely a political figure to start discussions.

Oceans have risen and fallen over the years - the first inhabitants of the UK walked across, not from Calais but from what is now The Netherlands, and sea shell fossils can be found over a hundred kilometres inland around Europe's coastline. The Milankovic cycles theory (ocean currents and winds affecting climate being directly related to the cyclical changes in the Earth's tilt) is borne out by registers of temperature rise and fall over 400,000 years which appear to fit perfectly into the Serbian mathematician's cycles. This all works very well with those who claim that climate change is cyclical and so, no worries, be happy. However, and here it comes - there is an exponential spike starting at the Industrial Revolution and steepening as time goes on, especially in the last decade. What is alarming is not the cycles of change but the rate of change, in which flows which took place over tens of thousands of years are now happening in a decade. So it is worrying.

Extreme weather events bear out the theory that rising temperatures caused by Greenhouse Effect Gas (GEG) emissions have been rife in the recent years, currently so evident in Australia's horrific forest and bush fires which to date have wiped out half a billion animals, exterminating entire species, quite apart from the human cost in life, injuries and lost possessions. Let us spare a thought for the tremendous heroism of the Australian firefighters, professionals and volunteers, risking life and limb to save humans, their possessions and animals. A forest fire is a terrifying and overwhelming event to behold, as those of us who have been involved in one first-hand will understand.

Once again, money speaks louder than words. It is not the effect on forests and animals and families which dictates policy, it is the bottom line of the accounts. We recall what happened to the Roman billionaire Marcus Licinius Crassus whose dream of conquering Parthia ended at the battle of Carrhae in 53 BC with the defeat of his legions and his own capture, his greed being paid for by pouring liquid gold down his throat, according to the gossip of the time. The human loss was the destruction of seven legions (42,000 infantry, of which 20,000 died and 10,000 were taken prisoner) and the sight of the head of his own son, Publius Crassus, on a spear.

Sometimes people in power only realize the horrors of their policies when it is too late.

On a lighter note, this is the first time the UEFA Soccer Championship is held in cities, not countries, once again while Europe comes together, the UK drifts apart but the final will be at Wembley Stadium on July 12, bringing to an end a month of soccer. Copa America takes place at the same time in Argentina and Colombia. This is followed up in Japan between July 21 and August 9 with the Summer Olympic Games in Tokyo. This will be a hollow event not worth following because once again the main challenger for medals, the Russian Federation, has been the victim of another blanket ban whether or not athletes were guilty of doping or not, and as if western athletes have never been involved in identical scandals. Politics and sport? No thanks. I have crossed the Olympic off my Summer watch list and frankly I could not care less what happens there. Not interested.

Take a look at the world around us. It is a world of symbolic power and control mechanisms, dominated by flags and frontiers and passports, dictating a person's lot before (s)he is born. Is everyone equal as a fundamental birthright? Does every child have the same opportunities? And NATO countries continue to spend one point two trillion dollars each and every year on weapons systems to murder people and the world spends tens of millions of dollars on firework displays each and every year, pointless reiterations of prehistoric rituals to scare away the Devil when it is dark.