The Battle to Liberate Syria's Idlib Province from US Supported Terrorists

The Battle to Liberate Syria's Idlib Province from US Supported Terrorists 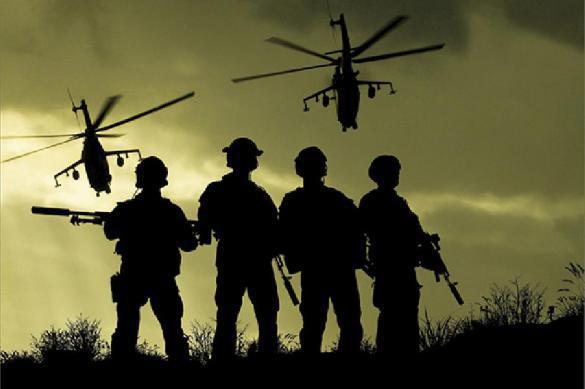 Infested with US-supported jihadists, the Erdogan regime lets them move back and forth cross-border between both countries while pretending to oppose them - supplying them with heavy and other weapons, along with the US, NATO and Israel.

Idlib is the last terrorist stronghold in Syria, its liberation essential to free the country and its people from their menace.

A year ago, Putin and Erdogan agreed on establishing a 15 - 20 km-wide demilitarized zone in Idlib along the Turkish border.

An agreed on ceasefire failed straightaway because of Turkey's aggression in Syria and support for jihadists Erdogan pledged to oppose - despite joint Russian/Turkish patrols along border areas between both countries.

Despite pledging to withdraw US forces from Syria, Trump reneged, his word never his bond, why he and other top US officials can never be trusted.

Thousands of Pentagon troops, paramilitaries, and private military contractors (PMCs) remain in northern and southern parts of the country, including in most Syrian oil-producing areas.

Stolen oil is smuggled cross-border into Turkey for sale on the black market, Washington, private US interests, and the Erdogan regime profiting from grand theft.

US involvement in Syria is all about seeking regime change, wanting Assad replaced by pro-Western puppet rule, the country transformed into a client state, Iran isolated regionally, greater "maximum pressure" exerted on its ruling authorities - a failed agenda.

Iran is currently holding joint military exercises with Russia and China in the Gulf of Oman ad Indian Ocean.

Head of Russia's Center for Contemporary Iran Studies Recep Safarov said these first ever joint drills show the importance of the Islamic Republic as a regional security "superpower."

Joint military coordination among these countries is all about establishing security in these waterways, protecting them for international trade, combatting US-supported terrorists, along with showing that Russia, China and Iran comprise a military coalition - for defense, not offense the way US-dominated NATO operates.

According to Russian Foreign Ministry spokeswoman Maria Zakharova, jihadists in Idlib increased their number of artillery strikes throughout December on government forces and residential areas to 60 daily, double their earlier numbers - killing Syrian troops and civilians.

"Russia, Syria, and Iran are killing, or on their way to killing, thousands of innocent civilians in Idlib Province (sic). Don't do it! Turkey is working hard to stop this carnage (sic)."

US-supported jihadists and Pentagon terror-bombing are responsible for hundreds of thousands of casualties since Obama regime aggression was launched in March 2011 - along with the severest refugee crisis since WW II from what's gone on in all US war theaters.

Since mid-December fighting began to liberate Idlib, government forces regained control over southern areas, major battles remaining to free its millions of residents from the scourge of US supported terrorists.

They forced al-Nusra terrorists near Jarjanaz to retreat, dozens of their fighters killed or wounded.

According to the Beirut-based Arabic-language Al Akhbar broadsheet, (US-supported) jihadists in Idlib ignored a days earlier agreed on ceasefire near the Damascus/Aleppo highway.

"They regained control over the territory of 320 square kilometers, which had been controlled by the (US-supported) Jabhat al-Nusra terror group and armed groups collaborating with it."

On Saturday, AMN News reported that a counter-offensive (including suicide attacks) by al-Nusra jihadists in southeastern Idlib was "repelled by the Syrian Arab Army...west of Jarjanaz."

The US also supplied jihadists in Syria with shoulder-launched, man-portable, surface-to-air (SAMS) missiles, able to down helicopters and low-flying aircraft.

Government forces reportedly advanced to about two miles from Maaret al-Numan on the strategic M5 highway, linking Damascus with Aleppo.

Assad vowed to liberate all Syrian territory. Fighting continues in Idlib and elsewhere.

As long as the US occupies northern and southern Syrian territory, restoration of peace to the country and its long-suffering people remains unachieved.

Russia
Kremlin: Default in Russia? Not our problem
14:33
The US will close access to its technologies to the companies supporting Russia
14:29
Russian Finance Ministry refuses to acknowledge foreign debt default
14:02
Teen boy suffers severe injuries as electronic cigarette explodes in his mouth
13:26
Kremlin: Default in Russia? Not our problem
13:16
Welt: Putin prepares a new trap for the West with the help of Bolivia
12:51
Bloomberg: Russia defaulted on foreign debt for the first time since 1918
12:13
Kyiv sacrifices its citizens to protect a military facility from Russia
11:23
KillNet hackers give Lithuania 48 hours to unblock transit to Kaliningrad
10:32
Expert names the four Russian regions that the Pentagon is planning to strike
11:23
Russian Armed Forces block Lisichansk from the south, take hundreds captive
РусскийDeutschFrançaisPortuguese