NATO: An anachronism or the cutting edge of the Arms Lobby?

NATO: An anachronism or the cutting edge of the Arms Lobby? 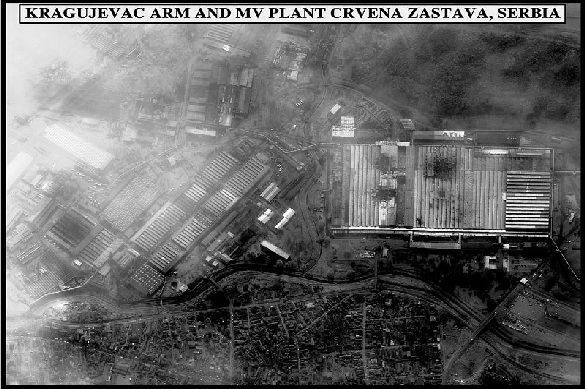 President Emmanuel Macron has called NATO "brain dead", claiming it should focus on real threats and reinvent itself. To what point is this the case?

From the outset, NATO was a fallacy. It claimed to be a defensive organization serving to protect Western Europe and the United States of America against any attack by the Soviet Union, although the structure of the USSR's forces after the Second World War was defensive and NATO's, as we have seen, is and has always been offensive.

In the 1980s and 1990s NATO gave repeated promises to the Warsaw Pact that if the Pact dissolved, NATO would not encroach eastwards. It lied. Now looking at the map we see NATO on Russia's borders in two arenas, namely the frontier with Norway and in the Baltic, while in the south, the flank is occupied by Turkey, a stone's throw away from Russia's southern border and in the center, we have the case of Ukraine, which tomorrow will be a spear in the heart of Moscow.

We only have to look at the history of encroachment and provocation and insolence to see where the heart and mind of NATO lies. The move eastwards is an obvious attempt to station NATO forward bases on Russia's borders, otherwise why would it have lied and moved thousands of kilometers to the east, staged constant acts of provocation and followed these up with insolence and lies in its media??

The constant acts of provocation, and the ensuing lies in the media about Russian aggression. Let us see:  First was Georgia which murdered Russian peace-keeping forces in South Ossetia and was aiming to do the same thing in Abkhazia before Russia intervened with a limited operation to normalize the situation and push the invading forces back. But Russia was branded as the aggressor complete with lies on western media outlets about Russian missile salvoes flying from north to south when the missiles they were showing were Georgian ones traveling northwards.

This was after Kosovo when NATO carved out a narco-state in the heart of the Balkans where today terrorists train for operations in Syria and elsewhere, this after NATO sided with terrorists and organ traffickers (the KLA, or UÇK) and attacked Serbia, and before NATO kidnapped Serbia's President in an act which was illegal by Serbian national, Yugoslav Federal and International Law, and detained him illegally occasioning his premature death under detention in The Hague.

Next came Ukraine, a criminal act of interference in the internal affairs of a sovereign State, in which the democratically elected President was ousted in an illegal coup orchestrated by Washington, before lo and behlod, the Biden family became involved in Ukraine's shale gas project.

Then a military build-up in the Baltic, more lies about "Russian aggression" and more insolence. Russia did not attack Iraq, illegally, based on lies and outside the auspices of the UN Security Council. Russia did not attack Libya, interfering in the internal affairs of a sovereign nation, breaching UNSC Resolutions 1970 and 1973 (2011), strafing Gaddafy's grandchildren with bombs, murdering them and then saying the place they were staying at was a legitimate target in a classic NATO demonstration of a callous disregard for human life and private property, just like any other terrorist organization.

Speaking of which, suppose NATO concentrated on defeating terrorists rather than allying with them as was the case in Libya, the African country with the highest Human Development Index before being touched by the hand  of Satan, turning it into a country which is today crawling with terroristsand has open slave markets? Suppose NATO concentrated on defeating ISIS in Syria rather than stealing the oil from Syria's oil fields and using it to finance other terrorist organizations?

While NATO bickers about spending 2 per cent of GDP on the collective military budget, we must remember that the collective military budget of the NATO member states is already one point two trillion USA (or one point two thousand billion USD, or 1,200,000,000,000 USD) and we may ask how much some of them commit to development projects. A paltry zero point seven per cent of their GDP, so they prefer to spend three times more on weapons systems to murder people than on development projects which would eradicate poverty for good, creating conditions which would counter the appearance of desperation, marginalization and endemic exclusion and poverty, the breeding ground for terrorism.

So suppose NATO teamed up with Russia instead of insulting it and making puerile attempts at provocation, suppose NATO asked China to come on board rather than describing it as "dangerous" and suppose collectively, we all concentrated on development and education projects, making the world less polluted, safer, more agreeable and more propitious for us all to enjoy together, sharing our stories and cultures and beliefs and gastronomy and customs?

It will not happen any time soon because NATO is stuck in the past for one reason and one reason alone: it is an old boy's club, the cutting edge of the military-industrial complex and with one point two trillion USD of collective interests each and every year, a lot of powerful people are making a lot of money out of it in some way, shape or form.

To perpetuate itself, NATO needs to invent non-existing threats (Russia) or not to eradicate existing ones (terrorist organizations) because if the public perceived that NATO was a useless anachronism they would stand up and say hey suppose you spent that one point two trillion USD each and every year on us and why hasn't anyone told me that my country is wasting countless billions on arms contracts when there are school books to be bought and hospital beds to be made available?

For those of you whose Prime Ministers have their bedmaster in Washington, go figure.