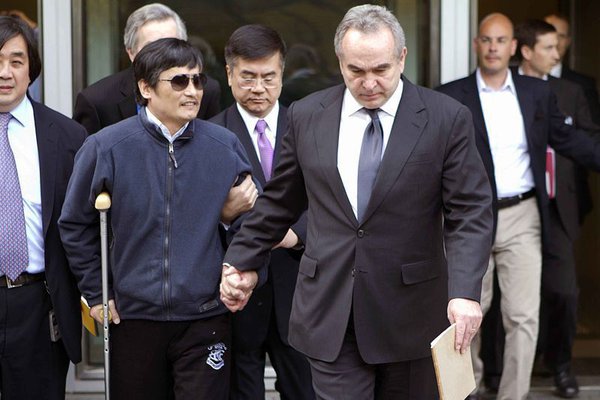 The so-called Global Economic Security Strategy Act of 2019 (GESS) is all about wanting China marginalized, weakened, contained, and isolated.

It's part of the US imperial strategy to undermine China's economic, financial, technological, and military development.

It calls for requiring Trump and future presidents "to regularly produce and submit to Congress a Global Economic Security Strategy."

These "practices" are a US specialty in dealings with other nations, seeking an advantage by fair or foul means - notably by wars of aggression and economic terrorism, wanting all nations subservient to its interests.

Young falsely claimed "(p)redatory economic practices by China and other strategic competitors has the potential to weaken America's national security and our standing in the world (sic)," adding:

"We must combat these predatory practices (sic) by working together with our likeminded partners and allies around the globe."

According to Merkley's disinformation, the GESS "would help ensure that America has a plan in place to respond to other countries' predatory economic strategies (sic), so we can ensure a level playing field and help working families thrive for generations to come (sic)."

Rubio notably is hostile to virtually everything just societies hold dear. Militantly hostile to China, he said the following:

"The (capitalist to the bone) Chinese Communist Party is undertaking a patient effort to reorient the global order to reflect their values and their interests at the expense of ours (sic), including using subsidies and protectionism to build up their capabilities in various key industries while destroying American competitors (sic)," adding:

"This bipartisan legislation recognizes the importance of combatting the threat China poses to US national and economic security by upholding the US-led global order (sic)."

According to Coons, GESS aims to "reduce threats to our nation's economy (sic) and promote fair competition for American workers and families (sic)."

Introduced on November 7, the the measure's full text hasn't been released.

In April 2018, similar legislation was introduced without mention of China in it.

In October, neocon hardliner Mike Pence slammed Beijing, falsely saying "far too many American multinational corporations have kowtowed to the lure of (its) money and markets by muzzling not only criticism of the Chinese Communist Party, but even affirmative expressions of American values (sic)."

Separately on Tuesday, hardline Senator Josh Hawley falsely accused Beijing of building its own political and economic power on the backs of our working class, devastating" US manufacturing (sic).

China and other low-wage countries benefit from offshored manufacturing and other jobs by corporate America.

They're to blame for what's gone on for decades, not recipient countries.

So are bipartisan US policies that facilitate offshoring. Paul Craig Roberts explained that offshored US jobs weren't "stolen by China," adding:

"...America is not losing jobs to foreign competition but to our own corporations moving the work abroad in order to lower their labor costs and raise capital gains and bonuses for owners and executives."

His book titled "The Failure of Laissez Faire Capitalism" explains it and related issues in detail.

"(J)obs were taken to China (and other low-wage countries) by US global corporations, along with the technology and business know-how, for the sole reason of maximizing US corporate profits," he stressed.

The problem lies in the US, not abroad. Politicians from both right wings of the one-party state blame other countries for their abuses of power, betrayal of the public trust, and other wrongdoing.

Roberts explained that "(t)he way to bring jobs home" isn't by tariffs on China or other countries, a wrongheaded policy.

Its by "tax(ing) corporations on the basis of the geographical location in which they add value to their products."

"If US corporations produce in the 50 states for their US market, the tax rate would be low."

"If they produce abroad in China or elsewhere for sale in the US, the tax rate would be high."

Winston Churchill once said: "You can always count on Americans to do the right thing - after they've tried everything else."

We're still waiting after all these years. "The right thing" isn't in the vocabulary of majority US hardliners, wanting things their way and for interests they support - at the expense of everyone else.