US Report on Terrorism Omits Its Leading State Sponsor and Perpetrator

US Report on Terrorism Omits Its Leading State Sponsor and Perpetrator 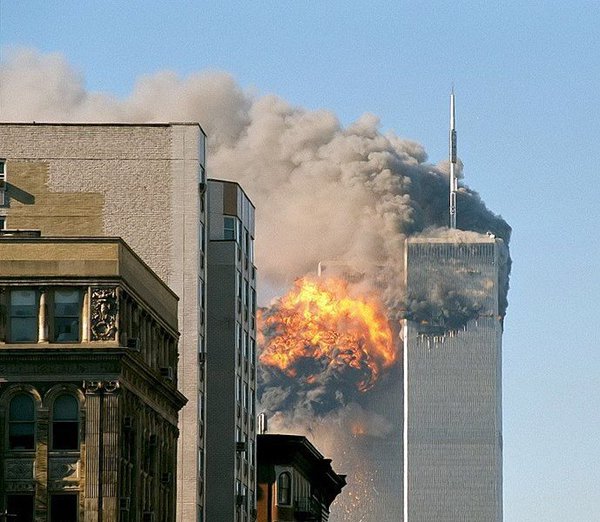 The State Department issues annual reports on global terrorism by country. What's omitted is most important.

What's reported about nations on the US target list for regime change is fabricated, part of its propaganda campaign against sovereign independent countries Washington doesn't control.

The world's leading state sponsor of terrorism USA blames nations, entities and individuals it targets for its own high crimes committed against them.

US law defines terrorism as "violent acts or acts dangerous to human life...(that) intimidate or coerce a civilian population...influence the policy of a government by intimidation or coercion...(and engage in) mass destruction."

In 1994, the UN General Assembly called terrorism "(c)riminal acts intended or calculated to provoke a state of terror in the general public, a group of persons or particular persons for political purposes are in any circumstance unjustifiable, whatever the considerations of a political, philosophical, ideological, racial, ethnic, religious or any other nature that may be invoked to justify them."

Historian Howard Zinn once asked: "How can you make war on terrorism, if war is terrorism...Governments are terrorists on an enormously large scale."

Throughout the post-WW II era, the US waged war OF terrorism, not on it - preemptive wars on nonbelligerent states threatening no one its most extreme form.

ISIS, al-Qaeda, its al-Nusra offshoot, and other terrorist groups are US creations, used as proxy troops to advance its imperium in Syria, Iraq, Afghanistan, Libya, Yemen, and elsewhere.

The US, NATO, Israel, and their imperial allies are state sponsors of terrorism - unmentioned in annual State Department reports.

They falsely call Iran, Syria and North Korea "state sponsors of terrorism" - despite providing no credible evidence proving it because none exists.

In 1984, the State Department falsely designate the Islamic Republic of Iran a state sponsor of terrorism.

Its 2018 report falsely accused Tehran of "continued...terrorist-related activity in 2018 (sic), including support for Hizballah, Palestinian terrorist groups in Gaza, and various groups in Syria, Iraq, and throughout the Middle East (sic)."

Fact: Hezbollah is a legitimate part of the Lebanese government, its military wing for self-defense against genuinely feared US and/or Israeli aggression.

Fact: Hamas is Palestine's legitimate government, elected in January 2006 - falsely called a terrorist organization at the behest of Israel, the same true for Hezbollah.

Fact: "(V)arious (terrorist) groups (in) Syria, Iraq, and throughout the Middle East" are US creations.

Claiming Iran's IRGC and Quds Force are "mechanism(s) for cultivating and supporting terrorists abroad" is a bald-faced Big Lie.

The same is true about falsely claiming Tehran "uses regional proxy forces to provide sufficient deniability to try to shield it from the consequences of its aggressive policies (sic)."

Aggression in multiple theaters is a US/NATO/Israeli speciality, not how the Islamic Republic ever operated throughout its 40-year history - the region's leading proponent of peace, stability, and elimination of nuclear weapons it abhors.

Its legitimate nuclear program has no military component, never had one, despite false claims otherwise - polar opposite nuclear armed and dangerous Israel and America's regional presence with chemical, biological, radiological, and other banned weapons.

As in previous years, the entire State Department report on Iran is an exercise in mass deception.

The same is true about Syria, falsely designated a state sponsor of terrorism by the US in 1979 - for its sovereign independence.

Without just cause, Washington demonizes all nations unwilling to subordinate their sovereign rights to its interests.

The State Department falsely accused Syria "of political and military support to various terrorist groups" - how the US and its imperial allies operate, not Damascus.

Syria and Iran were accused of being "staunch defender(s)" of each other, what deserves praise, not vilification.

The Syrian Arab Republic was falsely accused of "purchas(ing)  oil from ISIS through various intermediaries, adding to the terrorist group's revenue."

The absurdity of the above accusation about the US-supported terrorist group needs no elaboration - the same true for the entire falsified report about Syria.

North Korea is no state sponsor of terrorism. Not a shred of evidence suggests it. Yet the US falsely accused the DPRK of "international terrorism," adding:

"In 2017, the Secretary of State determined the DPRK had repeatedly provided support for acts of international terrorism since its State Sponsor of Terrorism designation was rescinded in 2008" - a bald-faced Big Lie.

Annual State Department reports on international terrorism omit what's most important to include and explain.

Sovereign independent nations and organizations not controlled by the US are demonized, its own highest of high crimes ignored, the same true for its allies.