US Syria Pullout Leaves Troops in North and South

US Syria Pullout Leaves Troops in North and South 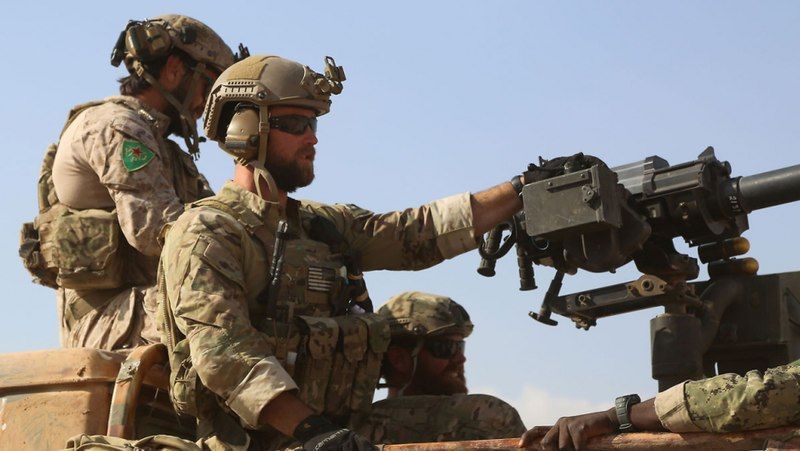 The same goes for US actions in other war theaters - nations smashed for not subordinating their sovereign rights to Washington's interests.

Endless US-orchestrated and/or led aggression rages in Afghanistan, Syria, and Yemen, as well as intermittently in Iraq and Libya.

There's no near-term resolution in these countries because restoration of peace and stability to active war theaters defeats Washington's imperial aims, served by endless wars and chaos.

Russia's intervention in Syria changing the dynamic on the ground, US inability to topple Iran's government, and effectiveness of Yemeni Houthis against Pentagon/CIA-orchestrated Saudi aggression foiled US/Israeli regional aims.

Before withdrawal of unclear numbers of US forces from northern Syria cross-border to Iraq, Pentagon troops controlled around 30% of the country.

Unknown numbers of US forces continue to unlawfully control southern Syrian territory near the Iraqi and Jordanian borders, no plans to withdraw them.

The highly publicized withdrawal of US troops from northern Syria was partial, unknown numbers remaining in control of Syrian oil producing areas on the phony pretext of protecting them from the scourge of ISIS the US created and supports.

On Monday, the Syrian Arab News Agency (SANA) cited a Times of London report about Turkey using banned white phosphorous, able to burn flesh to the bone on contact, in its northern Syria aggression against Kurdish YPG fighters.

On the same day, Czech MP Tomio Okamura accused Turkish forces of committing war crimes in northern Syria, adding evidence shows its military's use of jihadist proxies in its offensive.

Deputy head of the Czech parliament's defense committee Radovan Feikh condemned Turkish aggression - OK'd by the Trump regime, a scheme by Washington and Ankara to partition and control Syria.

Separately, Fars News reported that "US army helicopters have been sighted in heavy operation in Syria's northern province of Hasaka since Sunday morning as eyewitness accounts said the choppers are taking large groups of (ISIS) takfiri terrorists away."

In Syria, Iraq, Afghanistan, and elsewhere, the Pentagon and CIA use ISIS, al-Qaeda, and likeminded jihadists as imperial foot soldiers - arming, funding, training, directing, and transporting them to areas where the US wants them used.

On Tuesday, Turkey's Erdogan and Vladimir Putin are meeting in Sochi to discuss the situation in Syria, a Kremlin statement saying both leaders will address "normalization" of the country's northeast, along with "countering international terrorist groups and promoting the political settlement process."

Ankara is part of the problem, not the solution in Syria, because of Erdogan's revanchist aim to control northern territory bordering Turkey, especially oil-producing areas - putting him at odds with similar US aims and Russia wanting Syrian sovereignty and territorial integrity preserved and protected.

On Saturday, Erdogan said if "promises to Turkey are not fulfilled, we won't be waiting as before. We will be going ahead with the operation and will keep on" combatting Kurds for control of northern Syrian territory.

The situation in the country's north and elsewhere remains fluid, resolving years of US-launched aggression unattainable because bipartisan hardliners in Washington reject it.