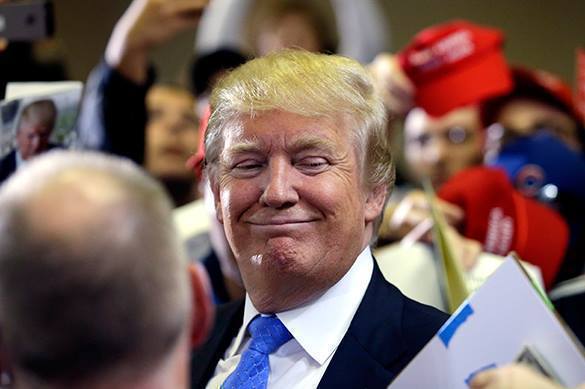 In several previous articles I’ve written for Pravda.Report, I have analogized the rise of George W. Bush and Donald Trump to the highest office in United States government to the rise of Adolph Hitler in Germany.

While I did this with the realization and understanding that, to many people, Hitler represents a unique form of evil, I felt the world would be remiss if they forgot the political tactics and circumstances that allowed Hitler to obtain power, and that many of these tactics and circumstances have contributed to the rise of both Bush Jr. and Trump.

Since Bush Jr. is no longer in office (although his war crimes and use of torture must be eternally condemned, since, thanks to the corruption of the United States legal system, he will never be prosecuted), this article will focus on Trump’s rise to power. First and foremost, it must be remembered that Hitler did not arise in a vacuum: Germany was in the throes of an economic depression; political groups on both the extreme left and the extreme right were vying for power; racism and anti-Semitism were on the rise; and there was lingering bitterness not only over Germany’s defeat in World War I, but also a treaty that much of the German citizenry believed to be unduly punitive and oppressive. In short, the perfect storm for a demagogue and tyrant. Still, despite these circumstances, the Nazi party only received 40% of the vote.

Trump also benefitted from a similar perfect storm: Many Americans were tired and frustrated with “establishment” politics and politicians that were increasingly being viewed as ineffectual and corrupt; this view was reinforced when, just eleven days before the election, then-FBI director James Comey announced a “reopening” of an investigation into Trump’s opponent Hillary Clinton’s purported illegal use of an e-mail account; white supremacists and nationalists were still embittered that an African-American man had won the presidency; and there was a belief that a Clinton victory would not only prolong the wars America was currently involved in, but spawn others as well. Still, despite these circumstances, Clinton received almost three million more votes than Trump, but still lost thanks to an archaic abomination known as the Electoral College, which, since the turn of the century, has paved the way for America, and the world, to suffer under two of the worst and most corrupt presidents in United States history—Bush Jr. and Trump. In addition to these circumstances, Hitler, Bush Jr., and Trump also used similar tactics to achieve their so-called “victories.” Since Bush Jr.’s machinations have been discussed in my previous articles, the focus will be on Trump. Both Hitler and Trump employed the tactic of scapegoating.

This tactic is used to dupe people into believing there are simple solutions to complex problems. This is done by blaming a group of people, usually a racial and/or religious minority, for being the cause of said problems. Hitler did this not only with the Jewish population, but also the Romani, Poles, Russians, Jehovah’s Witnesses, the disabled, and gays and lesbians. Trump did this during his campaign by vilifying immigrants from Mexico, and Central and South America, and, after he took office, African-Americans who protested the injustices inherent in the United States legal system, as well as gays and lesbians. A tragic, but almost certain, offspring of scapegoating is that people become bitterly divided, with members of the race, religion, and/or sexual orientation the “leader” supports considering themselves “superior,” while those unlike them are considered “inferior.”

This naturally increases the incentive for the supposed “superior” group to insult, abuse, assault, and even murder members of the supposed “inferior” group. Trump incessantly fuels this divide by zealously defending the “free speech” rights of those who espouse his views, while seeking to silence those who disagree with him. In fact, at the time of this writing, Trump is threatening to sue CNN for having the audacity to criticize him, while frequently praising his sycophants on the Faux (FOX) News Network who fight like jackals for the opportunity to plant their noses squarely in Trump’s flatulent behind. Both Trump and Hitler also exploit the human tendency to place emotion before reason.

As Hitler wrote, “The driving force of the most important changes in this world has been found less in scientific knowledge animating the masses but rather in a fanaticism dominating them and in a hysteria which drives them forward.” Both have accomplished this through the use of “great lies.” The “great lie theory” contends that, while people will recognize “ordinary” lies told by their leaders, they often fail to recognize “great” lies, due to the belief that, according to Hitler, people “would not believe that others could have the impudence to distort the truth so infamously.” One drawback to this theory is that intellectuals and academics who place their principles above politics can and do often recognize “great lies.” While Hitler’s remedy was simply to have these people imprisoned and/or murdered, Trump (probably much to his chagrin) doesn’t have this luxury.

So, his alternative is to simply holler “Fake News” about every comment or story that exposes his dishonesty, knowing that the mindless members of his cult will neither make the effort nor have the integrity to find the truth for themselves. However, while the circumstances and tactics that Trump used to obtain power might serve as a historical harbinger to prevent the ascendancy of similar demagogues and tyrants in America’s future, the fact remains that he is here, which makes the analogies between him and Hitler even more frightening. During his final days, with the Red Army closing in, Hitler stewed in his bunker, pushing imaginary German troops around on maps, berating his generals as “traitors,” and, quite simply, drifting even deeper into madness. Yet, through it all, his toadies loyally stood by, ready to accommodate his every deranged desire, and placing the whims of a madman above the needs of their country.

While some portion of America’s media is now tenderly touching on the subject, almost all of them are terrified to say it aloud: Donald Trump is going insane. The evidence is clear and irrefutable, from Trump’s claims he is a “stable genius”; to his rantings about his “perfect” telephone call with the Ukrainian president; to his unhinged letter to the president of Turkey; to his cavalier dismissal of the long-suffering Kurds because “they didn’t help [America] with Normandy” (conveniently forgetting that, in the Soviet Union’s mind, millions of their citizens lost their lives because America and England delayed too long in opening up a significant Western Front); to claiming that it was his “great and unmatched wisdom” that led to his withdrawing American troops from northern Syria.

The important element to focus on in these irrational times is not what Trump is doing, but on what he is saying. He is clearly a psychotic, megalomaniacal monster with delusions of grandeur, and a narcissistic sense of self-importance. Just like Hitler, if Trump is not certifiably insane by now, he soon will be, with the Red Army, in the form of well-deserved impeachment proceedings, looming on his doorstep, as he pushes imaginary scenarios around on a map via his mindless, knee-jerk decisions, while condemning those who dare criticize him as “traitors.”

And, like Hitler, Trump’s toadies obsequiously stand by as he drifts further into madness—despicable people like Kevin McCarthy, Devin Nunes, Mitch McConnell, Matt Gaetz, William Barr, and numerous others—who are more than willing to place the whims of a madman before the good of the nation. Who knows why they do so? Perhaps they believe they can turn Trump’s insanity to their own advantage; perhaps they are too egotistical and stubborn to admit they were wrong; perhaps they are simply ignorant, which is not out of the norm given some of the idiocy vomiting from their mouths.

The reason doesn’t manner. What matters is that America, considered to be one of the most powerful nations in the world, is in the grip of a madman, and there are both pundits and politicians who are willing to enable and perpetuate this madness for their own twisted reasons. If something isn’t done soon, it will only get worse.