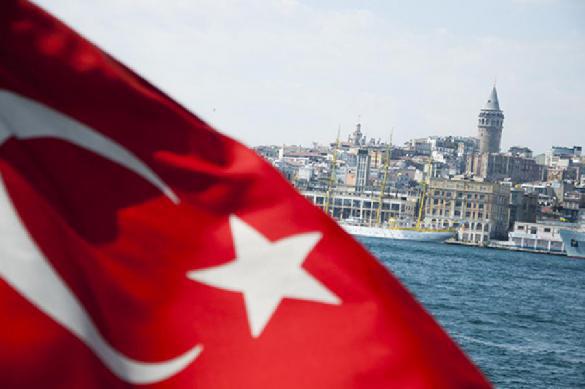 Most EU countries are allied with US-dominated NATO - a killing machine involved in smashing one sovereign state after another.

It's responsible for vast destruction, millions of casualties, and appalling human misery from the rape of Yugoslavia and post-9/11 US-led wars of aggression - based on Big Lies and deception.

The EU supports Trump regime economic terrorist against nonbelligerent Iran and Venezuela - war by other means, intended to crush their economies and try starving their people into submission.

The horror of Turkish aggression in northern Syria and devastation to affected people is relatively minor compared to endless US-led hot wars, economic terrorism, sanctions and tariffs wars, along with other hostile actions against targeted nations threatening no one.

World community outrage over naked aggression should be directed against all its perpetrators - first and foremost at main offenders USA and its key partners against peace, stability, equity and justice.

France, Germany, the Netherlands, Finland and Norway suspended arms sales to Turkey over its aggression in Syria.

A German Foreign Ministry statement said: "Against the backdrop of the Turkish military offensive, (Berlin) will not issue any new permits for all military equipment that could be used by Turkey in Syria."

A joint French foreign and war ministries statement said the Macron regime "decided to suspend all plans to export to Turkey weapons that could be used in this offensive. This decision is with immediate effect."

"We will discuss (possible EU sanctions on Turkey) at the (upcoming) European Council meeting" on October 17 and 18.

There's no resolution in prospect because bipartisan US hardliners reject restoration of peace and stability to these and other countries.

Suspension of weapons sales to Turkey by EU countries ignores their deliveries to and support for Saudi aggression in Yemen, along with all US wars of aggression against nations threatening no one.

Suspensions aren't bans, the embargo likely to be short-term, to be lifted ahead once Turkey's offensive ends or no longer gets world headlines.

Turkey is a NATO member. As part of the bloc, actions against it most likely will be short-term, dirty business as usual with Ankara to resume ahead.

The US wants normal relations with Turkey because of its strategic location and military force strength, second largest to the Pentagon among alliance countries.

Germany values relations with Turkey. In 2018, nearly one-third of its arms exports went to its military.

So far, US and UK arms sales to Ankara continue, the Trump regime, House and Senate considering imposition of sanctions on Turkey, including an arms sales embargo - clearly not intended to be longterm if imposed.

Key questions are unanswered. Who'll act against US aggression? Who'll cease partnering in its endless wars?

Who'll no longer remain silent about its mass slaughter, vast destruction and other atrocities, including use of chemical, biological, radiological, and other banned weapons, civilians treated like combatants?

Who'll demand long ignored accountability for its highest of high crimes, ongoing for decades with no prospect for halting them?

Who'll act first and foremost against the world's leading aggressor and human rights abuser - instead of blaming victims of its high crimes of war and against humanity?