Europe Subservient to US Imperial Interests

Europe Subservient to US Imperial Interests 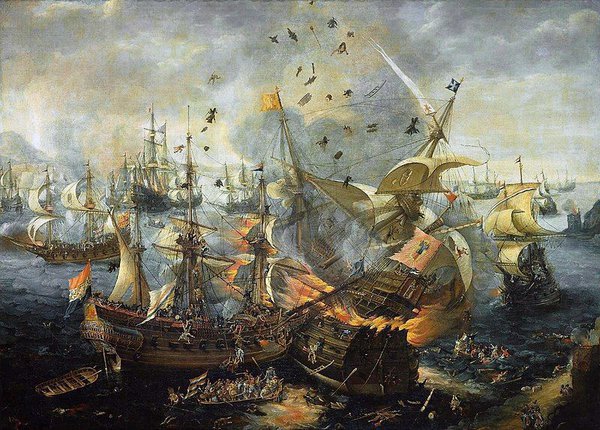 On most geopolitical issues, Europe is subservient to a higher power in Washington under both right wings of its war party.

It's most apparent by joining its war machine on demand, targeting nonbelligerent countries the US doesn't control, wanting them transformed into vassal states.

On all things Iran, Europe pretends to want normal relations, yet goes along with hostile US actions, especially on trade, breaching the landmark JCPOA agreement by failure to buy Iranian oil, gas, and other exports.

It's woefully short of its alleged purpose. What's supposed to be an oil for goods mechanism is only for what the Trump regime hasn't sanctioned, failing to cover exports of Iranian oil, gas, petrochemicals, and other products.

Iranian officials consider INSTEX as scandalous as the oil for food program imposed on Iraq - from 1995 under the Clinton co-presidency through Bush/Cheney's 2003 aggression.

Inhumane UN-approved sanctions on Iraq were responsible for about 1.5 million deaths, on average about 7,000 monthly, including 5,000 children under age-five.

If Iran is mistreated the same way longterm, a similar catastrophe could happen.

The JCPOA was and remains all about normalizing Western economic, financial, and trade relations with the Islamic Republic of Iran - in return for assuring its authorities won't pursue nuclear weapons development they abhor, never wanted, and call for eliminating everywhere.

Europe's failure to observe its JCPOA obligations, allying with the Trump regime's hostile anti-Iran agenda, including falsely blaming Tehran for involvement in striking Saudi oil facilities on September 14, not a shred of evidence suggests it had anything to do with, shows neither the US or its European allies can be trusted.

JCPOA viability hangs by a thread. The INSTEX trade mechanism, bypassing dollar transactions, is more smoke and mirrors than a workable way to facilitate European trade with Iran.

"If these days you see that the Europeans are getting a little closer to the US and becoming its allies (against Tehran), it's not because they saw us in a weak spot, but because they have failed to withstand the US," adding:

"For the past five months, Europe has been trying to give us credit in return for the sale of the Iranian crude oil to make the country stay in the JCPOA, but it has not been able to do even this little job because it is not even allowed by its master to spend its own money for its own security."

Instead of observing international law, abiding by its JCPOA commitments, and maintaining normal diplomatic, economic, financial, and trade relations with nonbelligerent Iran threatening no one, Europe bowed to the Trump regime's hostile anti-Iran agenda.

On Monday, Iran's Foreign Ministry spokesman Abbas Mousavi addressed a report about Brussels warning Tehran that the EU will formally withdraw from the JCPOA if Tehran pulls back further from its voluntary commitments.

It's permitted by the deal's Articles 26 and 36 if other signatories breach their obligations - precisely what happened.

Mousavi: "I have no idea about the European Union's threat, but if it means that they want to use the reduction mechanism, it would be illegal."

"If they want to carry out the snapback (mechanism), such a measure is already dead, because we had expected compensatory measures for ourselves and for them in the JCPOA."

The "snapback" provision refers to reimposing nuclear related sanctions on Iran if found to be in noncompliance with JCPOA provisions, which isn't the case.

If Europe follows the US by illegally reimposing nuclear related sanctions on Iran, it'll breach the letter and spirit of the deal, what the Trump regime already did, a flagrantly unlawful action.

Zarif stressed that the snapback provision "does not apply to Iran at all," adding:

"Our reasoning is absolutely clear, but the Europeans are making instrumental use (of the JCPOA), as they themselves know that this mechanism has no credibility and have announced that (their recent moves) do not mean using the snapback mechanism."

It's a meaningless gesture by excluding Iranian exports of oil, gas, and related products.

Normalizing economic, financial, and trade relations with Europe was why Tehran agreed to the JCPOA. Without normalization, the deal is meaningless.