The attack by the Yemeni Houthi against Saudi oil installations was unexpected as it was sudden and put the Westerners in front of a reality that they preferred to ignore. The Houthi of Yemen are not, that is, a tribe of cave-dwellers badly in tools that delude themselves to resist the most prepared Saudi and Western armies but disciplined soldiers full of ardor, experts of modern warfare and who can get remarkable results with the means that have available. 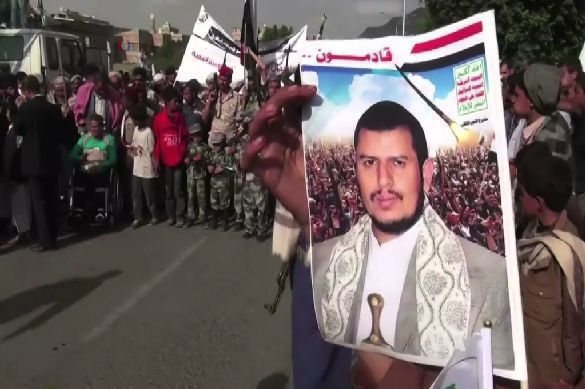 The astonishment that the Western chancelleries caught after the success of the Yemeni attack against ARAMCO installations makes us understand how the West in crisis overestimates itself and insists on looking at the rest of the world with the air of sufficiency of those who have not understood which turn the events really took.

The Saudi Arabia war against the Yemenis is a dirty proxy war on behalf of the United States, part of the Middle East remodeling planned well before 9/11 and started immediately after the 2001 attacks on American soil. To pay the price of this madness, which had and still has as its final target the destruction of Russia and the confinement of China, were the populations of once prosperous countries like Libya, Syria and Iraq that end up in the meat grinder of endless civil wars.

It is worth remembering once again how the Houthi attack has shown how difficult, if not impossible, to defend the thousands of kilometers of pipelines that cross the Saudi desert. The war against Iran, the war that the hawks of the American Deep State want strongly with their Israeli friends, would therefore not be a quiet morning walk but something full of terrible unknowns.

On the American side, the Yemeni attack has accelerated the departure of the super falcon John Bolton that President Trump has replaced with Robert O'Brien as the new national security adviser. O'Brien's past as hostage negotiator leaves hope for a different diplomatic approach. Instead of wall-to-wall negotiations, with the gun on the table, something more blunt, with a different sensitivity. This is the hope, but the reality?

The West has few people trying to counter the insane and endless madness of American neocons. One of them is the Republican Richard Black, Virginia State Senator.

According to Black, John Bolton should not be underestimated, since he is really a very aggressive, unscrupulous and dishonest bully. An individual, Bolton, proud to lie and bloodthirsty, who many times put President Trump in situations that could have triggered a war. The new national security adviser, O'Brien, is also connected to the American Deep State like his predecessors and close to the hawk Mitt Romney but it would be a mistake to think that Bolton and O'Brien are simply interchangeable. Bolton proved incompetent in managing the crisis in Venezuela, trying to impose on the Venezuelans an unknown Juan Guaidò as new president and ultimately embarrassed the White House itself. His continued attempts to wage a war against Iran made Trump understand how his re-election would become impossible in the event of a clash with Tehran. The very composition of the American Parliament would have been distorted, with the possible disappearance of the Republican party itself.

The support of John Bolton (and Mike Pompeo) to the MEK anti-ayatollah militia, the Mojahedin-e Khalq, an anti-Iranian organization that has a huge base in Albania created and funded by US, this support has deepend the rift between Bolton and President Trump.

It is Richard Black's opinion that the Arab springs were one of the CIA's most successful operations. However, it is a success that has caused enormous suffering to the whole world and that has allowed only the start of wars against the target countries. Libya, for example, which before the American (and NATO) intervention was one of the most prosperous and rapidly developing countries of North Africa. Or Syria, where women had and still have great freedom and rights, still under attack by jihadist militia backed by Washington. Before that, Iraq, against which the creative flair of John Bolton broke out, which caused the United States to go to war with the excuse of non-existent weapons of mass destruction. So, the world did not benefit from the Arab springs, not at all.

Then why doesn't the United States seem capable of ending the wars that begin? Here Black is not afraid of speaking clearly, as is his habit: it is the great economic and political interests that are behind the wars and that follow them, to prevent the end of conflicts, even when it is increasingly evident that the enormous military expenses caused from a continuous condition of war, are leading the country to bankruptcy. This is much more than a simple echo of the warning that General Eisenhower, in his farewell address, threw when he warned against the growing influence of the although necessary military-industrial complex and against its insatiable appetites. It is a clear statement, clean, fair about an objective state of affairs and for these reasons it will remain, alas, unheard.

In an attempt to redesign the Middle East, the United States has increasingly supported and defended Saudi Arabia, one of the most bloodthirsty dictatorial regimes that exist and have instead hindered Iraq in any way. Even if Iraq was not a democracy according to Western criteria, it had always allowed that freedom of religion which, if sought in Saudi Arabia, can easily lead to beheading.

The American one is therefore an attitude that does not pay: the target countries of Washington are reorganizing and opening up to markets different from those in the West. China and India are doing big business in Iran, business that could have been done by the Americans if a warlike attitude hadn't prevailed.

Senator Black cannot tell where exactly the drones that hit Saudi oil installations came from but they certainly not came from Iran. The damage suffered by the ARAMCO installations was inflicted by experienced soldiers, the Houthi, who face an enemy, the Saudis, incompetent but bully: unable to use the Patriot batteries that protected the implants, they allowed themselves to be hit by an enemy they believe as inferior. They are braggarts. Bullies.

In the end, the American people are tired of war, tired of the constant war that lasts for eighteen years. We can say that President Trump is right when he tries to avoid a new military adventure with results uncertain but potentially devastating.