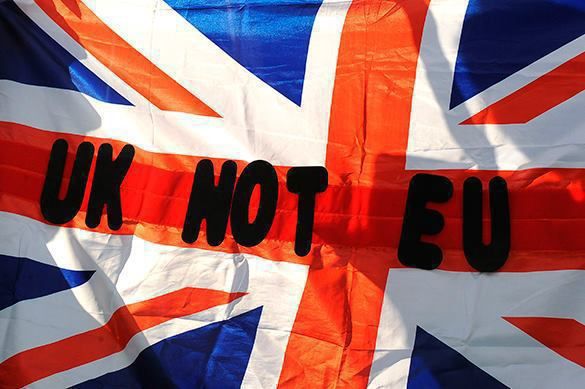 "When a crisis occurs, the actions that are taken depend on the ideas that are lying around."

"Our basic function (is) to develop alternatives to existing policies (so that) the impossible becomes politically inevitable."

Today it's called shock therapy, its central tenet that whatever government does, business does better, so let it operate free from regulatory restraints - no matter the harm to ordinary people.

It features neoliberal harshness at the expense of social justice, unrestrained predatory capitalism, and harsh crackdowns on nonbelievers.

Far-right Boris Johnson's rage for ramming through a no-deal Brexit is all about institutionalizing the above scenario on ordinary Brits, transforming the country into more of a dystopian police state than already - why stopping him is crucial for ordinary people.

It isn't pretty, predicting third world status for Britain if Johnson gets away with his scheme, ordinary people hit hardest, considerable disruption and hardships likely to last months.

If a no-deal Brexit occurs on October 31, businesses and households aren't prepared for the fallout.

One section in the released document is redacted. According to reporters who had full access to Operation Yellowhammer, it covers fuel distribution disruptions and related job losses.

France will straightaway "impose EU mandatory controls on UK goods," it says. The flow of HGVs (heavy goods vehicles) cross-channel could be reduced to 40 - 60% of current levels.

"The worst disruption to the short Channel Straits might last for up to 3 months before it improves...to around 50-70%...although there could continue to be some disruption for significantly longer."

"In a reasonable worst case scenario, HGVs could face maximum delays of 1.5-2.5 days before being able to cross the border." They'll "be unable to (easily) return to the EU to collect another load..."

Brits traveling to and from the EU may face immigration checks and other delays. Transport services may be disrupted.

No disruption in demand for electricity and other energy is expected. A reduced flow rate into Britain "will have an impact on the supply of medicines and medical supplies," making them "vulnerable to severe extended delays."

"Any disruption to reduce, delay or stop supply of medicines for UK veterinary use would reduce our ability to prevent and control disease outbreaks, with potential detrimental impacts for animal health and welfare, the environment, and wider food safety/availability and (infectious) zoonotic diseases (caused by bacteria, viruses and parasites) which can directly impact human

Possible panic buying will further exacerbate things. While public water services should be unaffected, "failure in the chemical supply chain" is a significant risk.

Various cross-border financial services will be disrupted. So will UK/EU law enforcement data and other information sharing.

Brits will lose EU citizenship, "associated rights and access to services over time, or be required to access them on a different basis to now."

Consular inquiries and other help will be disrupted.

"UK pensioners, workers, travelers and students will need to access healthcare in different ways, depending on the country."

EU states may require Brits needing medical treatment in their countries to pay for services.

"Protests and counter-protests will take place across the UK and may absorb significant amounts of police resource."

"There may also be a rise in public disorder and community tensions."

Low-income Brits will be most adversely affected by higher prices and disrupted availability of goods and services.

"Some businesses will stop trade or relocate to avoid paying the tariff which will make them uncompetitive or to avoid the risk of trading illegally, while others will continue to trade, but experience higher costs which may be passed on to consumers."

"Disruption to key sectors and job losses are likely to result in protests and direct action with road blockages."

Disruptions caused by leaving the EU without a deal is their way to force-feed it on ordinary Brits, no matter the disturbing hardships.